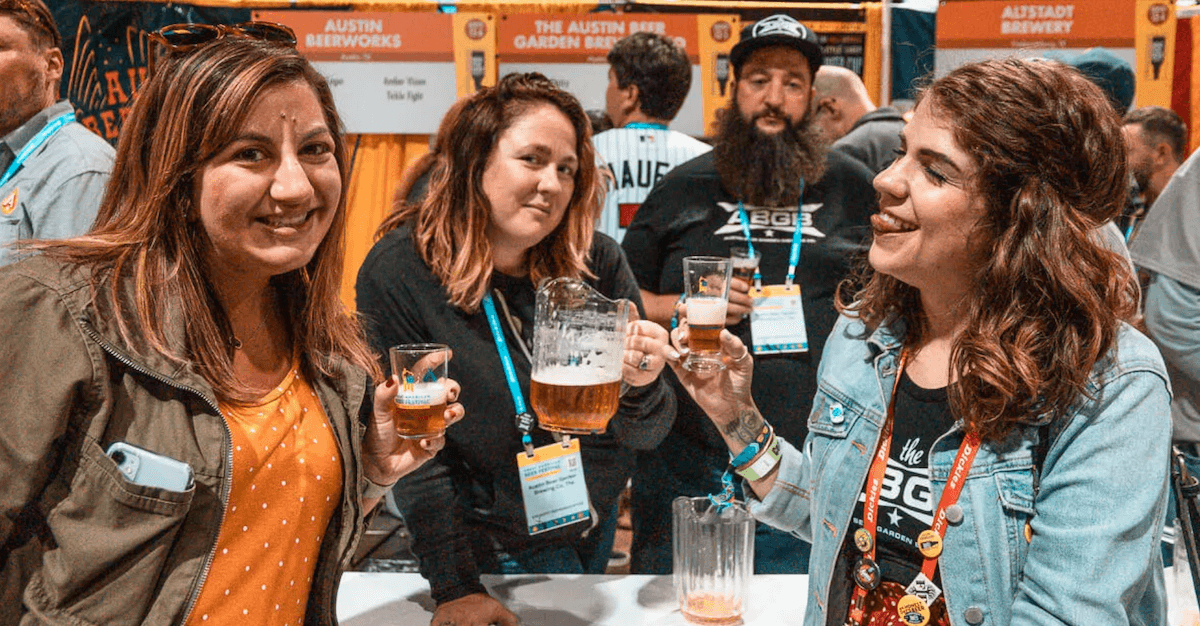 This year the Great American Beer Festival will be happening online and at thousands of local breweries across the nation!

I’ve been to two previous Great American Beer Festivals, which take place every September/October in Denver, Colorado. So to say I was skeptical about this virtual festival is an understatement.

At first, I was like, “Ehhhhh, another virtual fest?” I wasn’t very interested at all. So much of the fun of beer festivals is the social aspect: hanging out with old friends and making new friends.

Read This: A Recap of the 2019 Great American Beer Festival

I looked a little deeper at the “schedule” and the “passport” and found that it is actually going to be quite a cool experience!

Normally, the festival is a yearly tradition that runs for a few days in September or October. The festival brings in tens of thousands and beer drinkers to sample over 4,000 beers from 800 American breweries.

Getting tickets to the festival is incredibly hard as well, and a bit pricey ($85). This year, with the virtual GABF, tickets, or “passports” as they’re calling them are a mere $20. In addition to the online content, including access to brewery deals between October 1-18 at 1,000+ breweries from all 50 states.

Along with great deals at local breweries from October 1st – 18th with your Passport, there are some virtual events that you can tune in to from your own home. Preferably, with a local craft beer in hand!

About the GABF Passport and How it Works

The GABF team decided that they couldn’t imagine a year without GABF (SAME). So in 2020, we’ll all be coming together, but instead of coming out to Denver, we’ll be celebrating virtually and locally the 39th annual Great American Beer Festival.

GABF is bringing the festival nationwide through their “passport” program. Purchase your Passport for $20 and get access to Awards Ceremony Presentation (normally only for media and brewers), Virtual Great American Beer Festival schedule of speakers, and Nationwide deals on beers at your favorite breweries. (Below is a full list of Texas breweries participating in the 2020 GABF)

Below is a list of Texas breweries offering special discounts or tastings for passport members. Let me know how many you’ve visited!

3 Nations Brewing – Carrollton, Texas: $2 off your first beer, when you visit the 3 Nations taproom.

Altstadt Brewery – Fredericksburg, Texas: Half off all pints of beer.

Cowtown Brewing Company – Fort Worth, Texas: All Passport holders receive their Happy Hour pricing throughout the entire event, October 1 – 18. That means, $2 off all appetizers and $2 off all pours, excluding special releases.

Hold Out Brewing – Austin, Texas: Hold Out Brewing will be releasing the first beer in a new Artist Series called “Hard In The Paint.” Passport holders will have access to a limited, special edition print designed by Lauren Dickens, the first artist in their series. Prints will be available with the purchase of a 4-pack, and will be around while supplies last.

Künstler Brewing – San Antonio, Texas: Free half pint of exclusive 2020 GABF special release beer. Buy one one full pour, get one half off, limit to two per passport holder. Keep the 1/2 pour Kuenstler glass (1 per passport holder.) 15% off crowlers togo. 15% merch; Additional perks during Awards Ceremony.

Longtab Brewing Company LLC – San Antonio, Texas: 10% off all beer purchases and 10% off all apparel and swag.

Oak Highlands Brewery – Dallas, Texas: Half price on your first glass of beer

Rahr and Sons Brewing Company – Fort Worth, Texas: 25% off at Rahr Beer to Go. No discounts on packages or bundles.

Real Ale Brewing Co – Blanco, Texas: 10% off Real Ale GABF 2020 entries for the month of October and a FREE sticker pack with all curbside Beer to Go orders for the weekend of the virtual festival (October 16th/17th) (Pictured above)

Save The World Brewing Co – Marble Falls, Texas: Buy a 6 pack, and get a free bottle koozie.

Tall City Brewing Co – Midland, Texas: $2 off any GABF pint or flight from taproom. Get 15% off any online merchandise purchase with Coupon Code. ONE TIME USE ONLY VALID 10/1 – 10/18.

Vista Brewing – Driftwood, Texas: Free 4oz sample of any draft beer of your choice. 50% off a pint or beer flight. Exclusive access to GABF Limited Release Beer for and purchase. 10% discount on Vista branded merchandise. One time use only. Deals to be used only by the passport holder. (Pictured above)