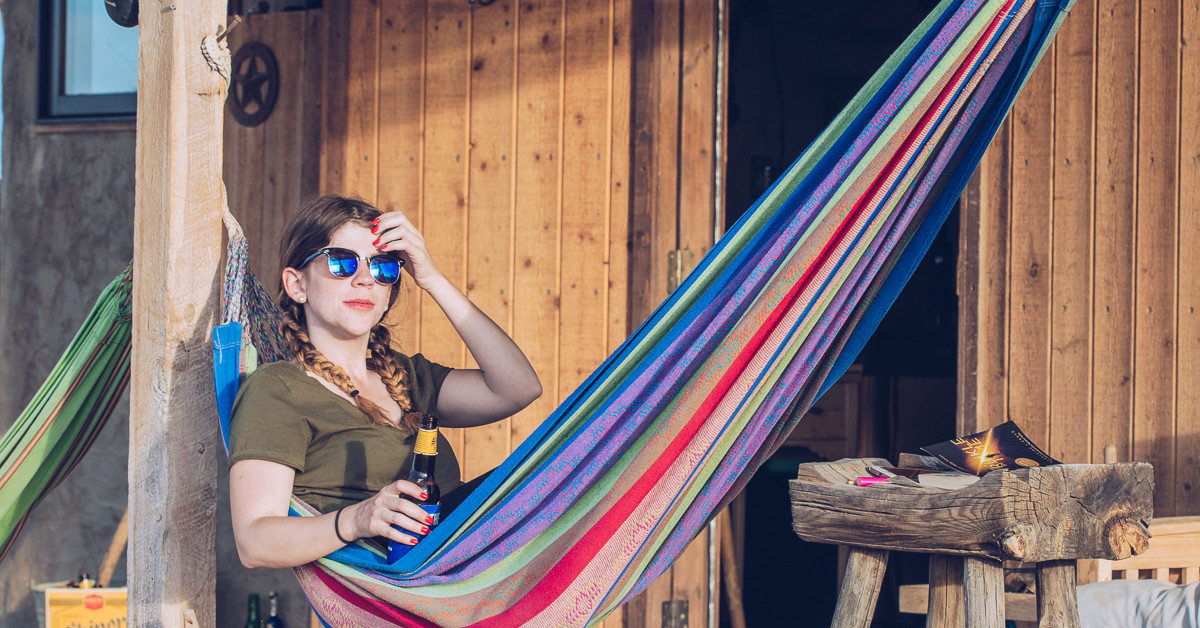 Ya’ll should know enough beer related stuff about me by now. But what about the girl behind the beer– and behind this blog? Who is she?

Well, it’s no fault of your own if you can’t answer that question.

I’m an insanely private person. And it’s insanely challenging as a blogger and social media influencer. Honestly, it’s a challenge as an adult human being…

In an attempt to be more personal, and write less guides, I’m writing this little list. I picked 29 simply because that’s how old I am.

Alright, let’s break down these walls and do this!

1. My favorite food is anything spicy.

3. My boyfriend, Jason and I met at a work Christmas party. We’d been coworkers for awhile before that, but at the Christmas party was when the sparks started to fly.

4. I was in a sorority in college: Alpha Sigma Tau. I was the event planner and it was both, some of the best times in my life, and some of the most stressful.

5. I love Game of Thrones. I’ve read the books a few times so it kind of makes me feel like I snob every time I say, “Well, in the books…”

6. Speaking of books, I love reading books! I was an incredible reader as a child and I hoard books even now. Sorry Marie Kondo, every single book sparks joy.

7. I so badly wanted to be a music video director when I was little. I loved that MTV show, Making the Video and thought it must be the coolest thing to create something like that.

8. I was in the foster care system as a teenager. I lived in one group home, and three foster homes in a period of a few years. I have bittersweet feelings about the whole ordeal, especially now since my mom has passed and my dad vanished. This is something I never tell people, so I’ll just leave it at that. :)

9. My favorite movie is Moulin Rouge and Reservoir Dogs. I know, total opposites. But I LOVE an ensemble cast.

10. That’s why I love Saturday Night Live. I never miss an episode and I’ve been watching it since I was in the 7th grade. My dream is to one day attend.

12. I have major sensory issues that date back to my childhood. For example, I CANNOT touch ice. I can have it in my drink and even eat it, but I can’t stand to touch it with my skin. Ugh, I’m cringing just typing this.

14. I have one sibling, an older half-sister who is ten years older than me.

15. Which means I’m an aunt to an insanely funny and creative niece and one brave and loving nephew.

16. My favorite book is To Kill a Mockingbird by Harper Lee. I read it at least two or three times a year.

17. I have six tattoos. And I mildly regret all of them but one.

18. That one is a picture of a ‘hat’ from Le Petit Prince, by Antoine de Saint-Exupéry, a French children’s book that I first read in high school.

19. I was 23 the first time I flew on a plane. And it was for a month-long solo trip to Puerto Rico and I had a blast!

20. My favorite city in the world (that I’ve been to) is Mexico City.

22. I have no interest in traveling Europe. Instead, I have dreams of South America, especially Colombia and Chile.

23. I’m not an athletic person, but I do love to box (I’ve been meeting with a trainer for over a year now). Lately, I’m kinda getting into running, mainly short runs on trails.

24. I studied three years of French in high school and minored in Spanish in college, but don’t remember much to impress anyone. One day, I’d love to get back into Spanish.

25. I swear, I have the WORST memory. Those of you close to me are probably aware of this.

27. I used to be a ‘scene/emo’ kid in high school. See photo below as evidence.

28. But that also turned me onto a passion for live music.

29. And luckily, living in Austin, which I have for three years now, I get to experience so much incredible live music, both local acts and the big stars!

So what do you think? I’m hoping to open up more and share with you all more about who I am, beyond the beer…

I Get Paid to Drink and Travel: Confessions...

The Art of Writing Blog Posts for Search...

9 Texas Hill Country Breweries That Are 100% Worth the Drive