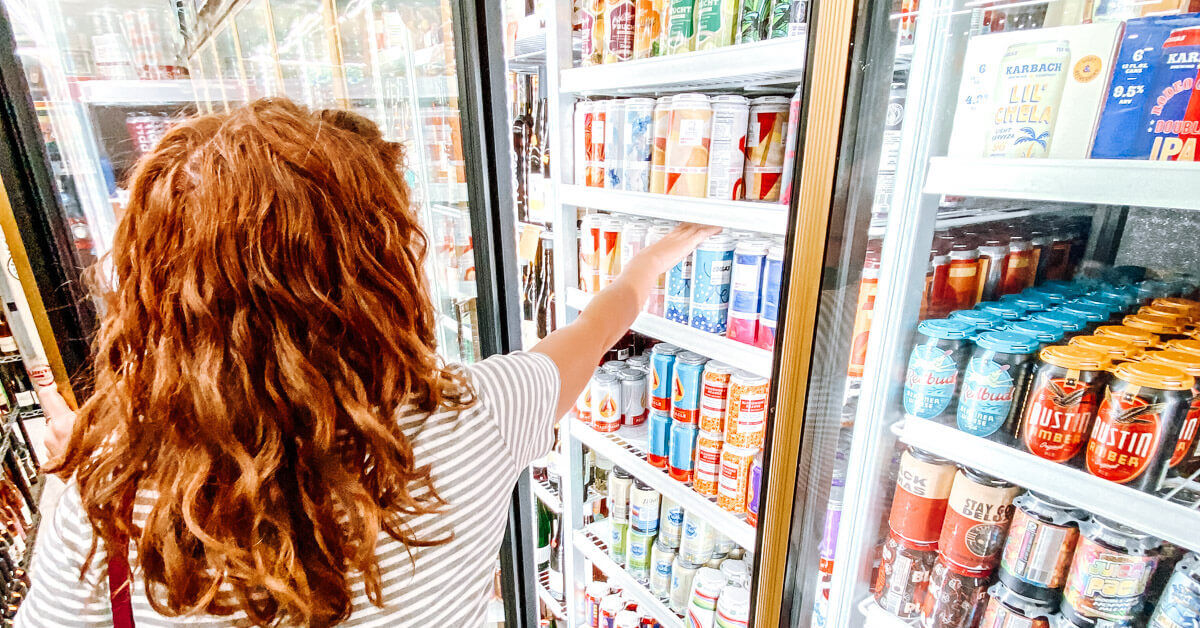 Whether you’re visiting or just looking for a new local beer, this list of Austin beer stores is here to help you find your new favorite bottle shop.

Austin is one of the best cities in the country for beer drinkers. With an abundance of breweries, microbreweries, and taprooms, Austin has something for everyone. You can even find a local brewpub or two in most neighborhoods.

But what about buying your favorite craft beer? This guide will help you navigate your way to the best bottle shops and beer stores in Austin.

So there are plenty of places to buy beer in Austin, breweries not included. But not all “places-to-buy-beer” are created equal. Not even close. That being said here are the top bottle shops in Austin. They are very much neighborhood-centric, but that’s what is so special about a beer store! A place where everyone knows your name sort of deal…

Something that is quite unique about Austin, IMHO, is that most of these bottle shops are inside of very unsuspecting convenience stores. You’re just going in to pay for some gas and pick up some Funions… but wait– what’s that?

Rows and rows of beer. From local favorites to hard-to-find special releases. These stores offer so much! Additionally, I’ve always found the staff at bottle shops to be some of the most helpful around. They are so eager to help you find beers that you’ll love.

Looking for something specific?

This is the best beer store in Austin. Period. We have some other great bottle shops, but WhichCraft? No, these folks are the best.

At their Mueller location, you’ll find rows and rows and coolers of local and hard-to-find beers, ciders, and more. Additionally, their bottle shop features a long tap list, the ability to order beers in different sizes, and WiFi!

All in all, WhichCraft is more than a bottle shop. It’s a great place with heaps of beer and WiFi, yes, but it’s also one of the most knowledgeable spots to come and buy some beer. The staff is so helpful and passionate!

I recommend this place to everyone who asks the question, “What’s the best beer store in Austin?”, and I’ll tell you what– I’m not the only one either!

Another one of my favorites, but they can be a bit pricey. Their selection of “regular” beers is solid, but what I love about them is their selection of rare and harder-to-find beers. Both local and from out-of-Texas.

Owned by Mumbai native, Sam Rozani, Sunrise Mini Mart is a cool spot with very helpful and friendly staff. It takes about two visits until they start to remember you and chat you up about the new beers they’re getting in.

Also, it’s a great spot to pick up a bottle or two if you’re into wine. Finally, next door there is a great liquor store if you’re looking to pick up more than beer or wine.

AND APPARENTLY Sunrise is in the works to open up a bar right across the street. I’ve been eagerly waiting for any new news about this spot, so I’ll make sure to keep ya’ll updated! PS Now’s a good time to follow Big, World Small on Instagram if you’re not already!

Step inside and find all your favorite craft beers with over 150 different options at The Brewtique. This Austin-area bottle shop has a taproom that allows you to stay awhile and sample some brews, or purchase them for take-out.

With nearly two decades of experience in the beer industry, beer store owner Scott enjoys talking about all things beer to help you find your next favorite! Their convenient location is in Cedar Park, where many new breweries have popped up recently. Definitely check them out next time you’re in the area!

Whip In is unusual, but yet totally an Austin icon. This bottle shop has been operating since 1986, and the Topiwala family has been at the helm of this unconventional location.

The atmosphere at this bottle shop is laid back and fun while still being strange – somewhere between a convenience store and a traditional Indian restaurant. They offer authentic Indian cuisine that tastes great! But what really makes Whip In so special is their beer selection as they feature over 70 taps as well as plenty of beer and wine to go.

Serving the east side of Austin, this bottle shop offers an impressive selection of the best craft beers from around and Texas and beyond. This spot is one of those unsuspecting corner convenience markets that is filled to the brim with local goods, including a delicious craft beer selection.

Ok, so these next few bottle shops are more for the Austinites. If you’re visiting Austin, GET OUTTA HERE! Go back up and support one of our local beer stores!

Ok, so not all HEBs are made equally, especially when it comes to their beer selection. That being said, here are the locations that I know have great beer selections!

Which is Better: Spec’s vs. Total Wine vs. Twin Liquors

Ok, so between these three, I’ve found there to be one clear winner: Total Wine. When it comes to beer, Twin Liquors has a crap selection and Spec’s is known to have not-so-fresh beers.

That being said, Total Wine is a mecca for anyone who loves booze. Especially the location in Mueller. I still remember the first time I went into one!

I mean the vibe, the ambiance, it’s very high-class. *drinks beer with pinky out*. I really enjoyed picking up beer at Total Wine when I was doing my Cicerone studying as I found they have tons and tons of imported beers and all types of brews from large breweries across the US.

Looking for more Austin craft beer? I’ve got you covered! Check out these beer guides:

Have a recommendation for a beer store missing from this list? Send me an email or hit me up on social!

Best Places to Visit in January: Where to Travel in January 2022