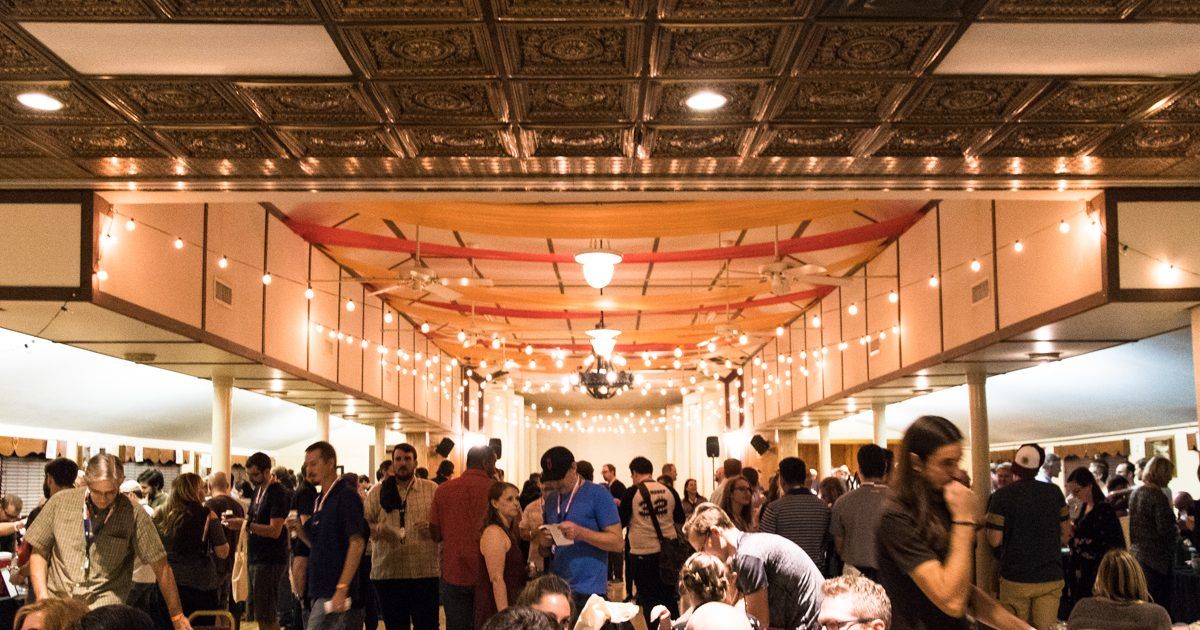 I’ve been to plenty of beer festivals, the massive ones and the small ones. And each great beer festival is special in their own unique way. This festival, the Austin Homebrew Festival, was one of the most exciting ones I’ve been to.

Imagine a beer festival made up of your area’s local homebrewers. That’s the basic explanation of the Austin Homebrew Festival. 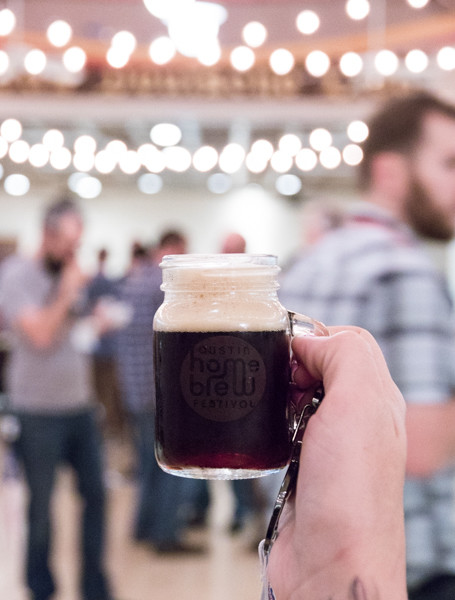 But to just go on about that would be a serious injustice to the two dozen Austin homebrewers pouring at the beer festival. Each one of them were excited and eager to pour us some of their beer. Many of the homebrewers took time to talk to us about all they were pouring and their passion: brewing beer. 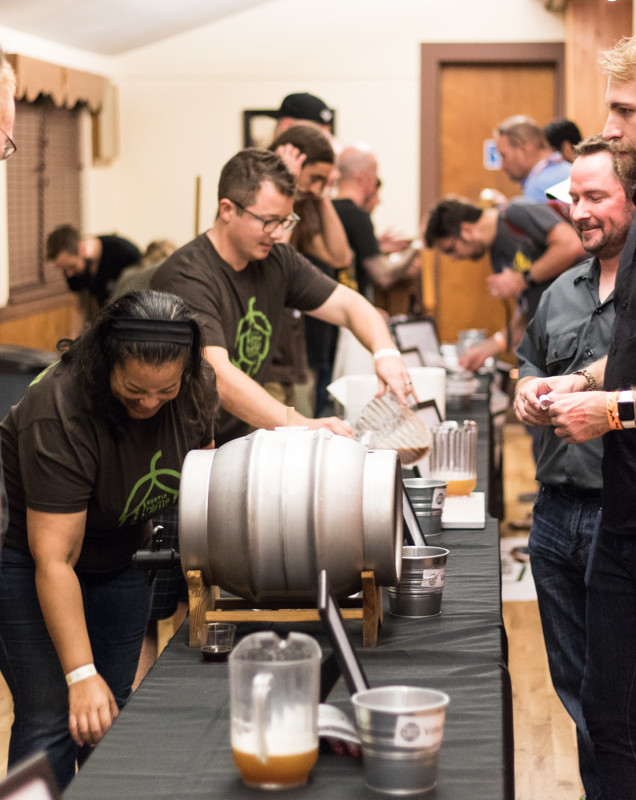 The annual homebrew festival has two winners with first place being the “Special Jury Award” voted on by industry judges. This year’s winner was Brad Janowski, his beers were:

Second place was the People’s Choice Award voted on by the attendees at the Austin Homebrew Festival. Everyone was given a wooden coin along with a tasting mug. And your coin was your vote.

Going around to each homebrewer, they were more than happy to let us try a bit of each style they brought. There were a few who had room for improvement, but overall I was incredibly impressed by all 22 homebrewers and local groups (even Austin Homebrew Supply brought a few brews!) in attendance.

Our favorite, hands down, was a Dave and Tiffany Moore, a couple with more than 10 years of homebrewing experience. That’s who we voted for, and that ended up being the People’s Choice winners.

I had a feeling they would, not only after tasting my first beer, but when we voted and the bottom of their bucket was already covered in wooden tokens. They brought 3 styles, a New England IPA, a Barrel-Aged Imperial Stout aged in barrels from Garrison Brothers, and my favorite a Wild Saison.

Dave and Tiffany Moore of Definitive Ales told us that they had been brewing for ten years, and have had a blast traveling. While on the road, they learn about new styles and methods, which serve as great inspiration for brewing their own beer when they get back home. 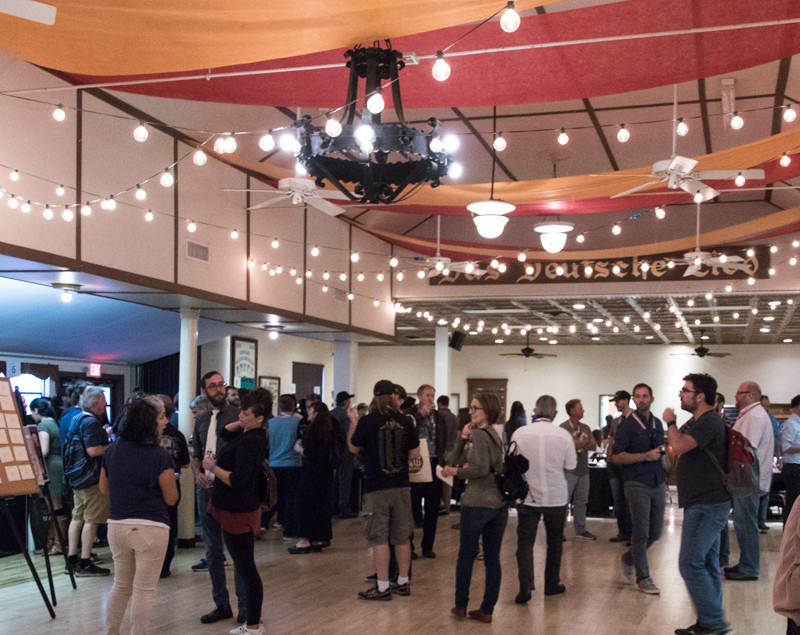 The homebrew festival was incredible, and I learned tons about the local scene while drinking the homebrews and talking to the people who brewed them. Here are a few of my other favorite styles:

Jeff Stuffings was once a lawyer (he earned his degree from Boston College!) who brewed beer at home as a hobby. This was long before before he built and grew Jester King to the revered craft brewery it is today.

And that’s what I love about craft beer. The roots and the supportive community that tend to and help the community grow as a whole.

This week is the Austin Homebrew Festival and I couldn’t be more excited to attend. Even though I’m not a homebrewer, this Austin beer festival proves to offer plenty to someone like me: a lover of Austin’s craft beer community and strong supporter of small businesses.

I’ve met and hung out with homebrewers in Austin before. And I just loved hearing their passion and understanding the thought and consideration behind crafting those fine ass beers we all love to drink.

So there’s a whole slew of reasons I’m excited for this years Austin Homebrew Festival, and here’s why you, especially you homebrewers, should be too. 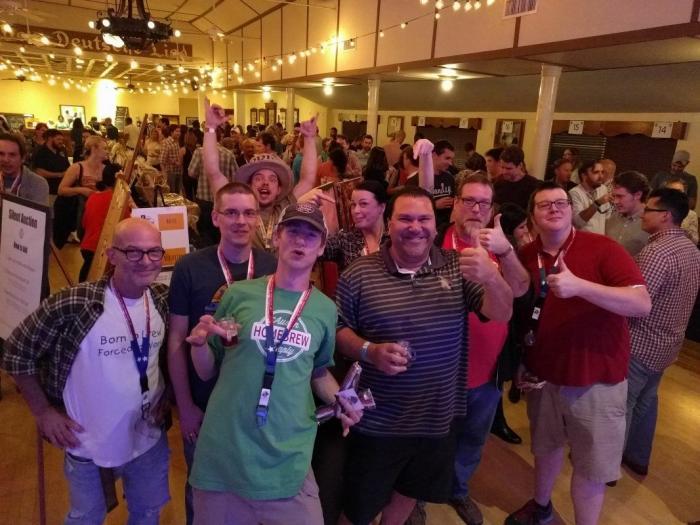 To attend the event you’ll need a Austin Homebrew Appreciation Society (AHAS) Membership. That membership though, gets you a membership card, a commemorative tasting cup, and free entry to the annual Austin Homebrew Festival, as well as invitations to other member events throughout the year.

So you’re not purchasing a ticket to attend this event, you’re purchasing a yearlong membership to AHAS and attending a member’s only event.

The annual Austin Homebrew Festival brings together local home brewers and beer aficionados, as well as judges from local craft breweries and retailers.

Attendees enjoy tastings from 20+ homebrewers and vote on their favorite brews, participate in a raffle for cool beer swag, and mingle with other homebrew enthusiasts during this evening event.

Along with a People’s Choice award, there will also be judges casting their own votes for favorite homebrews. 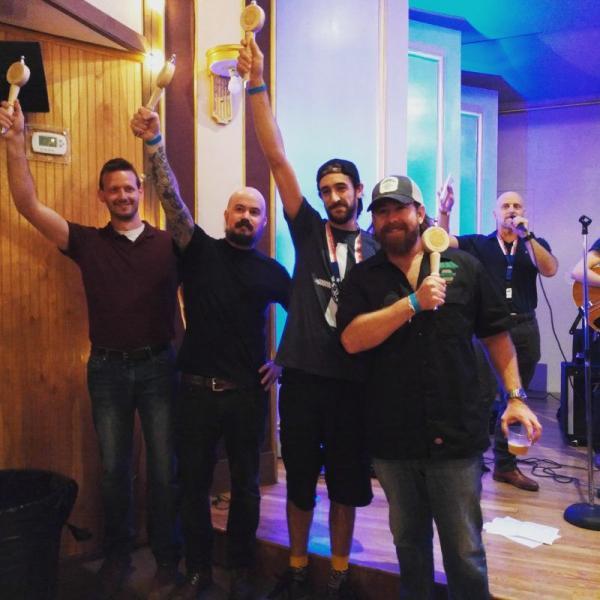 Complimentary light snacks will be available during the VIP member reception, with food available for purchase during the entirety of the event from M’Lady Bakery.

Attendees will be able to purchase raffle tickets for prizes including beer swag and other local items. They will also be raffling off a grand prize of a kegerator courtesy of Austin Homebrew Supply.

In accordance with state laws (ugh thanks TABC) that govern homebrewing, this festival is a “members only” event. By purchasing an annual AHAS membership, you will receive complimentary entry to the festival.

For a full list of homebrewers and home brewing clubs that will be in attendance, jump over here to this link.

*Spoiler alert, it’s a great lineup showcasing all that is great about Austin’s local brewing scene

The Austin Homebrew Festival celebrates the best of Austin’s homebrewed beers, meads, ciders, and kombuchas. Award-winning homebrewers from all over Central Texas participate, with high quality brews to be expected at the annual festival.

The Festival offers guests a chance to taste brews from over a dozen homebrewers, vote on their favorite brews for the coveted “People’s Choice Awards.” In addition, a jury of local craft beer professionals will select their favorites of the Fest. Food will be available for purchase from local food vendors.

As guests mix and mingle, they’ll enjoy local music, as well as peruse their beer-centric raffle and homebrew and fermentation demos.

If you’re interested in homebrewing, currently homebrewing, or looking to learn more about Austin’s local homebrewing scene, this is an event you will not want to miss.

Are you attending this year’s Austin Homebrew Festival? Let me know in the comments so we can hangout! :)