“The more breweries the better.”

That was something Mike Alvarado, General Manager of the new Ballast Point Brewing in Daleville, Virginia, said to me several times during our interview on my recent visit home. 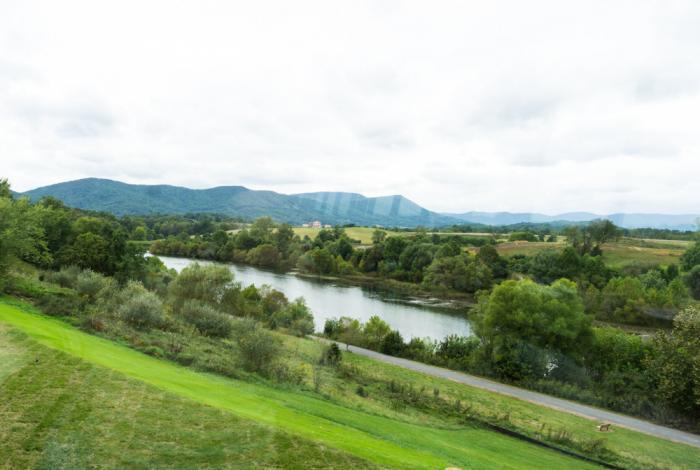 Daleville, Virginia: start planning your next craft beer vacay up this way. :)

I was born and raised in southwest Virginia, so trust me when I say there’s plenty of room for craft booze.

That’s what makes the arrival of big west coast breweries such as Deschutes (Bend, Oregon) and Ballast Point (San Diego) so exciting. Not just for me, but the whole state. 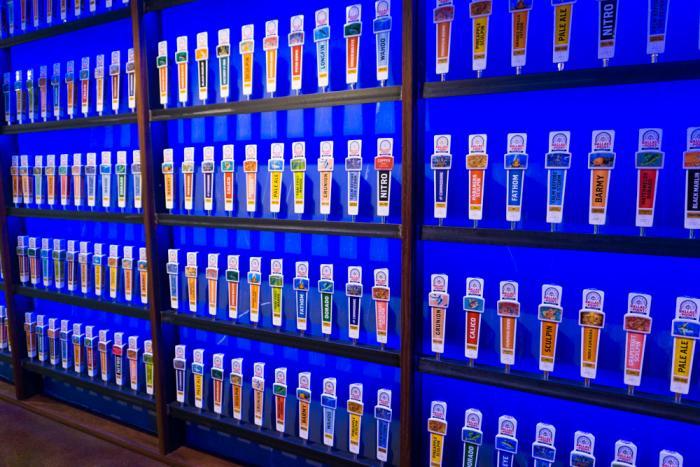 When I say big, I really mean huge. Ballast Point Brewing has been around for more than two decades, yet Virginia is their first move off the west coast.

There’s a few different reasons why, beyond my personal opinion. From a brewery standpoint, southwest Virginia, Daleville specifically, was perfect for a new Ballast Point tasting room and kitchen.

Just like Hill Country, my hometown in Virginia is known for having incredible water, a crucial ingredient in craft beer. 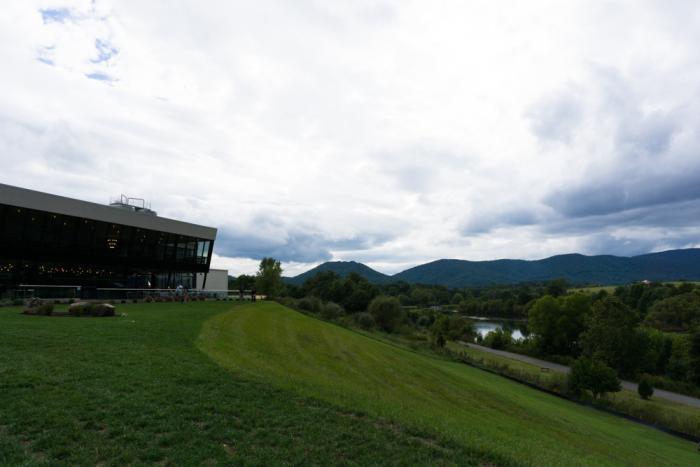 Plus, this area is only a short two hour drive through the Appalachian Mountains from Asheville, North Carolina.

Either way, I think they’ve chosen one of the most beautiful spots of land in the area. And they’re already making a positive difference in the area.

Virginia is for Sculpin Lovers

During my fall trip to visit with family, checking out Ballast Point Brewing in Daleville was at the top of my list.

It’s hard to get Ballast Point beer in Texas, we get some of the most popular styles, but this brewery cranks out dozens and dozens of incredible beers that we aren’t blessed with

From the award-winning IPAs to a large selection of malty beers, and of course sours and new experimental styles, the brewery HAS BREWED IT ALL. (and then some!) 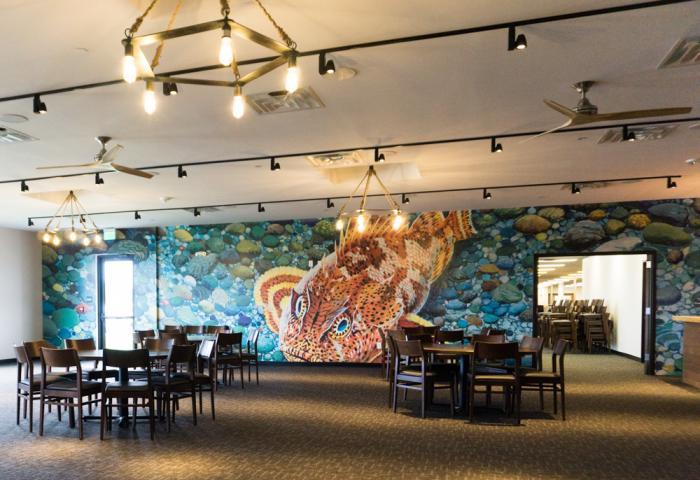 Paul Elder has the dream job for any artist with a taste for craft beer. He’s the dedicated artist for Ballast Point Brewing, and the genius behind those colorful pieces. 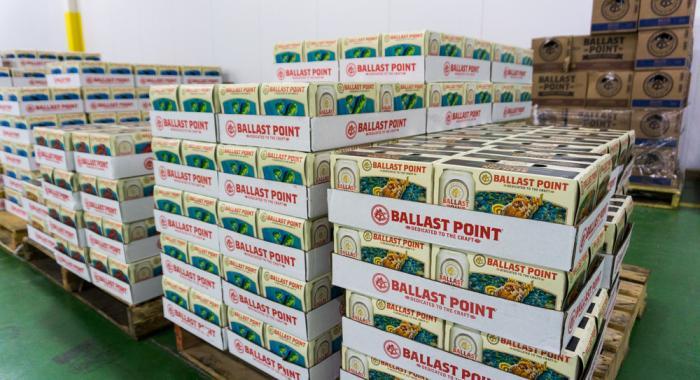 Each square is each award Ballast Point beers have won. This was a massive wall…

I checked out the tap list for the Daleville tasting room, and was floored by the number of beers on tap.

There’s a little over a hundred beer lines and taps, and during my visit there were 42 different beers on tap.

I seriously wanted to turn my visit in a little mini-beer festival for one, but I needed first to check out the brewery that was making home in my old stomping grounds. 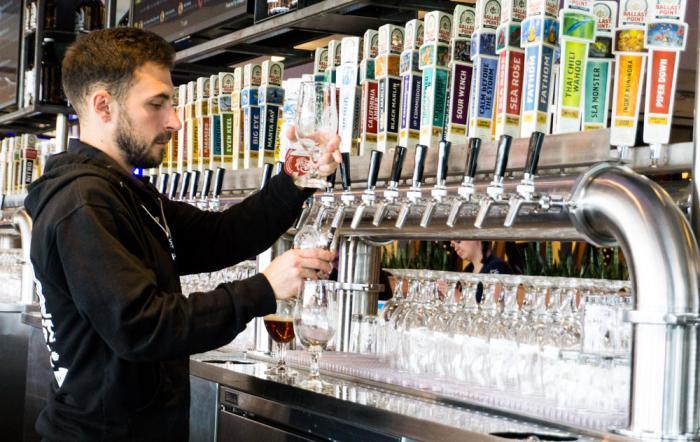 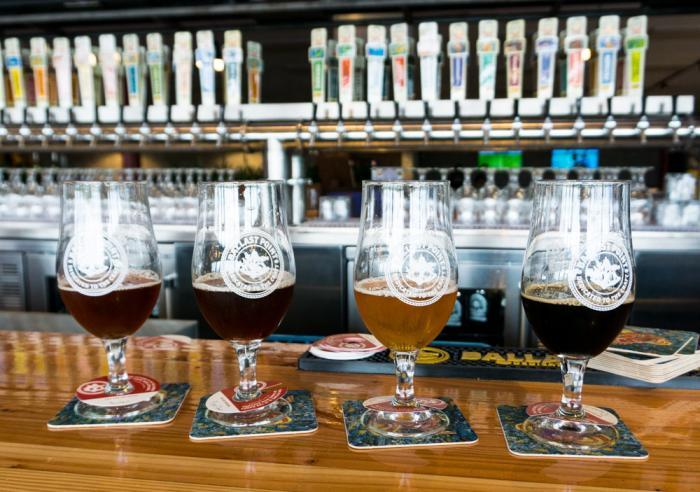 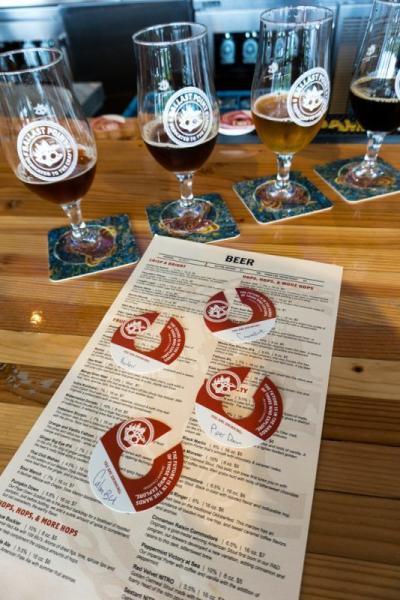 Check out the photos below and hear the story of Ballast Point’s arrival, their impact on the area, and what it looks like on the inside of a 4,000 square foot cooler of Sculpin IPA. 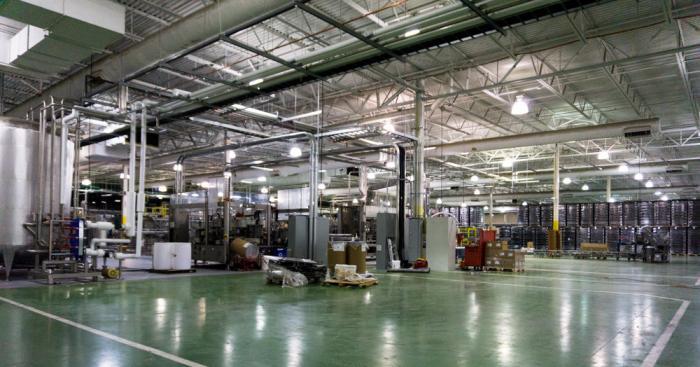 45 employees work the taproom, while 45 or so run the warehouse and brewing processes. That number is surely to grow as this facility reaches capacity. 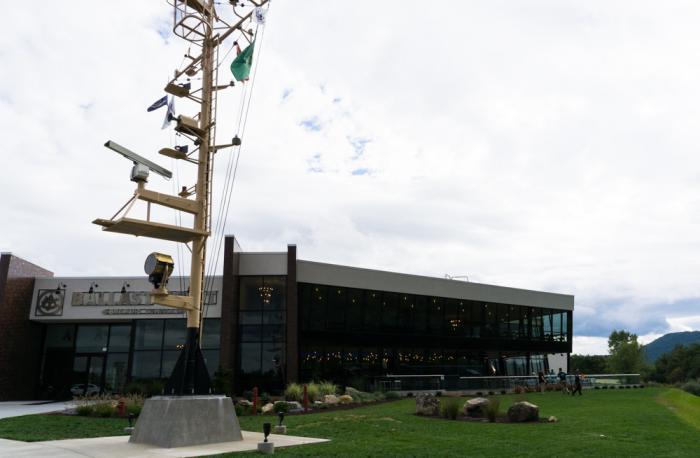 This mast, refurbished by Black Dog Salvage in Roanoke, is from the former USS Zuni, a naval salvage ship in commission for three years that was the last afloat from Iwo Jima.

Later, the ship, renamed The Tamaroa, was used by the Coast Guard in the helicopter rescue of a sailboat, later depicted in the film, “The Perfect Storm.” 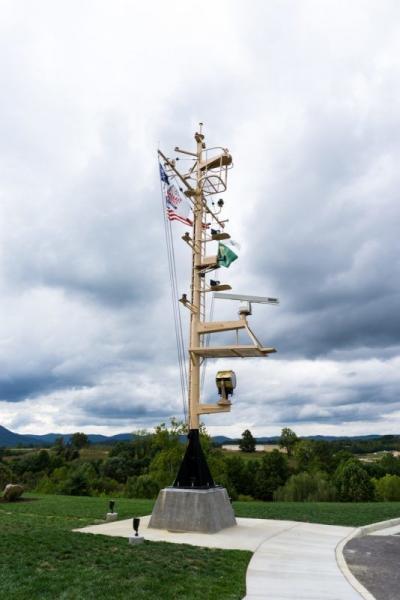 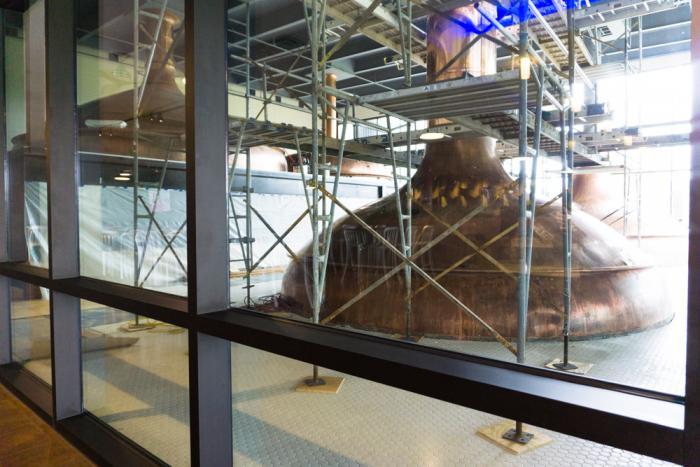 4 stainless steel, copper-platted beer kettles like this one, originally from a brewery in Germany, sit behind walls of glass next to the taproom. Fun fact, these guys are 20×20 feet and weigh 13.5 tons! 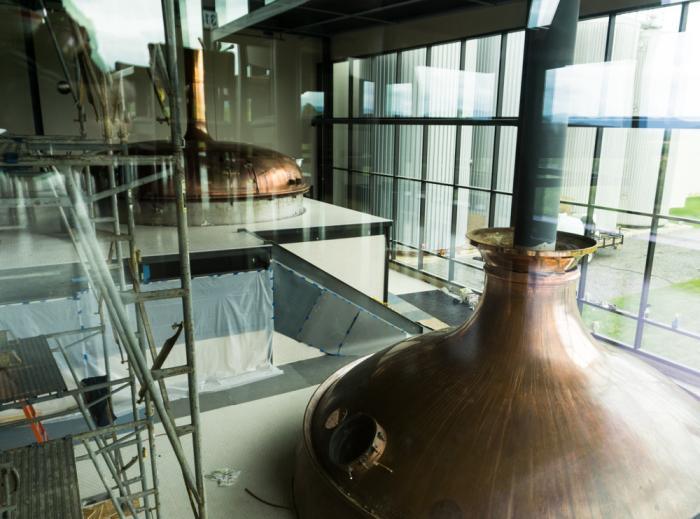 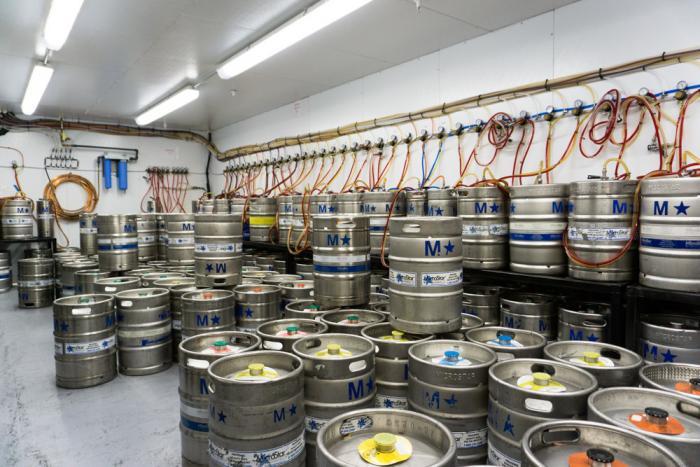 All the beer taps that run under the tasting room’s floors and into the taps. Nearly 100 taps in total. 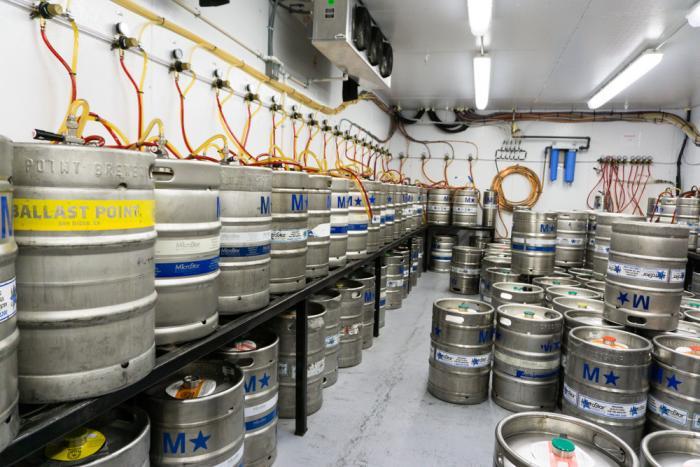 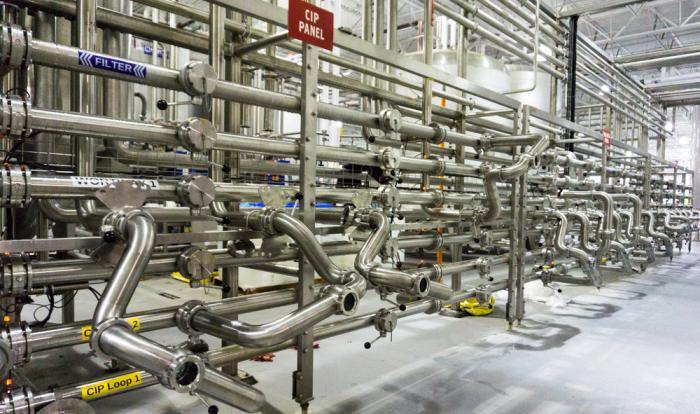 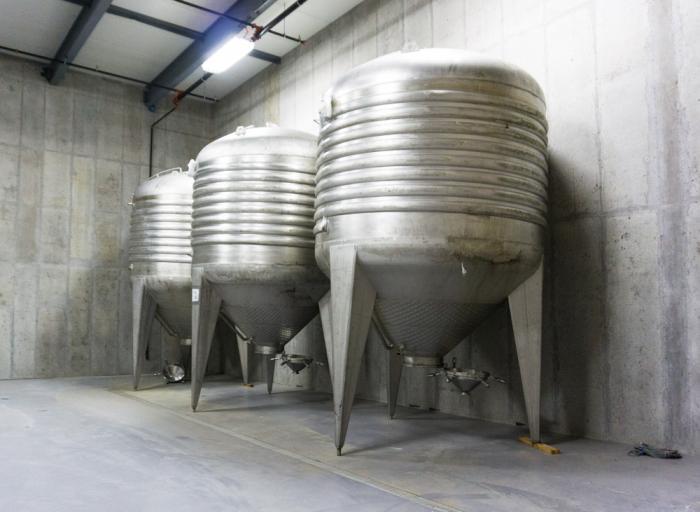 The Ballast Point Cooler, an impressive 4,000 square feet of space for the best beers in the states. The cooler wasn’t even half full during my visit! 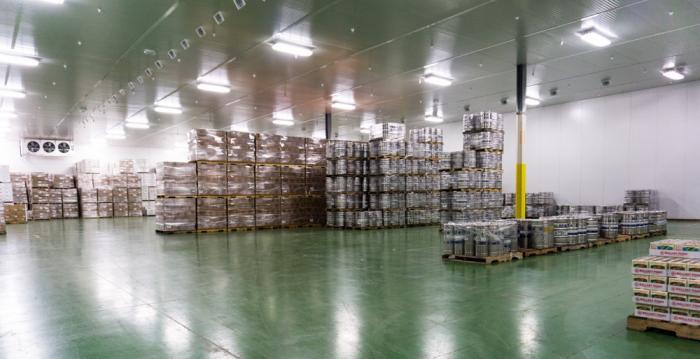 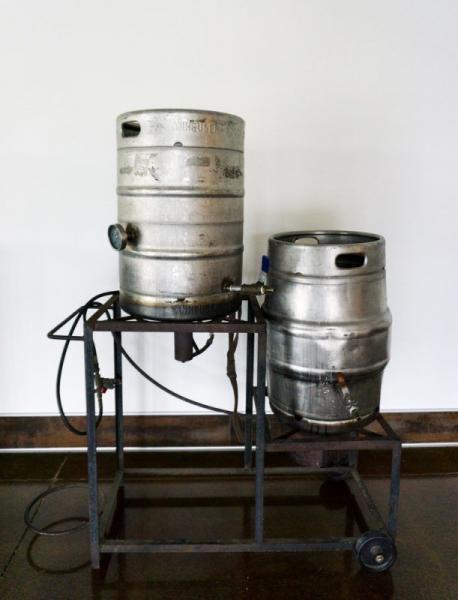 The OG homebrewing kit from the founder of Ballast Point, Jack White. The Daleville Ballast Point Location is working on building a museum to 16 year old brewery. 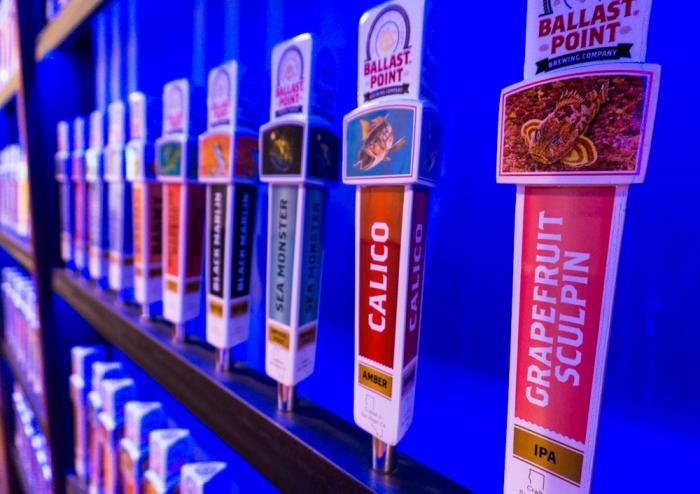 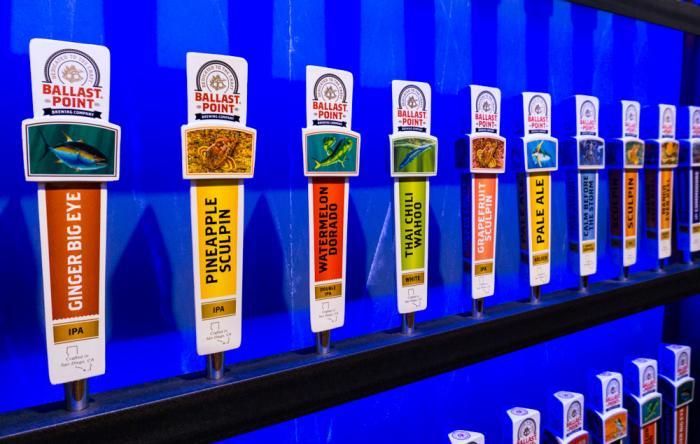 Eating and Drinking at the Ballast Point Tasting Room and Kitchen

What’s your favorite Ballast Point beer? I have to say I loved all of the malty beers I tried there, but the Calm Before the Storm was my favorite!

It’s a golden cream ale infused with cold brewed Caffé Calabria coffee from San Diego and a hint of vanilla. And of course, the ever classic the Sour Wench, a blackberry sour ale.

But at this industrial brewery, you can get much more than beers from the 40 or so options on tap.

In fact, Ballast Point’s east coast is one brewery that features a food menu that’s equally impressive as the beer menu.

During my visit, I ordered a Pork Belly ‘salad’ with fresh peaches and decided to pair it with the blackberry Sour Wench. Both beer and pork belly were heavenly.

And that’s not even mentioning the view! Ballast Point’s taproom is more or less all windows. 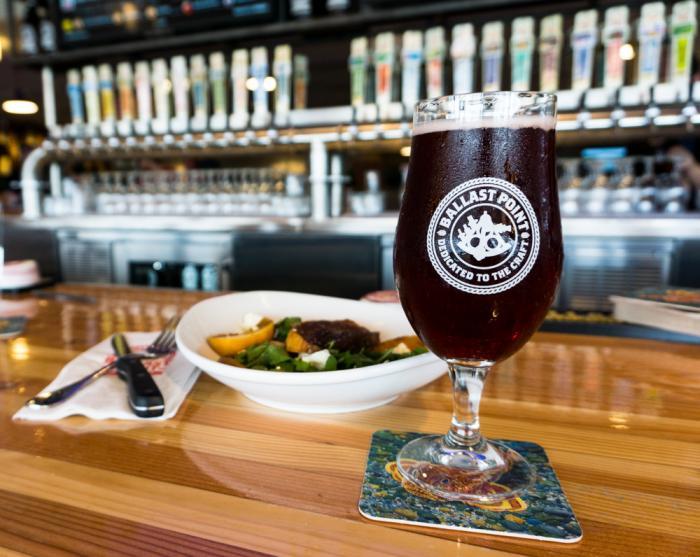 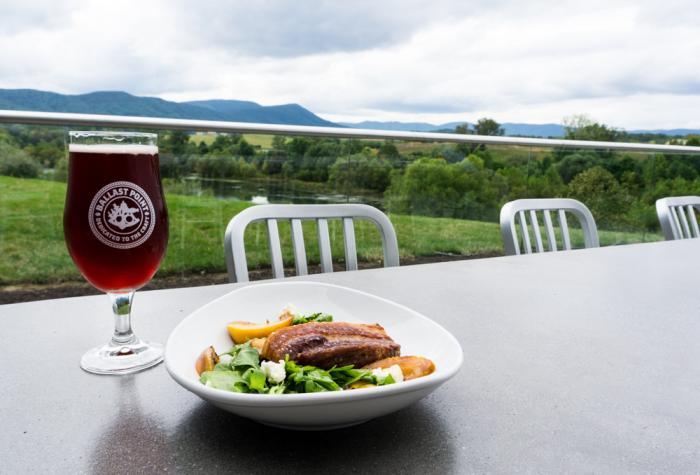 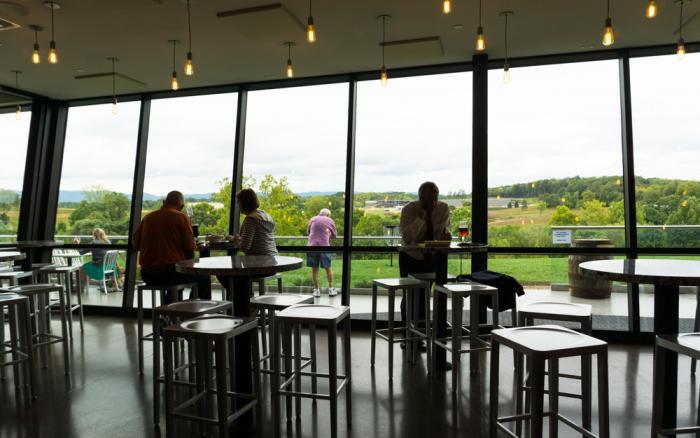 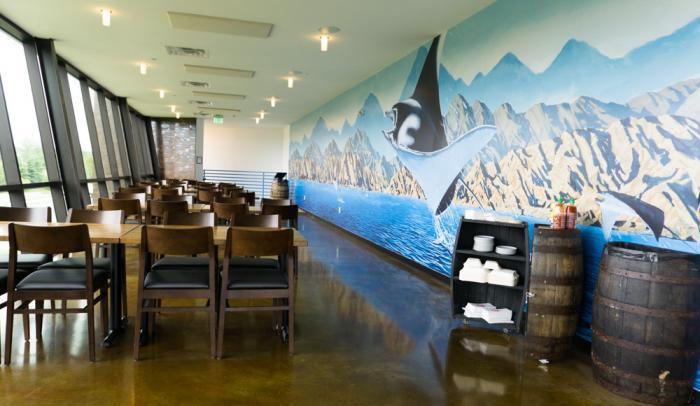 Artwork in the upstairs dining area.

Which means, no matter where you sit and drink, or eat your beer you will have the best view of the Blue Ridge Mountains.

You’ll just have to go and see for yourself. And while you’re there make sure to plan a trip to nearby Roanoke for even more craft beer! 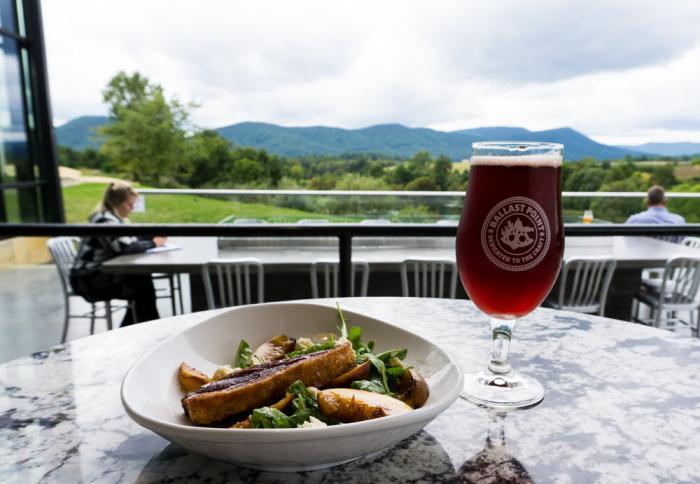 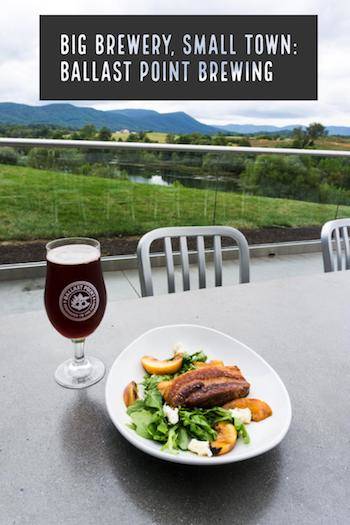 By the way, let’s get connected on social media!