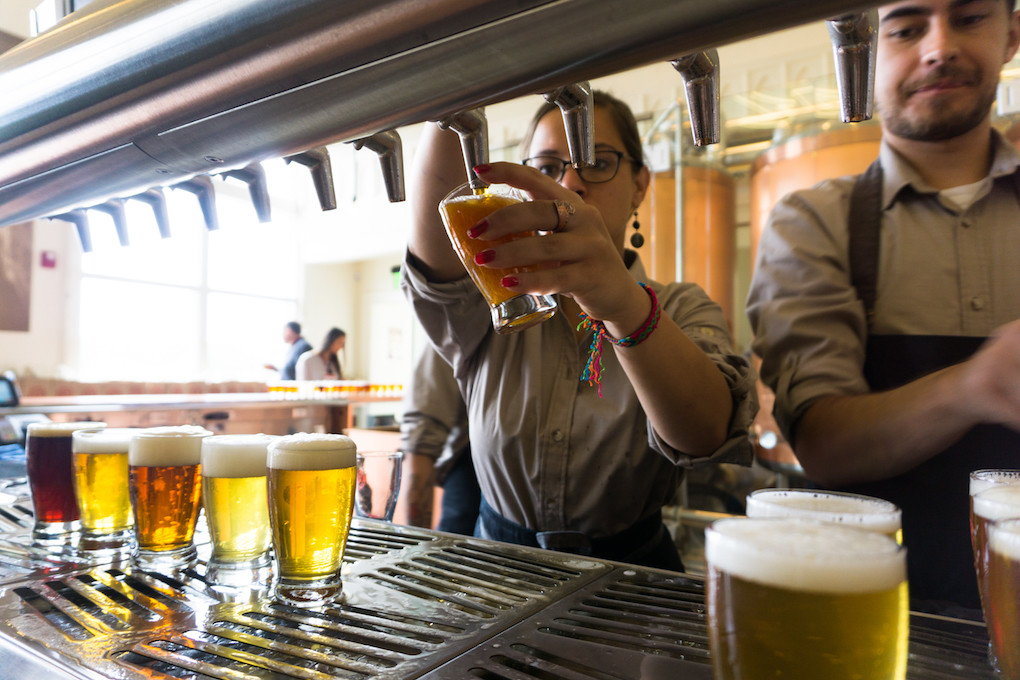 At the beginning of August, I got to attend my very first bloggers conference in beautiful Milwaukee, Wisconsin. The Beer Bloggers Conference has been happening every August since 2010 and just like the craft beer world, there are more and more every year.

This year about 100 bloggers were in attendance for a long weekend full of beer, networking, and exploring. I think the city was a perfect spot to attend my first beer bloggers conference; Milwaukee is after all the “beer capital of the world.”

Beer Capital of the World 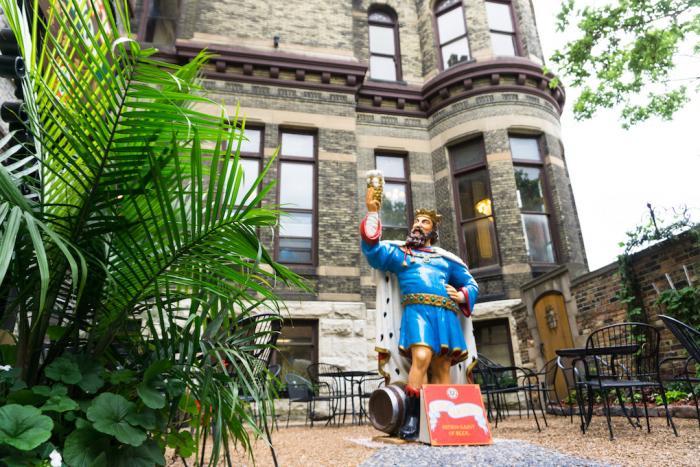 The courtyard at Pabst’s Best Place

Beer has been brewing in Milwaukee since the 1840’s and the city was even home to four of the biggest brewing giants in the world: Pabst, Blatz, Miller, and Schlitz. Now I’m not too familiar with Blatz and Schlitz beer, but I am very familiar with PBR and the “Champagne of Beer,” Miller.

So yes, all four of those are known as big beer, yellow beer, or piss water, whatever you wanna call it. (And BTW nobody said this was a craft beer conference…)  Still, the history of those breweries that are almost as old as the country, is pretty dang astonishing. 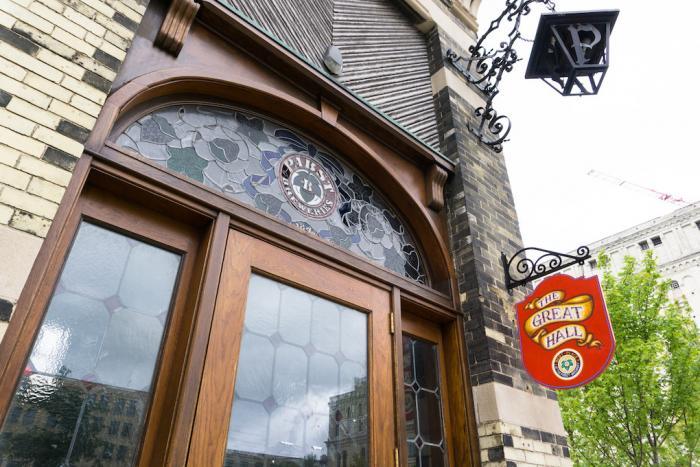 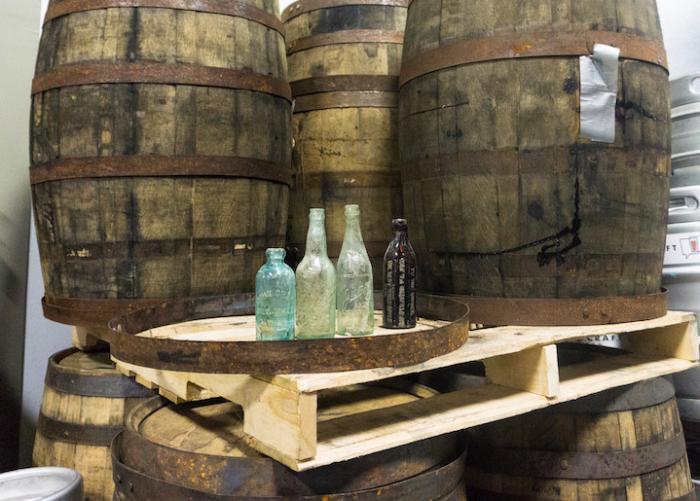 Actually, Milwaukee is full of history, and much of that is coming full circle now in the rest of the country. Some of the oldest craft breweries in Milwaukee are 30+ years and still killing it!

Since many cities and states have breweries that are barely five years old, I’ll take that as a real good sign for the staying power of this craft beer ‘trend’. 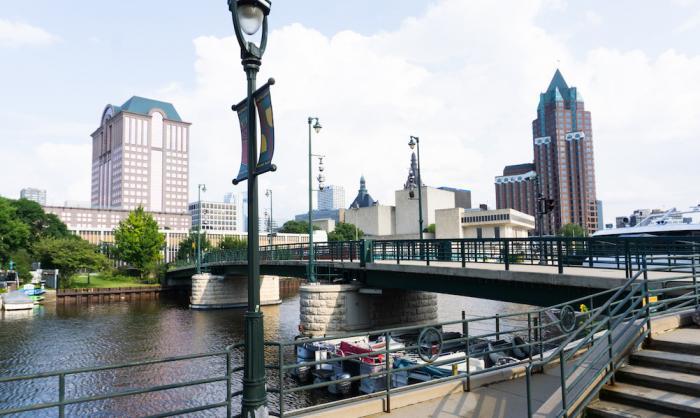 It blows my mind that so many of the craft breweries in Milwaukee are decades older than the ones I’m used to visiting. Milwaukee’s history in beer goes back to the city’s early days, therefore they naturally had a head start on the craft beer movement and business.

This was one topic brought up at the Beer Bloggers Conference’s panel on The Beer Industry in Wisconsin that has kept me thinking. Led by the top stars of Milwaukee’s craft beer scene. We had Anne Sprecher of Sprecher Brewing Company, Executive Director Mark Garthwaite of the Wisconsin Brewers Guild, and Russ Klisch of Lakefront Brewing kick off one of the first panels at the Beer Bloggers Conference.

One thing discussed in particular, was how do their breweries continue to keep their community excited. Not only keeping them excited to visit their taprooms, but keeping people excited to drink craft beers.

So, looking at this city’s craft beer scene and evolution is a good model to keeping people interested beyond this ‘boom’. 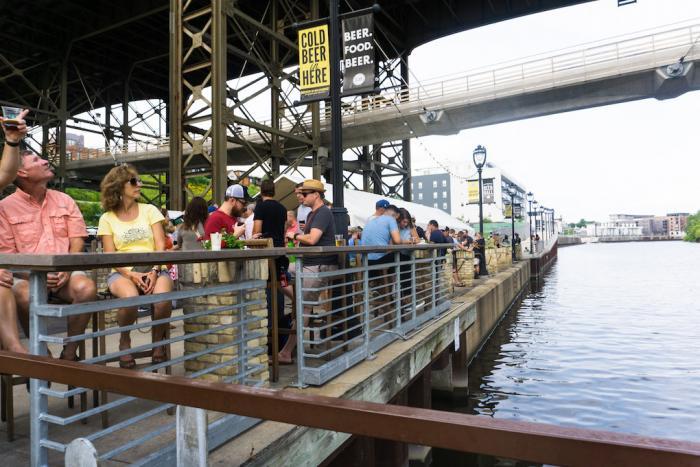 An example is ‘Festival Fatigue’ and what many breweries experience as another festival season comes to an end. This is a rather new term was brought up that I had yet to hear before, but I don’t think that will be the last time it’s discussed.

Before, people only had a few beer festivals throughout the year. Now, during the season (late spring through early fall), breweries are doing a festival, or two, a weekend. Breweries are beginning to feel a pressure that they always have to one-up the festival the weekend before.

Not to mention that if they were to only offer core beers, there would be little to no interest from festival attendees.

That’s quite a demand to keep up with, regardless of your industry. But these Milwaukee breweries are finding creative and clever ways to keep people drinking their beers and visiting taprooms. 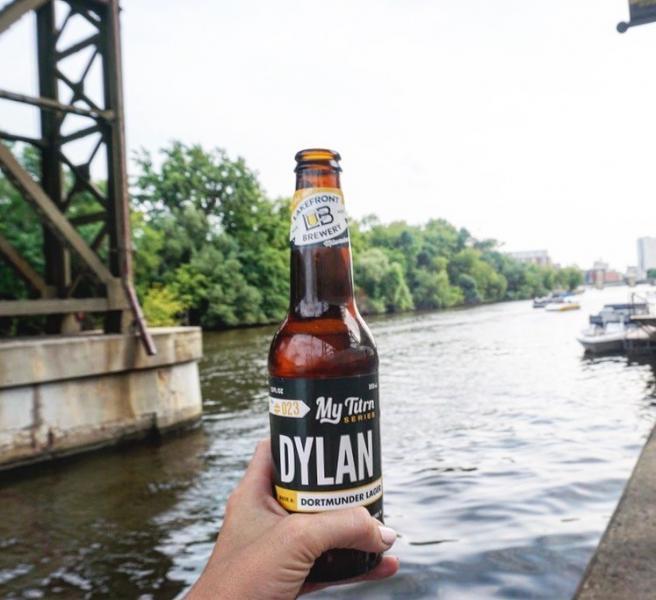 Lakefront Brewery in Milwaukee, is celebrating their 30th anniversary this year with plenty of special events and beer releases. There’s one special event that isn’t so much about the brewery itself, but instead a party to celebration an individual employee.

In their My Turn Series, the owners pick a new employee each quarter to let them decide a new beer. During our visit, the Lakefront crew were celebrating the brewery’s tour manager, Dylan and the beer he named.

As a tour manager you gotta know how to handle a crowd, which is exactly why he wanted to go with a crowd-pleasing style of the golden German Dortmunder Lager.

I think this is the coolest beer release I have ever seen from a brewery. What better way then to get the community involved with your brewery on a much more intimate level?? 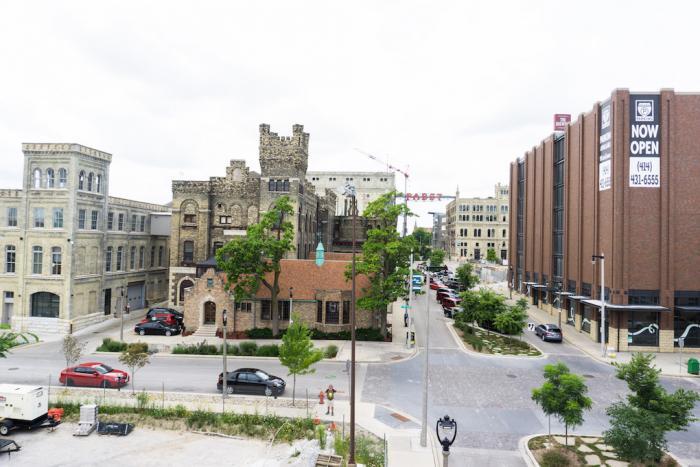 We’ve all heard about the ‘Facebook Campus’ or the ‘Google Campus’ but, did you know that Milwaukee has a few household name ‘campuses’ of their own?

Milwaukee is home to both the Pabst Campus and the Miller Campus. Dating all the way back to the 1800’s, these campuses are beautiful, industrial, and breath-taking in a way that most historical sites are.

At the 2017 Beer Blogger’s Conference, two of our meals were hosted at those historic breweries. Don’t ask me which one was the best, both were special and impressive in their own way. Check out these pictures and decide for yourself 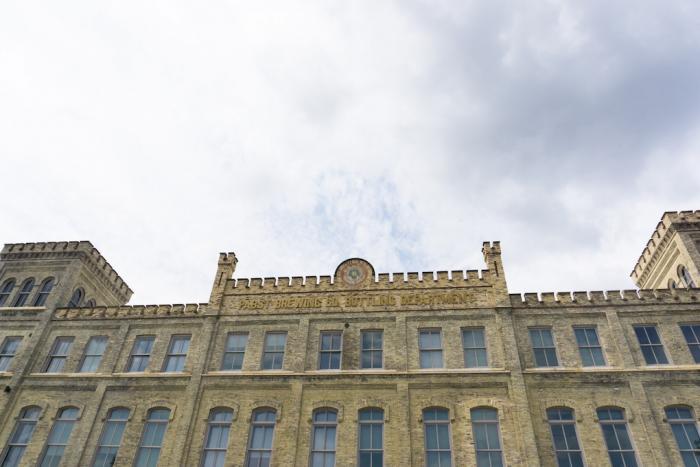 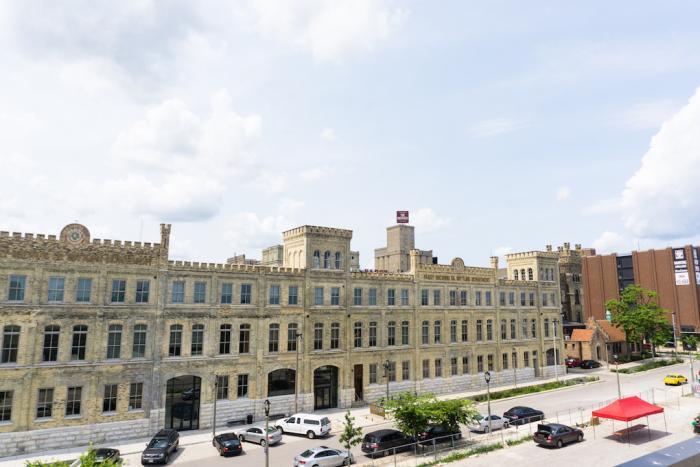 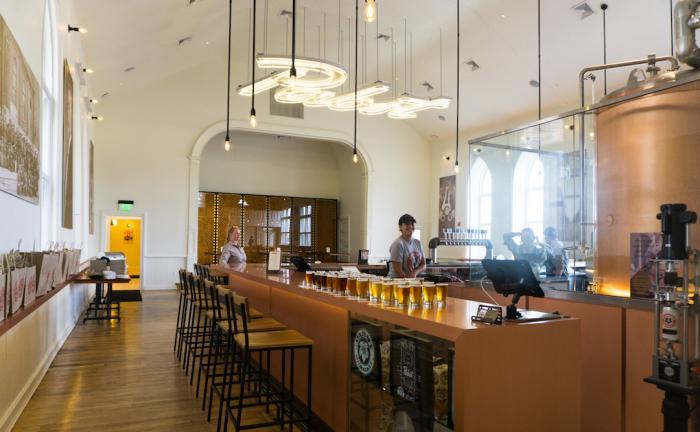 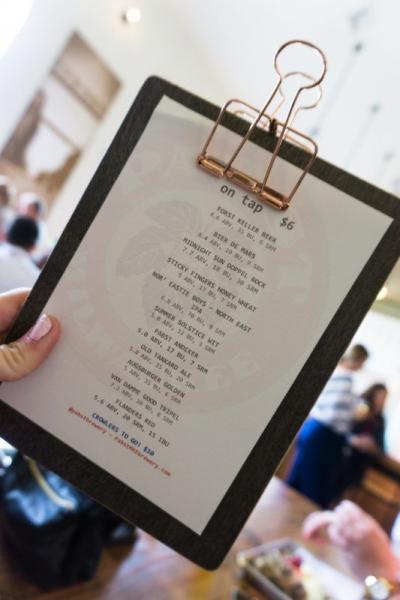 Pabst’s lineup of their heritage beers 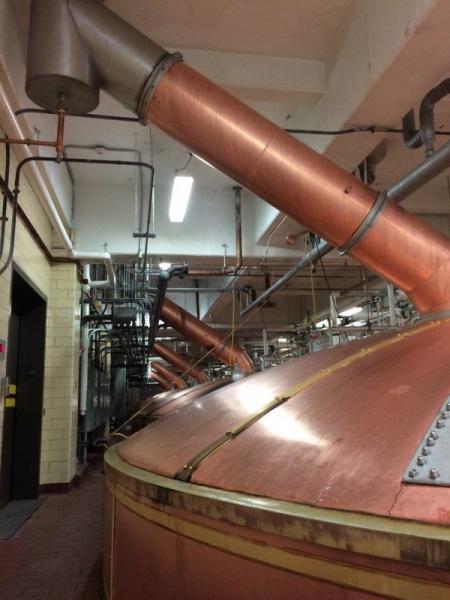 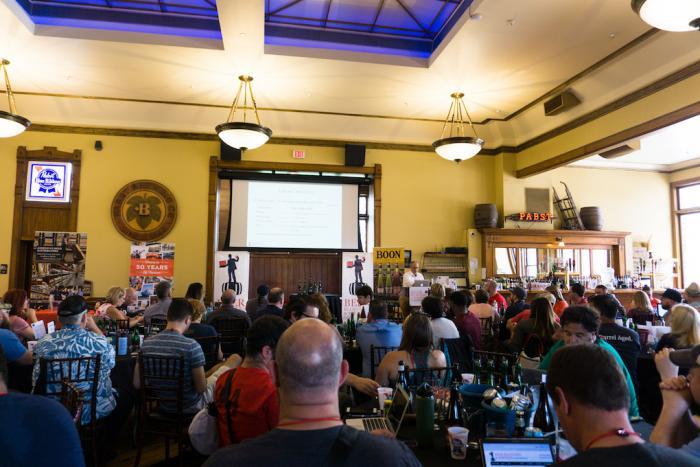 One of the most exciting highlights of the 2017 Beer Bloggers Conference was Frank Boon and his demonstration and history on The Art of Spontaneous Fermentation. His brewery, Brouwerij Boon is the most famous producer and blender of gueze and lambic beers in Belgium! 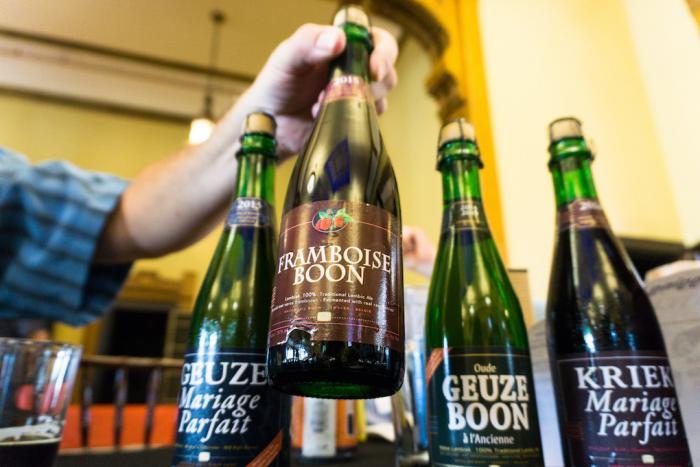 Everyone in the room was silent and captivated by this old European man and his presentation on his beers. My, and everyone else’s, favorite part was easily when Frank Boon taught us how to properly pour a lambic beer. 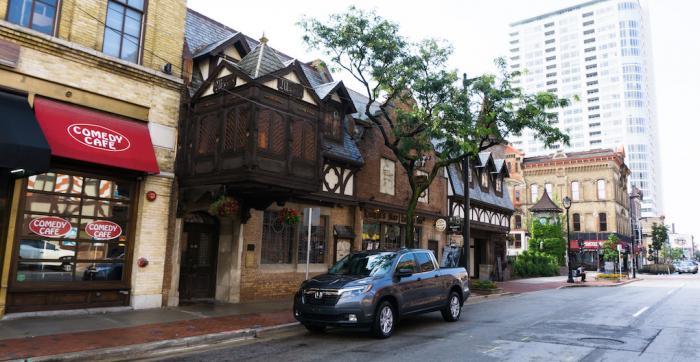 While I wasn’t in Milwaukee long enough to quite understand the city’s layout, there was one area that had me all thrown through a loop. Mainly, cause I kept finding myself searching out the neighborhood’s eats and drinks.

Old World Third Street is home to some of the city’s oldest buildings. The district was considered the Downtown area for the German population and still today, it’s one of the best drinking destinations. 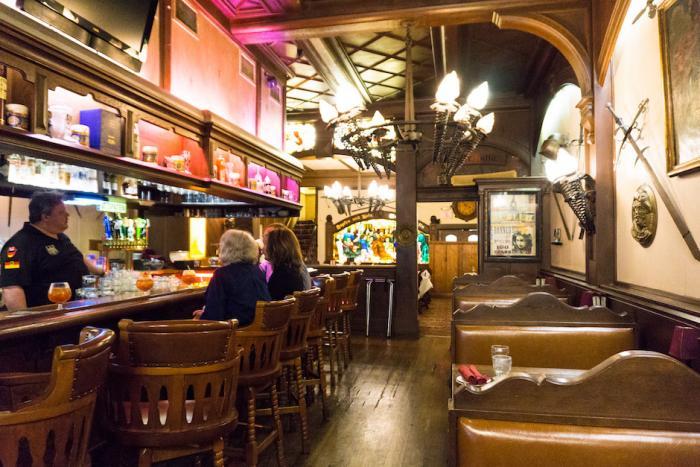 It’s also where I got to indulge in a little bit of that German beer I love so much! I felt for a second that I had accidentally been transported back to New Braunfels, Texas. Not that I would be complaining but…

Read This: The Craft Beer Lover’s Guide to New Braunfels 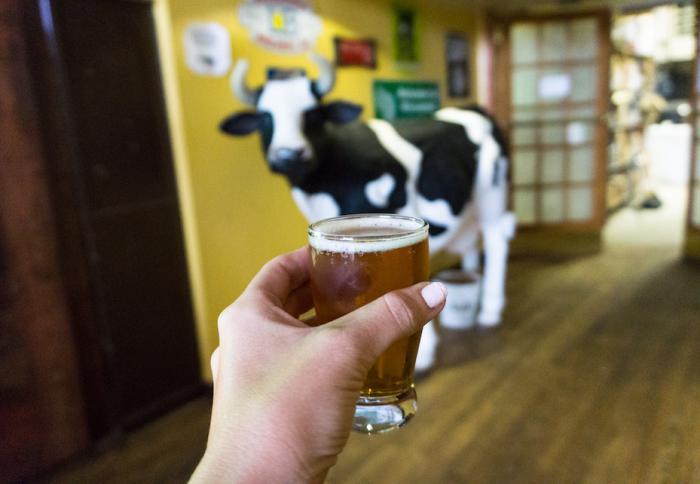 This district had all I needed while I was in town for the Beer Blogger’s Conference. Local beers I had never enjoyed before, my favorite German beers, cheese curds, and brats. Plus, beautiful views of the lake that looked more like an ocean. 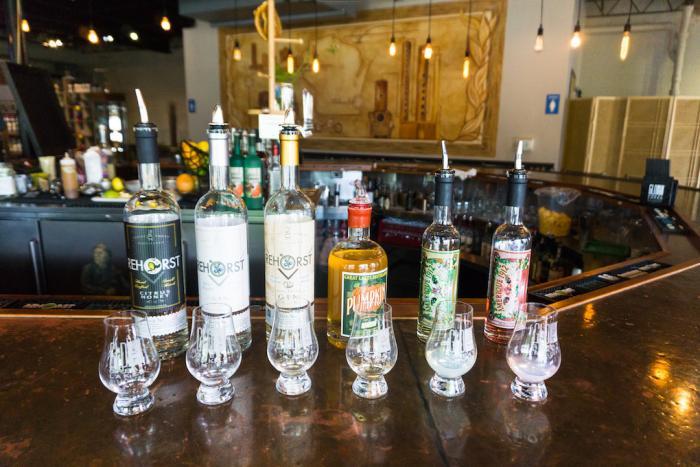 This small batch distillery in Milwaukee had every sort of liquor you could want, and then some! Take for instance Pumpkin, an amber colored spirit they collaborated on with Lakefront Brewery! 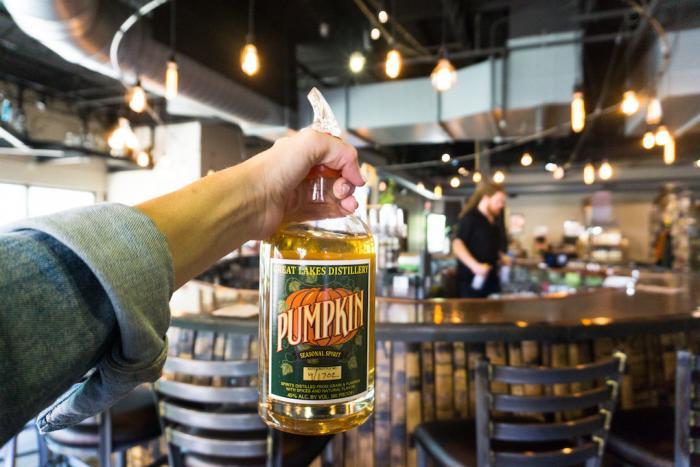 Great Lakes took Lakefront’s Pumpkin Lager and turned it into a distilled spirit. Nope, that’s not a type! Through an aging process in barrels used to make rum, bourbon, beer, and Cabernet Sauvignon (from a local winery, of course) they were able to create an interesting, literally indescribable spirit. Either way, I’d like some more please! :) 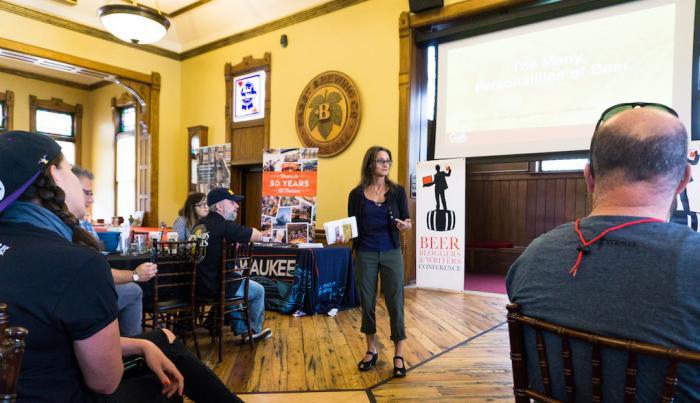 Last but not least, I got to meet so many amazing people at the Beer Bloggers Conference this year Milwaukee. People who were my role models like Carla Lauter, the ORIGINAL Beer Babe and Julia Herz, Craft Beer Program Director at the Brewers Association were there drinking flights and touring breweries right along with me.

On the other hand, as the owner of a Beer and Booze Blogger Facebook Group, I got to meet so many friends I’ve only talked to online. (Also, if there boozy bloggers interested out, come hang out!). Everybody brought their best and most favorite beers from, ‘back home’ and there tons of bottle shares happening every night.

While I was making new friends, there was so much networking and problem solving happening at the same time. There’s not many of us beer bloggers out there so I guess when you put us all in a room, it’s like we’ve finally found our people! 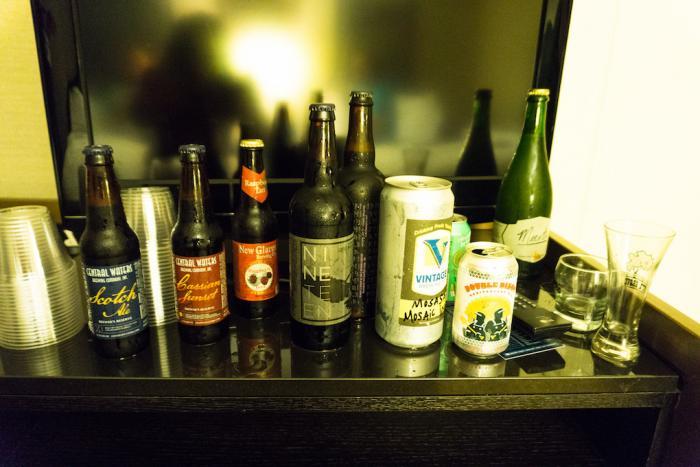 So many bottle shares! 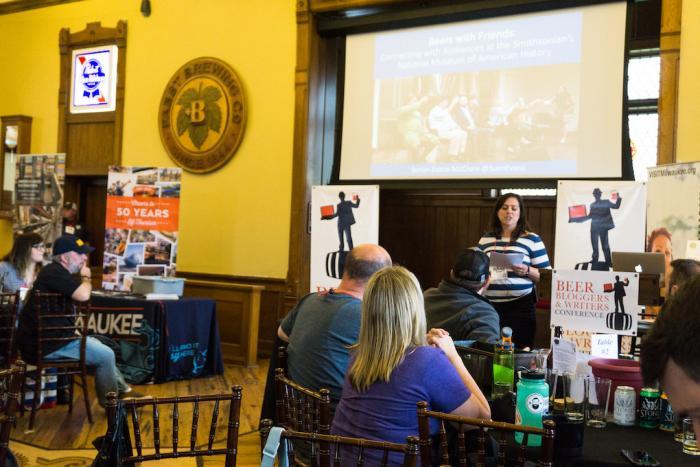 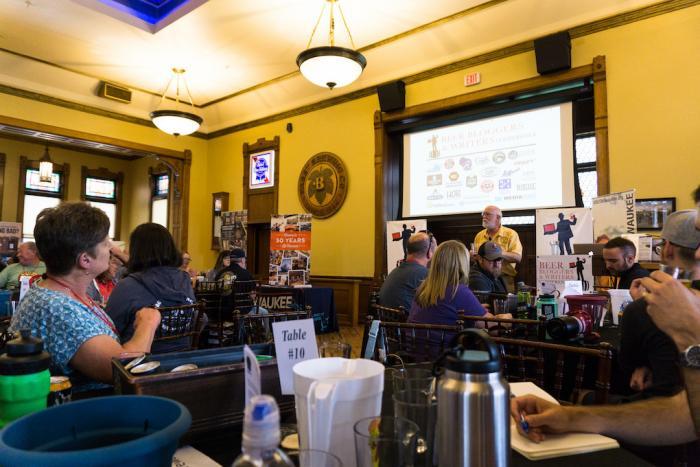 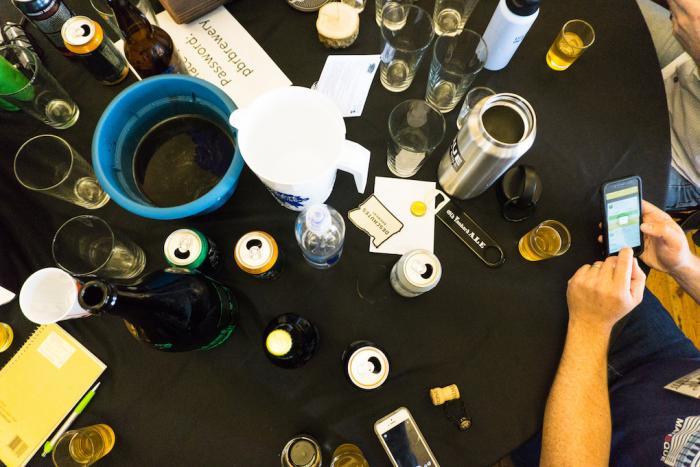 Virginia is for Craft Beer Lovers

Beer is a unique industry, but it’s also pretty complicated, oftentimes snobby and overly PC. No matter what though, I love beer for what it is to me: getting to learn everything about a community by just visiting a few local breweries, or those specific beers that will forever remind you of home, to, best of all, always knowing what to do when you’re visiting a new area (visit all the breweries!). 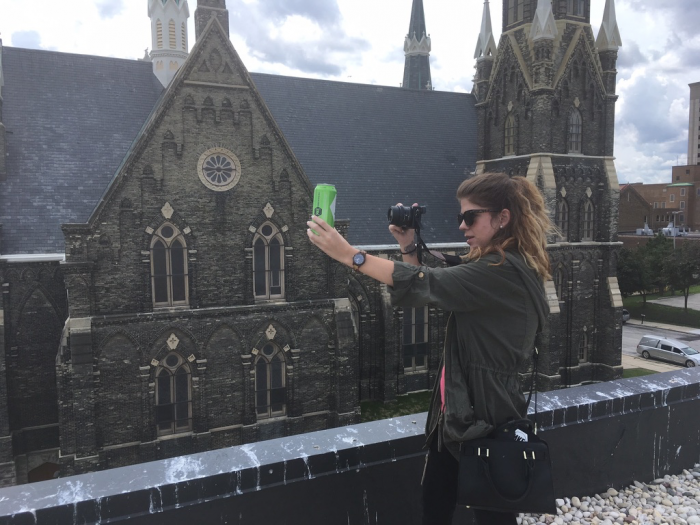 With that being said, next year’s Beer Bloggers Conference is happening in my home state of Virginia! With 200+ craft breweries (what!?) and a new booming tourism industry, I will 100% be there.

The 2018 conference will be going down right outside of D.C. in Loudon County, Virginia. There’s always a quick ‘post-excursion’ after the official Beer Bloggers Conference nearby city.

They haven’t released next year’s details but I DYING to know! My guesses/hopes are Route 151 (Charlottesville/Nelson County) or Washington D.C.. We’ll have to just wait and see for a bit longer though!

Have you ever been to a blogging conference? Let’s keep the discussion going in the comment!

Also, if you’re a beer or booze blogger or creator, please join my group! It’s mostly promotion, networking, and advice based so expect a whole lot of new connections and followers ;)