5 Beer Float Combinations That Will Transform Your Life 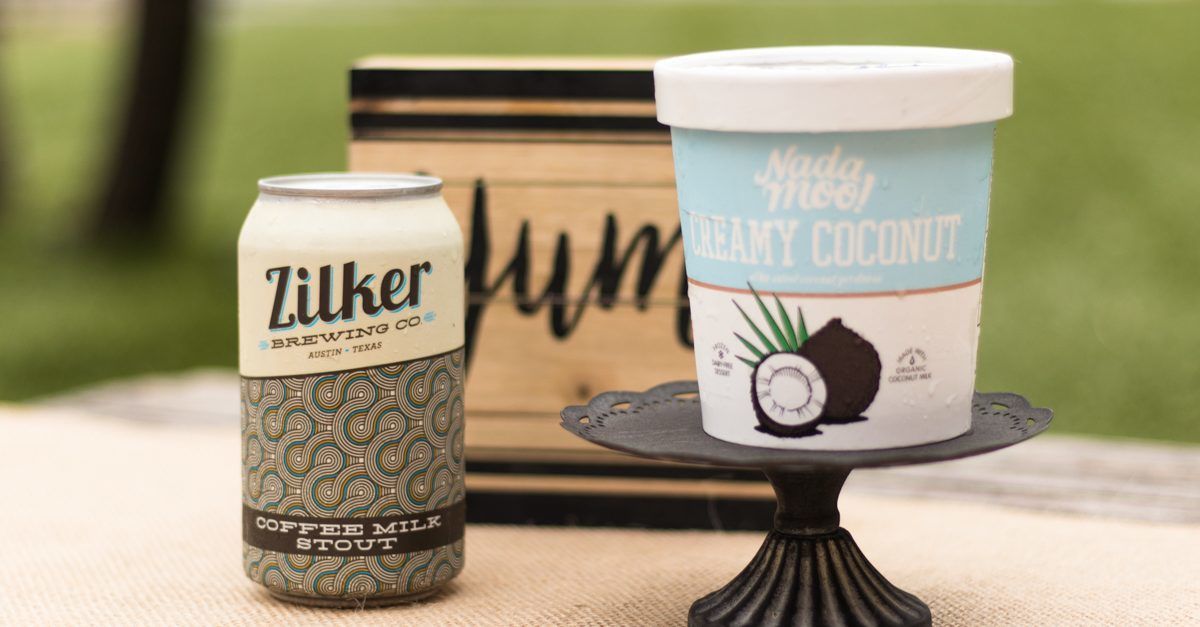 Summer is just beginning to wind down here in Austin, I think… Either way, if you’re like me, you might be sad that ice cream season is also coming to an end.

Well, fear not! I’ve got 5 beer float combinations that use all of the best beers of fall and winter.

Coming up with these ice cream float recipes was no easy task; beer isn’t the easiest booze to work with!

Through trial and error of Austin’s best beers, and help from a local non-dairy ice cream, I finally did learn the secret to beer float success and I’m sharing it with you! 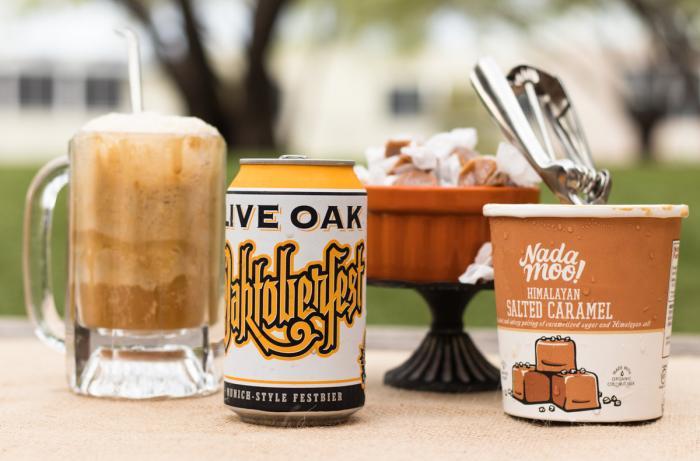 The secret to making beer floats work is figuring out the perfect combination of ingredients and understanding a bit of ‘chemistry’.

We had two trial runs of coming up with boozy ice cream float recipes before photo day. But once we figured out that formula, the success was so easy to replicate!

With that being said here are a few notes from our experience of coming up with these beer ice cream float recipes. 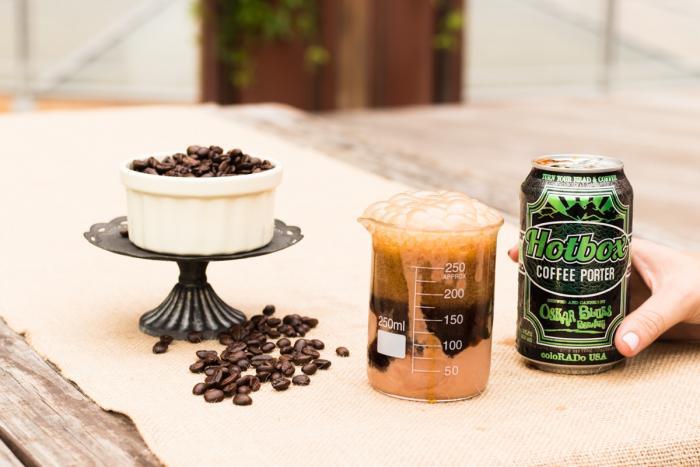 Working with Beer and Ice Cream 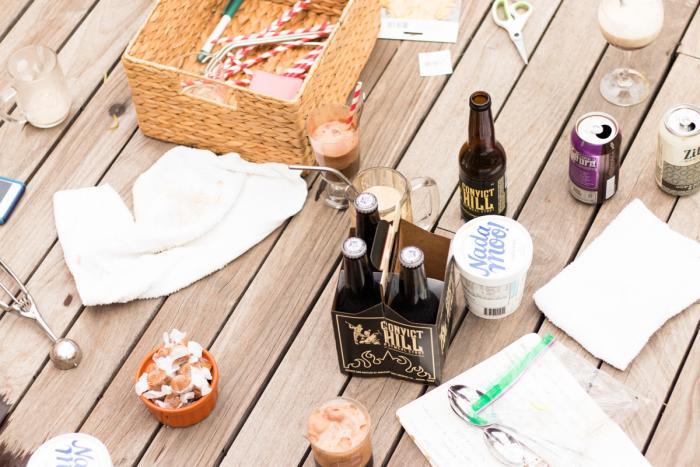 NadaMoo! Will Make You Rethink Everything About Non-Dairy Ice Cream

And that’s how we discovered the greatness that is NadaMoo!, a local non-dairy ice cream. NadaMoo! makes a delicious, fluffy and light ice cream from a coconut milk base. Born in Austin, NadaMoo! is now available in natural, conventional, specialty & co-op grocery stores nationwide! Find out more on their website. 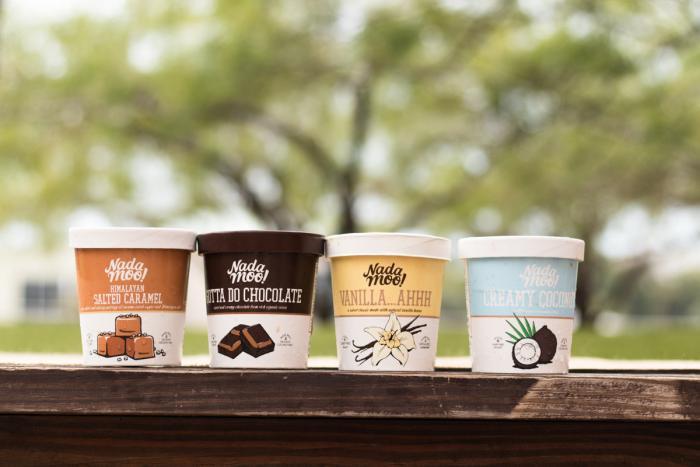 They had four flavors that were ‘chunk-free’ and therefore perfect for mixing with Austin’s greatest dark beers. The 4 flavors we picked up were:

So after a few trials of figuring out the science of making a delicious beer float, the secret was in the combination of malty beers and non-dairy ice creams.

I wanted to use all local* brands and beers for these floats, which is why I partnered up with Whole Foods Market for a bit of help.  Thanks to their impressive selection of local and Texas beers, it was easy to pick up several beers from Austin to pair with NadaMoo!’s flavors.

*YES, I know Oskar Blues isn’t technically local to Austin, but they’ve made themselves a great member of the local craft beer community since moving into their Texas taproom up north. So I’m counting them in :) 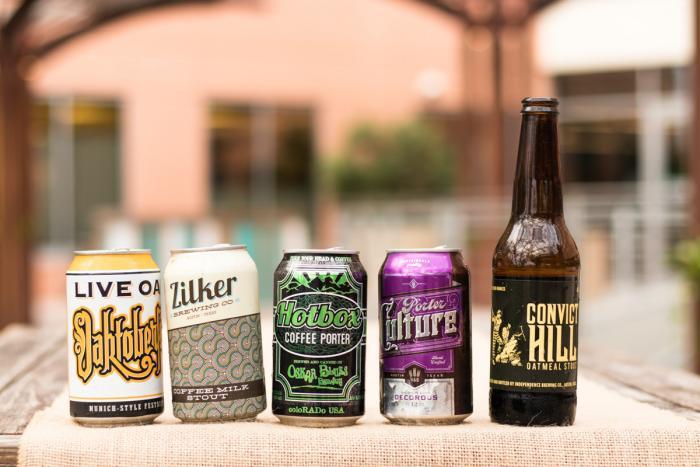 With each recipe, we filled up a small glass with scoops of NadaMoo! non-dairy ice cream. Then we gently poured a shot or two of craft beer in. And you’ll want to serve the beer floats with both a straw and a spoon.

While we used many beers local to Austin, these beer styles will go great with ice cream, especially the non-dairy kind, no matter where they’re from!

Now, I’m not ranking these beer float recipes, but this combination was by far my favorite. (and one I’ve made at home for myself many, many times since!)

NadaMoo!’s Creamy Coconut was the one non-dairy, ice cream we picked up on the first trial, as well as it was our last test combination on “Beer Float Night One.”  Before we even knew whether these beer floats would work. And boy, oh boy, did it work!

Pairing the coffee and burnt sugar flavors of a creamy, sweet Coffee Milk Stout, with the fresh Creamy Coconut might be the best thing I’ve ever created with beer. 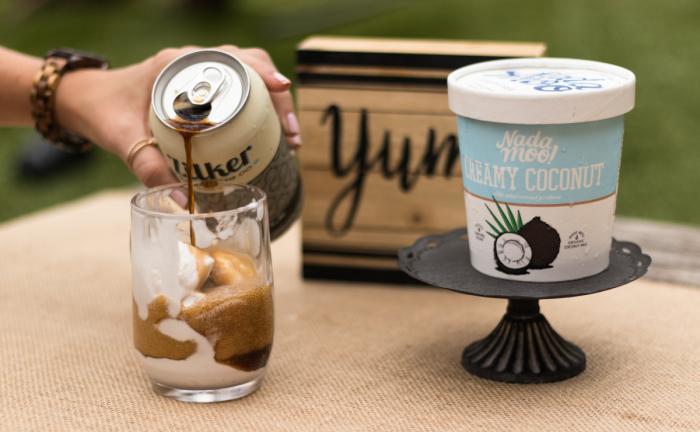 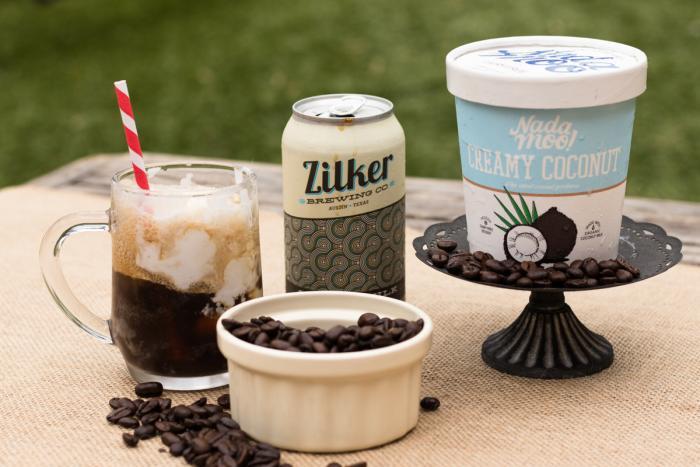 If you love mocha, you’ll love, love, love this beer float recipe. Oskar Blue’s Hotbox Coffee Porter plus a classic chocolate ice cream ended up being the most indulgent beer float we created. I was worried that the flavors would be too heavy!

Though, the light texture of NadaMoo’s non-dairy ice cream + Hotbox’s coffee notes really paired well together. I could totally imagine cuddling up with this on a “chilly” winter night here in Austin. 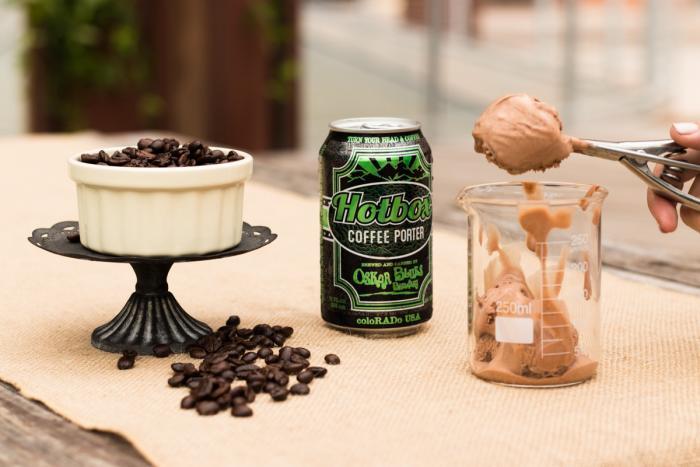 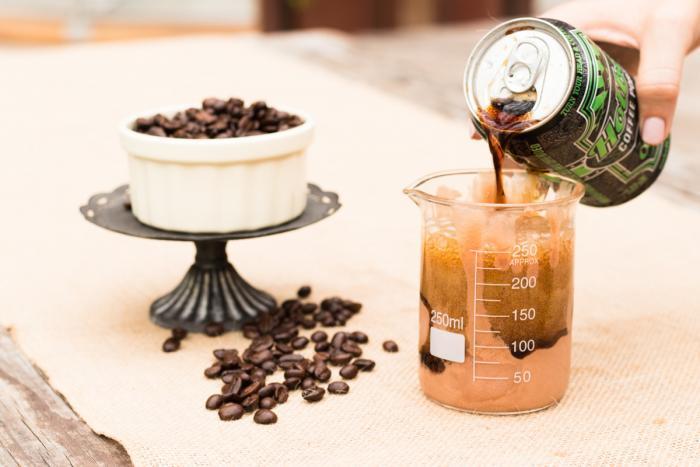 My second favorite was the Caramel and Live Oak’s Oktoberfest Beer, Oaktoberfest. Fall, for me is the season of malty, Oktoberfest beers, pumpkin decorations, and caramel sweets.

That was the inspiration behind this duo, and surprise, surprise; it worked!

A beer as heavy and dark as Hops and Grain’s Porter Culture was perfect to match with NadaMoo!’s Vanilla…Ahhh.

You’d think with a flavor as light as vanilla, surely you would pick up some flavors of the coconut milk base, but nope! It was pure and simple, flavored with natural vanilla. <3 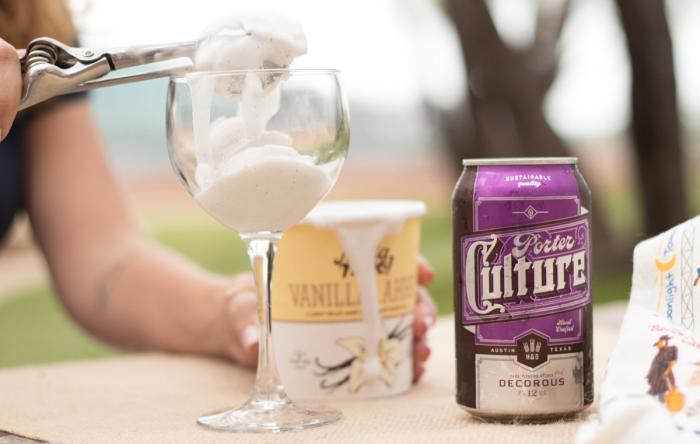 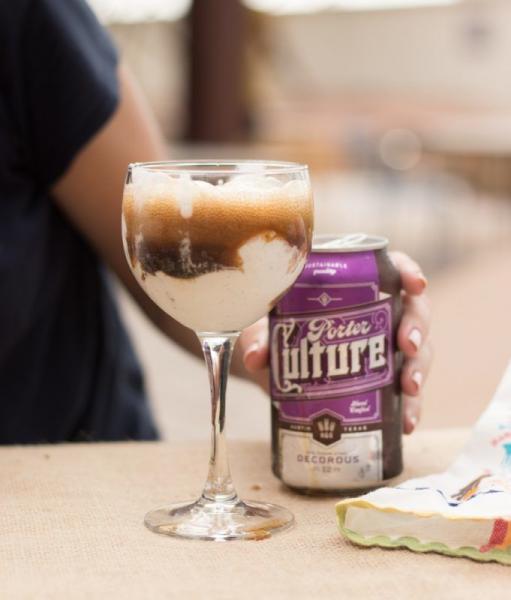 If you couldn’t tell by now, I’m a HUGE fan of dark beers. Once we figured out the perfect combination of malty beers + non-dairy ice cream, I really wanted to try an oatmeal stout with the super creamy chocolate flavor from NadaMoo!

The result was a bit different from the porter and chocolate beer float, a bit crisper and not so heavy, but still delicious. Normally, you’d pair a beer with this heavy with a lighter, vanilla ice cream. But screw it, Winter’s Coming and you’ll need something thick to keep you warm! 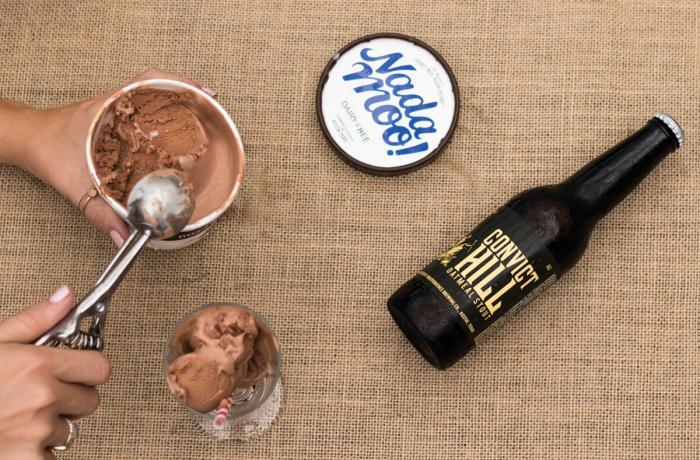 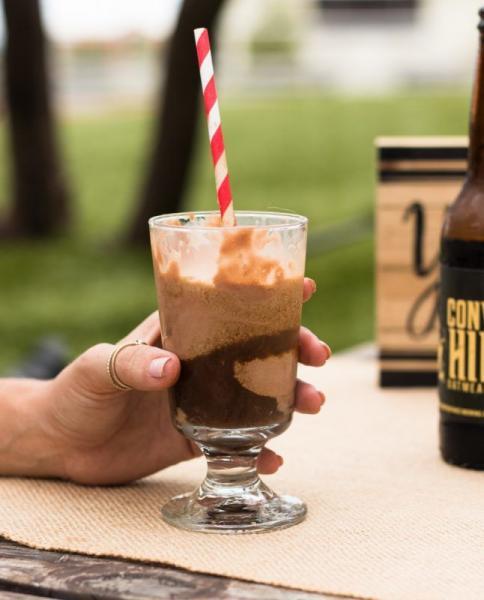 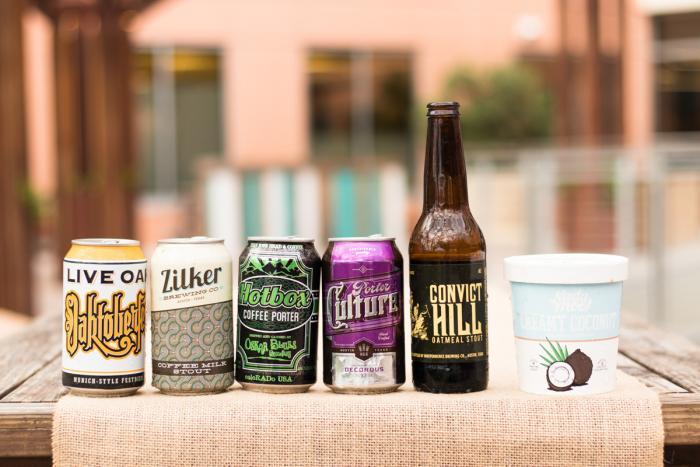 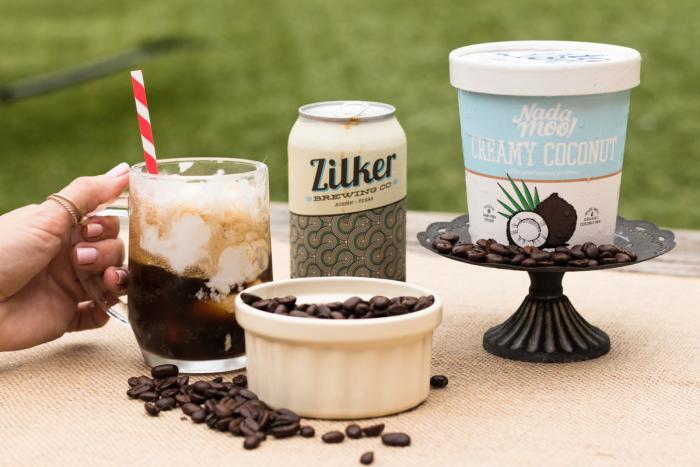 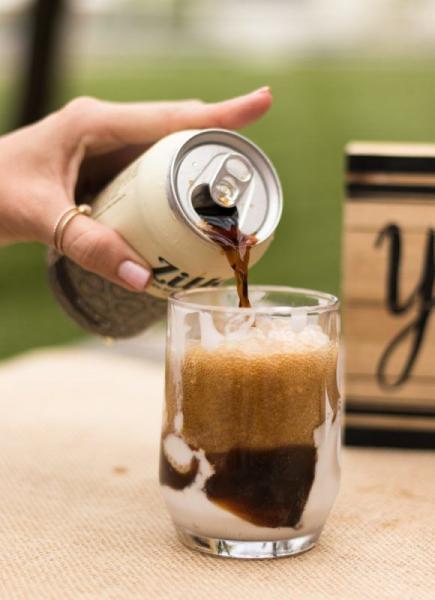 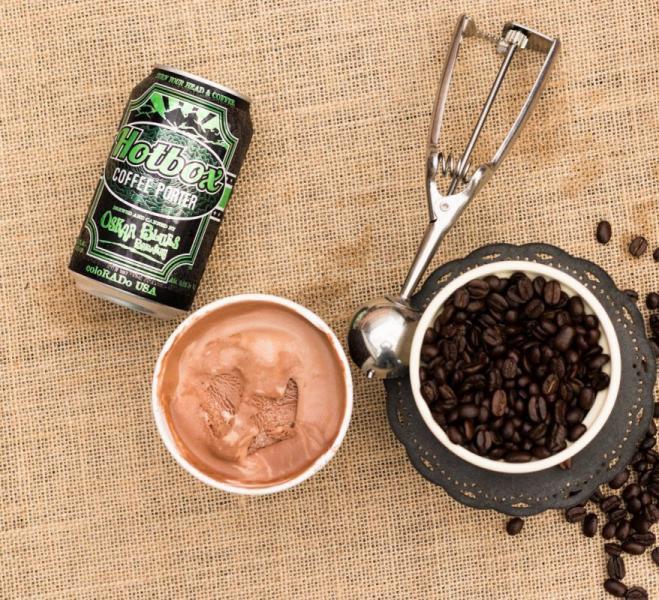 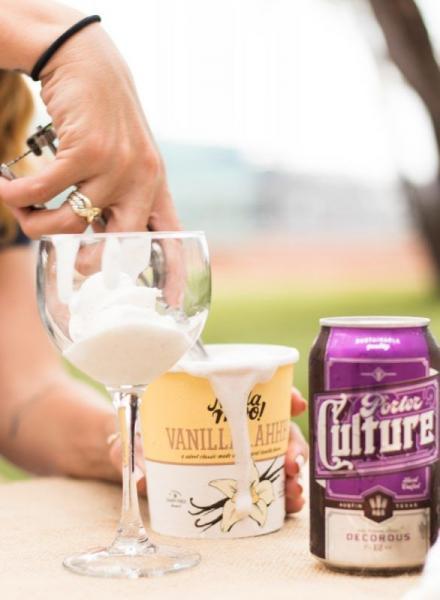 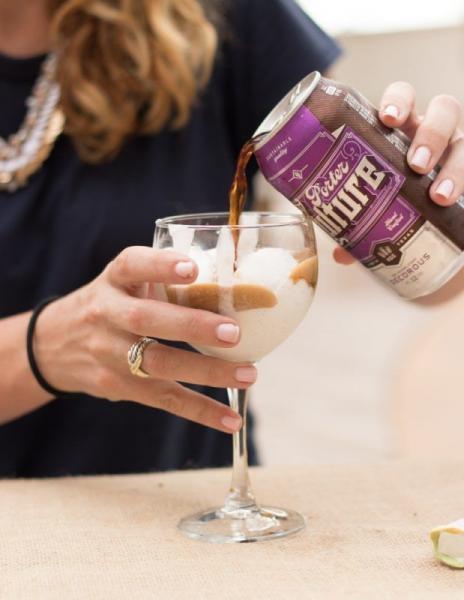 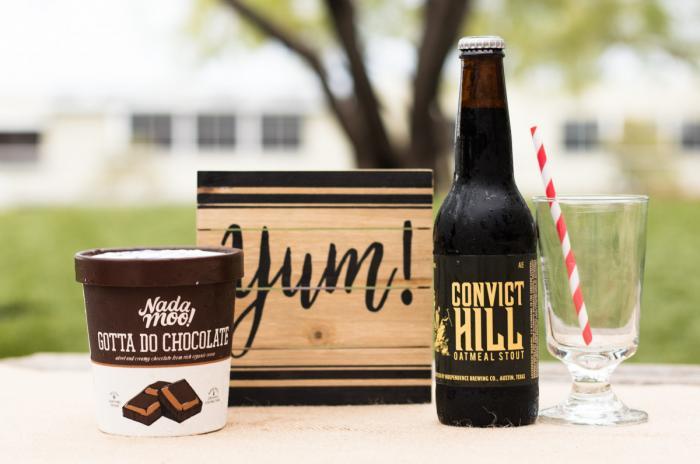 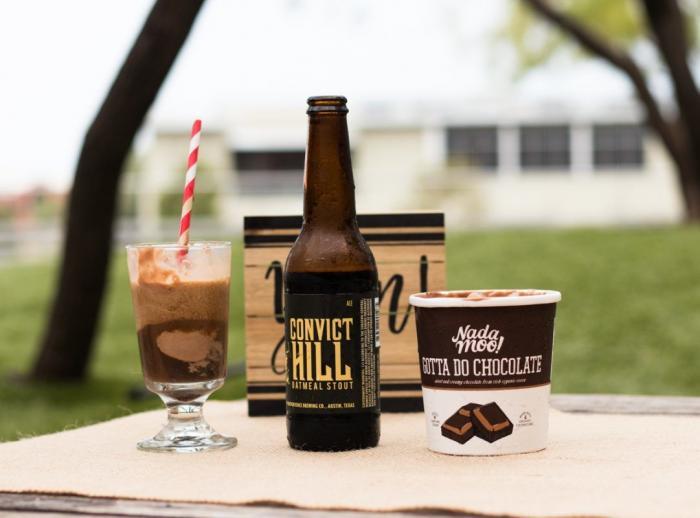 Have you ever had an ice cream and beer float? Let me know in the comments!

Note: This was a partnered post with Whole Foods Market, a major supporter of local, small businesses, not only in their hometown Austin, Texas but across the country. At Big World, Small Girl, I only work with companies and products that I feel passionately about and that align with my values. All opinions and views are 100% my own.