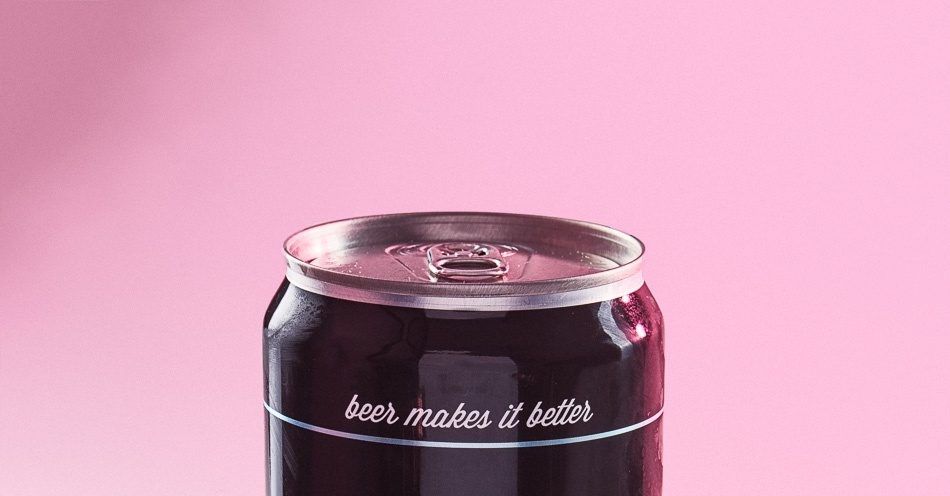 On Friday, October 13th, The Lustre Pearl East in East Austin will be taken over once again by Beers on Pink, a fundraiser and art show featuring Austin’s best craft beers.

Beers on Pink is a fundraiser for The National Breast Cancer Foundation supported by the local breweries and beer community. Featuring Julien Fleury and his gallery of 25 local Austin beers, each one photographed on a pink background.

Beers on Pink is being hosted Friday, October 13 from 7pm – midnight and will showcase a print showing and silent auction of images by Julien Fleury from 25 local breweries.

Each brewery chooses one of their best beers to be showcased on a pink background in limited edition 16×20 art prints, and all proceeds will go to the National Breast Cancer Foundation. 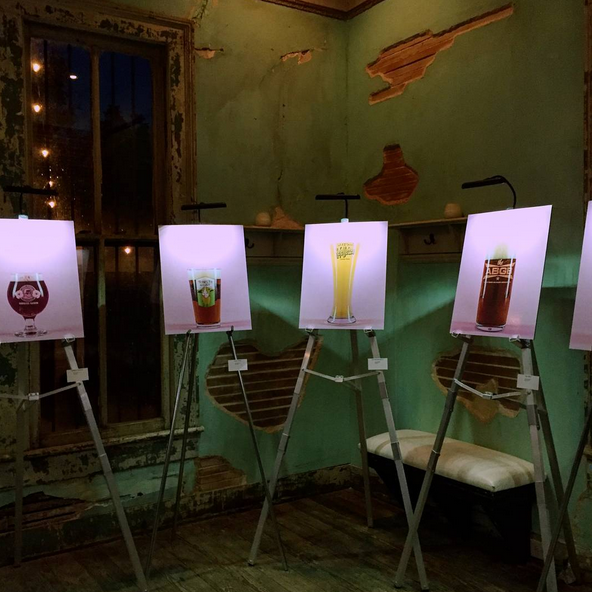 Beers on Pink started as just a photography series on the side featuring all of the best Austin beers captured up-close and in their best light. Now, Julien Fleury’s photo series is an Austin fundraiser for The National Breast Cancer Foundation. 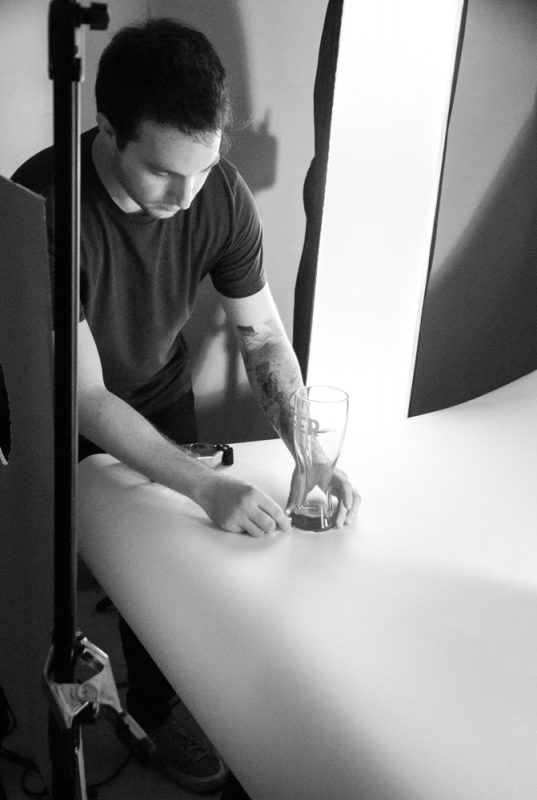 Julien Fleury, the Austin Photographer behind Beers on Pink, had the idea in the summer of 2016 to combine his photography talents with his love for craft beer to benefit something near to his heart. What’s awesome is how fast he was able to organize the beer festival through the aide of Austin’s supportive beer community.

So the idea for Beers on Pink was originally born with a shoot years ago that Julien did with a glass of Delirium Nocturnum beer from Belgium. He used a pink background to match one of his favorite beers’ pink elephant logo.

That pink background matches the pink breast cancer ribbon that has now become a symbol of his mother’s battle. Julien’s mother was diagnosed with breast cancer three years ago and has been kicking its ass the whole time. 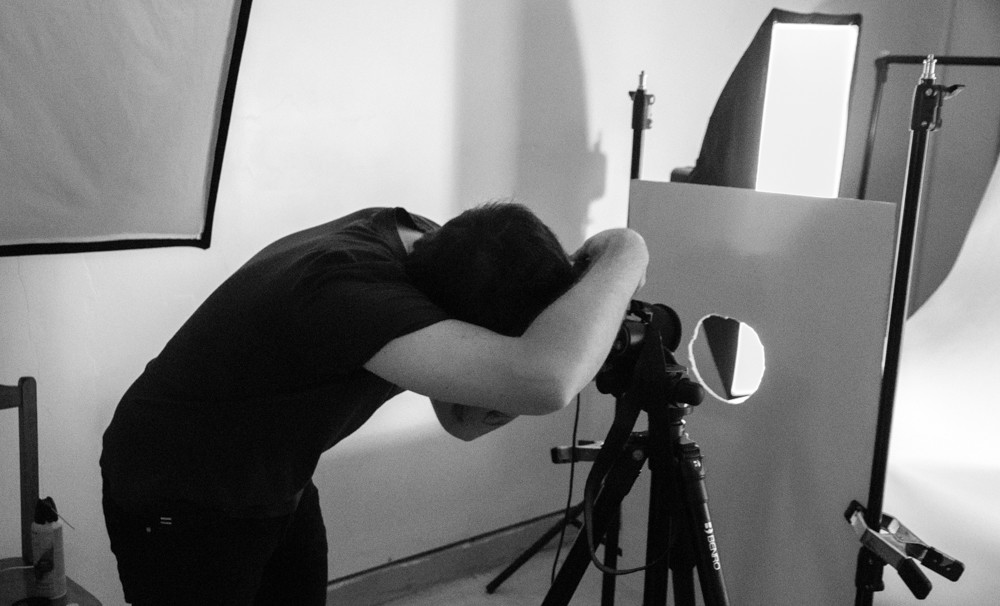 Her battle is where he found the inspiration to continue his photographs of craft beers up-close and against a pink background. But now, this pink background is the same shade of pink as the breast cancer ribbon.

That’s exactly how he decided to take his photography to the next level and build a fundraising event around it. His event, Beers on Pink, will raise money for The National Breast Cancer Foundation. He plans to make donations to the foundation based on suggested donations festival-goers make to get a wristband that will give them discounted craft beer at the event.

Most people know someone who has had breast cancer, or been personally affected by it. In fact, 1 in 8 women will be diagnosed with this cancer in their lifetime.

Julien began in July of 2016, reaching out to breweries asking them if they would like to be a part of the first Beers on Pink breast cancer fundraiser. All he needed from the brewery was a glass and beer to photograph (and a little help from promoting the event on social media!).

In true Austin fashion, all of the breweries were more than eager to be a part of Beers on Pink breast cancer fundraiser and beer festival.

Beers on Pink is Back with a New Look

The final count for breweries for the first year of Beers of Pink was an astonishing 20! This year the list has grown to feature shots of 25 Austin craft beers. 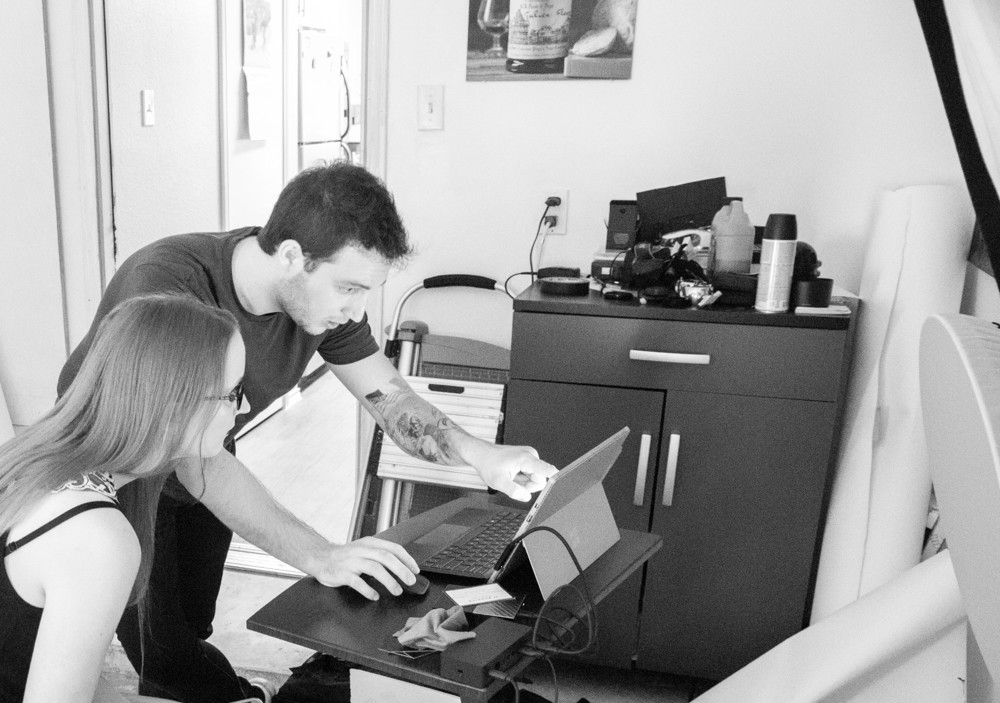 Julien reviewing the shots with a little help from his friends.

All of the Austin breweries donated their beer for him to photograph in their own glasses. When I visited his studio in South Austin recently, his new collection of brewery glasses ranged in all sizes and shapes. I loved seeing what glass each brewery picked for him to photograph!

I also was lucky enough to see some of the photographs myself and Julien’s photography has captured the unique tones and richness of each beer’s colors.

His perfectionist attitude is what makes this series unique and gallery-worthy. Across the Beers on Pink series is a theme of uniformity that will surely be captivating once they are all revealed in October at this local beer fundraiser. 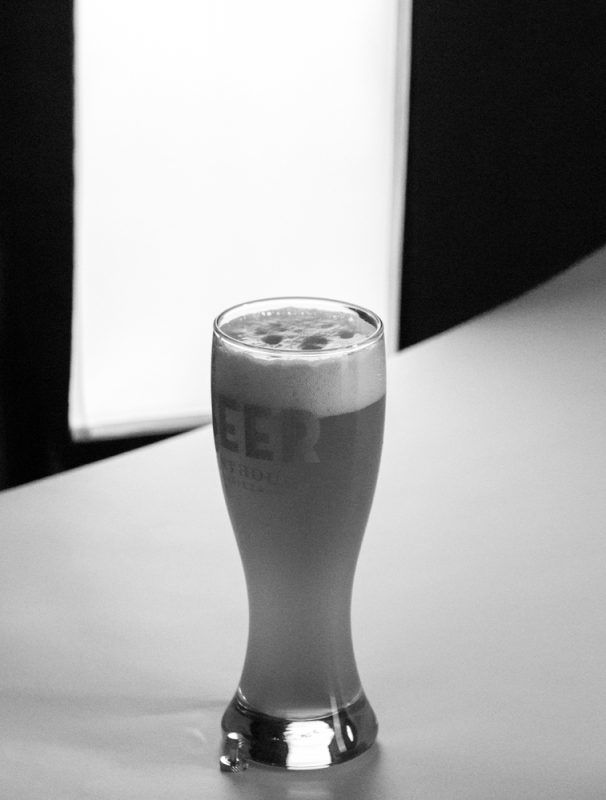 Julien hopes to continue this event every year during Breast Cancer Awareness Month and I’m sure with the support of Austin’s community and The National Breast Cancer Foundation’s backing, he’ll be able to continue making that happen for years to come.

Beers on Pink is being hosted at the Lustre Pearl East, this Friday, October 13 from 7pm – midnight.

The fundraiser will showcase a print showing and silent auction of images by Julien Fleury from 25 local breweries. Visit here for a full list of breweries participating.

Meet the Brewery Architects Designing the Next Generation...

7 Things You Should Know About Austin’s Circle...

7 Things Everyone Should Know About Real Ale...

Meet the Woman Who is Leading the Fight...

5 Beer Float Combinations That Will Transform Your Life