The 15 Best Beer Glasses for a Proper Pour Every Time 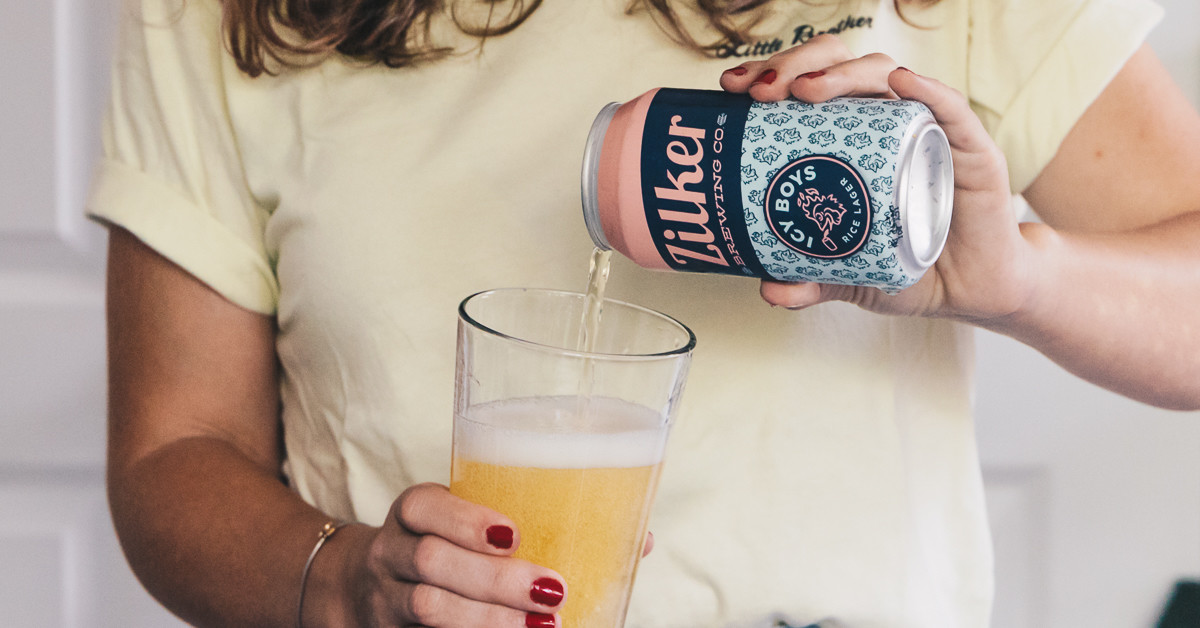 Proper beer glassware is a treasured part of beer culture.

Did you know glassware affects the taste and appearance of your beer? And there are many so types of beer glasses!

The right glass makes all the difference and can be the center stage for a wonderful beer-drinking experience. From the many specific shapes of Belgian breweries to the new American styles tailored to make drinking those craft beer hazy IPAs an out-of-this-world experience, here is what you need to know about beer glasses.

Why Does the Type of Beer Glass Matter?

There are so many reasons why the type of beer glass matters. First, in some countries, the glass is chosen by the brewer to bring out the best experience possible. So what does the proper glass do?

First, how the glass feels in the hand is important. An outward tapered glass, or ridges, prevents the glass from sliding out of your hand. For larger vessels, a handle might be required.

Next, a beer glass, just like a wine glass, can be designed to bring out the aromas of the liquid. In the general narrow top and wider bottom help most

However, you might spot a classic Pilsner glass that has an outward taper. This is done to affect the foam.

The tapered shape serves as a “wedge” and gives the head of the top of the beer some additional support. An inwardly tapered beer glass forces the head in on itself.

Don’t think the rim doesn’t play an important part, because it sure as heck does. Whether the rim is flared outward or inward, it will change the part of the mouth in which the beer is delivered.

A flared rim will distribute the liquid more widely across the mouth, not just on the center of the tongue.

Finally, when it comes to size, that is also an intentional choice. I mean, are you really going to expect a 10% ABV Barleywine craft beer to be poured into a 32-ounce beer stein? No.

Instead, beer glasses range from a few ounces to a full liter in capacity! Typically, you’ll find the beer will be matched to the glass with stronger beers being served in smaller glasses.

Types of Beer Glasses by Country of Origin

Many styles of beer glasses have strong associations with many brands within a specific style or region. There are four major beer cultures that have had the strongest influence on the types of beer glasses we all see and use today:

Some American brewers have put forth their own unique beer glasses, but American beer culture has only come out with a few and widely adopted beer glass styles.

In Belgium, nearly every brewery has its own distinct and brand glass to associate with its beer. (See photos above!) Therefore, even within one style of beer, you’ll find a range of glasses used in Belgian bars.

Most commonly, bars throughout Britain and Ireland use the nonic pint glass, but some other traditional variations are seen.

Due to Germany’s rich brewing culture, we have a full range of glasses associated with specific styles (like the Kolsch’s stange glass). The beer glass cultures of the Czech Republic and Austria both contribute and draw from Germany’s culture.

The Best Beer Glasses for Every Beer Style

The list below gives 15 modern beer glass styles and lists a few different types of beers that they are best used for. Remember, these recommendations are not absolute. Most beers, in fact, can be served in more than one style of beer glass!

About: Also known as a Bierstiefel, a beer boot is simply a boot-shaped glass that can hold one or two liters of beer.

About: Historically used for Trappist and Abbey ales. The glass’s thick walls and wide mouth make it ideal for heavier, malty beers. The wide opening helps the drinker to better analyze the beer’s aromas.

About: With a wide cylindrical ship, a handle on the side, and thick glass walls, the beer mug was invented to help keep your brew cool

About: Tall and slender, the Pilsner glass is designed for drinking lighter beers. The shape helps retain the foam head of the beer while allowing drinkers to appreciate the color, clarity, and carbonation of a Pilsner beer.

About: Notched walls and a tapered mouth make the Nonic pint glasses easy to hold and drink from. Developed in the UK in the 60’s, this versatile beer glass is my favorite and one of the absolute essentials to have at home.

About: Versatile and inexpensive, shaker pint glasses are universally used in the bar industry. Not ideal for highlighting aromas and flavors.

About: While a Tulip Pint glass can be used for a wide variety of ales, it is typically associated with Irish Stouts– especially Guinness.

About: This stemmed beer glass features a short, deep bowl that is perfect for capturing all the complex flavors and aromas of some high ABV beers. Make sure to not fill this glass to the top as you want some space left for those yummy aromas.

About: Typically reserved for ‘delicate’ beers, the Stange glass is tall and straight. This shape helps to intensify the aromas and flavors of the beer, allowing you to have a real sense of its flavor.

About: Similar to beer mugs, Steins are highly decorated beer glassware and often come equipped with a hinged lid and level for your thumb. Historically, the lids were used to prevent contamination from the bubonic plague.

About: Different from the Snifter, a Stemmed Tulip has a tapered shape that maintains the head and aroma of yeast-forward beers. I consider this another “essential beer glass”.

About: A variation of the stemmed tulip designed to specifically look like a thistle. This is meant to look like Scotland’s national emblem.

About: With a solid, narrow base, the Weizen glass has curves for days. Intended for drinking wheat beers, the shape helps trap and encourage a thick foam head, allowing for you to fully appreciate the style’s unique aroma.

About: A very tall beer glass used for drinking around two and a half pints of beer. Sometimes referred to as a “Yard of Ale”.

About: Finally, there’s the German-made, Teku Stemmed beer glass, one of the trendiest new glasses on the market. She’s an absolute beauty too. The stem makes it look like a wine glass, but with a unique angular body this glass is made to perfectly capture the aroma of your beer.

What is Your Favorite Beer Glass?

Hopefully, you found this guide helpful! If you did make sure to share it with a friend. Also, use these images below to pin this beer glassware guide to your Pinterest boards!

Disclosure: This post contains affiliate links and if you make a purchase through them I will earn a small commission. Keep in mind that I link these products because I personally love them (or want them!). Thank you for supporting this blog!

Beer Festival 101 – Must Haves and What to Expect