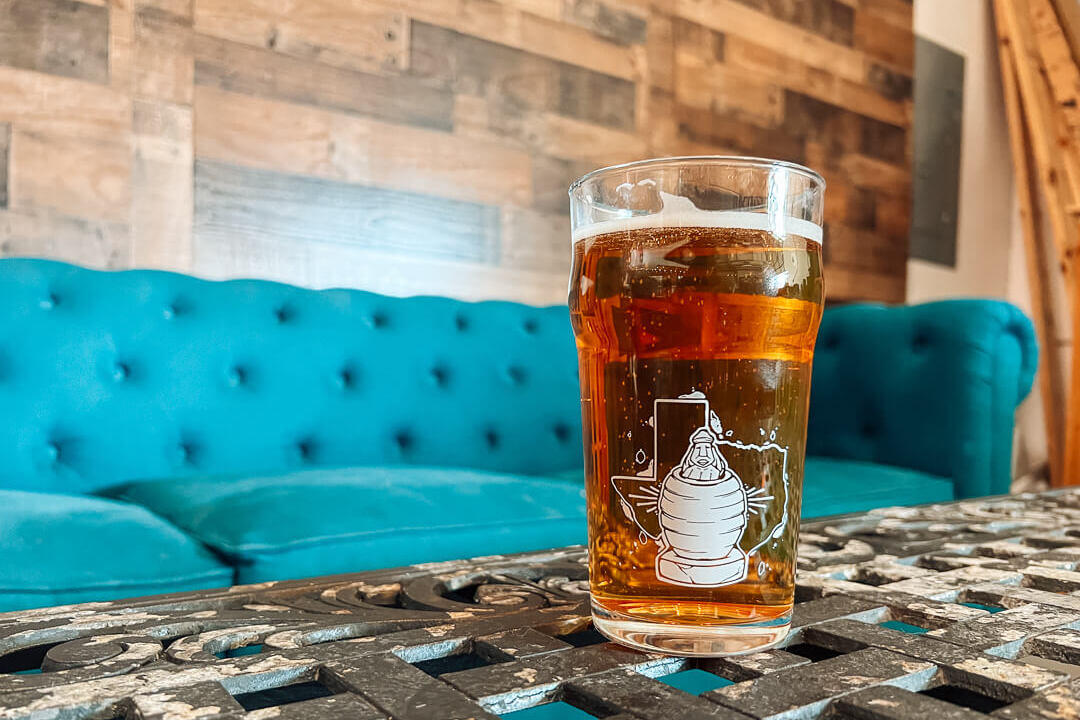 When I went to Boerne, Texas earlier this month, I was quite surprised to find FIVE breweries in this small Hill Country town. In fact, I wasn’t even planning on writing a guide to Boerne breweries before my visit.

Typically in these parts of Texas wine rules supreme. Boerne, however, was different… So after getting to visit all five of the breweries in Boerne, and hearing news of a sixth one opening in Spring 2023, I knew I had to put this guide together!

Disclaimer: This post was created in collaboration with Visit Boerne. All opinions and ideas expressed are my own. Thank you for supporting the brands that support this blog!

Before we go any further, if you don’t know, Boerne is pronounced like “Bernie” not “born”. Located 90 minutes southwest of Austin, and 30 minutes north of San Antonio, Boerne is in the heart of Hill Country.

For decades, Boerne has been a weekend escape for those big-city folks looking for a unique and fun trip in the hills of Central Texas. Today, along with its emerging craft beer scene, it is still a charming small town that has a bit of fun for everyone coming to visit.

Here’s what you need to know about Boerne’s breweries:

Barrelman Brewing is located in an industrial park a few minutes outside of the main downtown area of Boerne. And it is so worth the short drive. This family-owned, nano-brewery is named after a popular souvenir from the Philippines depicting a wooden figurine of a male covered by a barrel.

That Filipino culture is also infused into the brewery’s food and beer menu. Next to the classic pub pretzel with beer cheese (which is really really good and I highly recommend it!) are eats like Spam musubi and lumpia. The beer menu has easy going beers such as pilsners and even darker beers such as Imperial IPAs and Stouts. We got a flight and were impressed by the rainbow of beer.

Barrelman’s industrial taproom is dog-friendly inside and out. Inside has picnic tables, some comfy sofa seating, and a bar area that closely resembles a tropical hut. There is outdoor seating with plenty of outdoor toys for kids and a nice grassy green area for them to play.

Located in Downtown Boerne, Cibolo Creek Brewing Company gets their name from the nearby creek and park. Their cozy house-turned-taproom welcomes you in with a white picket fence, lush green grass, and a large, covered porch flanked by two porch swings.

Inside you’ll find plenty of tables for groups small and large, as well as their colorfully decorated chalkboard tap list. A quick tip: I was a bit confused coming here and wasn’t sure whether I should sit first, or find a host, or order from the bar in the back. I did find out that it’s best to order beer from the bar towards the back and then find your seat.

Outside, this brewery is dog-friendly but they are a bit strict since the lawn is AstroTurf. The beers were good, but many of the beers on the menu were out when we visited. I did enjoy a beer that was called a Winter Wheat but sadly, I couldn’t find any more information about it online.

You’ll notice the brewery’s ties to baseball immediately as you walk in. It’s not over the top by any means. It’s not a baseball-themed brewery, it’s a brewery owned by a professional baseballer. There’s a professional podcast studio and rack of 16 baseball bats proudly mounted on the wall by the bar. Not baseball related, but there’s also a real 100-year old water well (that goes dozens of feet down into the ground) towards the left side of the bar!

There is a bit of something for everyone to drink on here. I thought their beers were done well. And I quite enjoyed my red ale as well as their honey blonde.

The taproom is dog-friendly inside with a large outdoor patio out back. Often featuring live music and local food trucks, Free Roam is one of the coolest breweries in Boerne. They were our top favorite and judging by the crowd when we went on a Friday night, it’s one of the local favorites as well.

Opened in 2002, The Dodging Duck Brewhaus is the oldest brewery in Boerne. Today, they’re serving up an impressive selection of beers brewed on-site in their 10-barrel copper-clad brewery. From there it is piped directly to the taps at the bar so customers can get the freshest brews.

Dodging Duck is located in a renovated farmhouse and navigating through the rooms provides a warming sense of nostalgia for Grandma’s house. Their food menu is very long and features innovative and contemporary dishes using regional ingredients. We didn’t come with much of an appetite but I did order a cup of the chili and it was delicious!

Outside is dog-friendly with multiple seating options. We went when it was chilly and they had the heaters on, but it also looked as though they had ACs as well for those brutal summer afternoons.

Located in the historic H.O. Adler Building on Boerne’s historic Main Street, Tusculum Brewing is a relaxed place to meet up with friends and family. This pub and brewery features a small but delicious menu of eats to enjoy alongside their approachable brews.

We went for brunch and one of the dishes we enjoyed the most, and one I recommend, is their take on Canada’s national dish, Poutine. The gravy was out of this world and almost had me licking the plate clean. I swear, I didn’t!

When it comes to beers, the menu is constantly changing and the selections will appease all sorts of beer lovers. From fruity tart sours, to hazy IPAs, as well as lagers, you can tell Tusculum likes to have some fun with their brews.

The inside is large and great for hosting groups. We quite enjoyed the high-top tables at the front. They provided a great place for people watching! Outside, and around back, is a dog-friendly second tap room that has access to the Cibolo Trail and creek. The dog-friendliness doesn’t end there, this Boerne brewery also regularly name beers after their pups and host adoption events!

Hope you found this Boerne Brewery Guide helpful! If you’re looking for more to do (or drink) around Hill Country, check out some of other blog posts:

The Best Beers to Pair with Your Favorite Girl Scout Cookies