9 Texas Hill Country Breweries That Are 100% Worth the Drive 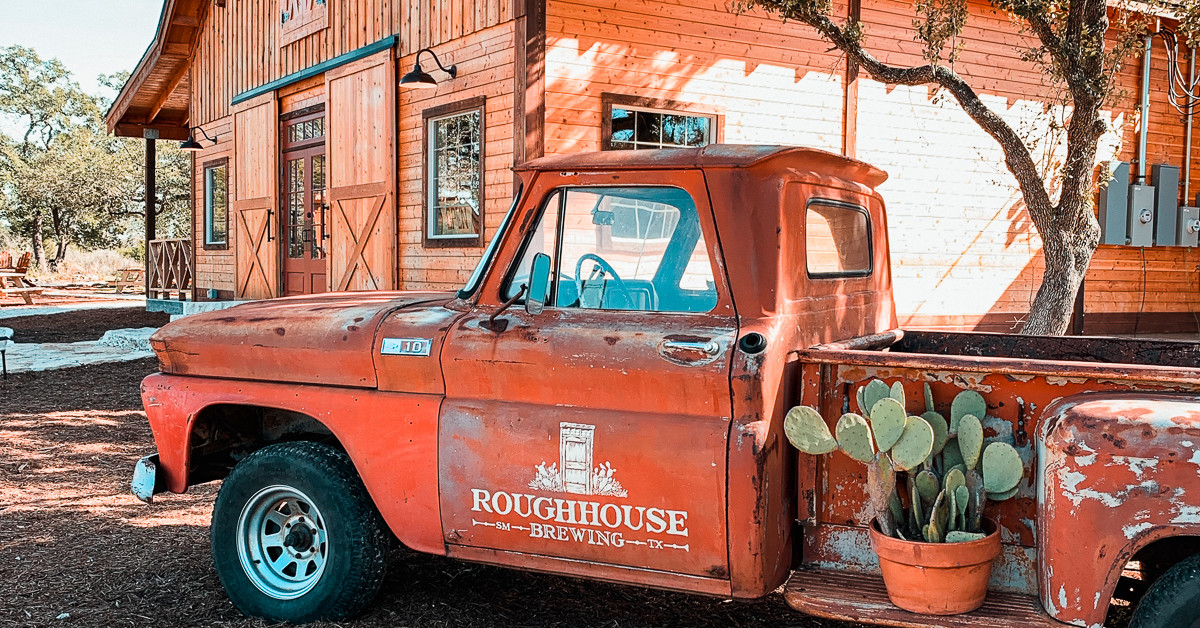 I say breweries in Texas Hill Country ‘worth’ the drive, like any drive through Hill Country is some sort of torture.

Quite the opposite, in fact.

One of my favorite things to do is to drive out through Hill Country. It’s relaxing, quiet, and winding– it feels like you could just drive forever and ever and still be in beautiful Texas.

I remember my first time experiencing Hill Country. Simply because, it is that life-changing.

It was actually out on Jester King’s property (August, 2016, see picture below). Yes, their beer is talked about and enjoyed far and wide, but the beauty of the first half of what they are, a “farm brewery”, is just as spectacular as the second half.

9 Breweries Near Austin, Texas Worth Traveling For

I always make sure to take visitors to a few of the breweries to get them out of the glitz and glam of ‘big-city’ Austin. Plus, Hill Country is a sight to see. Nowhere else in this country is as beautiful as Hill Country, especially in the spring, and that’s a fact. ;)

So whether you just need a break, want to do a day trip, or on the hunt for the lesser-known breweries, this list of nine is for you. There’s a map for you down at the bottom so you can easily save it to your Google Maps, one of my favorite features in the free tool.

Barrow Brewing in historic Salado, was the last stop (#50) on my recent Texas Brewery Road Trip. My traveling partner, Steve, and I were both very excited to check out this rather-newish brewery.

The brewery itself is located right next to Salado Creek. So grab a beer and head down to the water for some nice R&R as you sip on one of their delicious craft beers (try an Evil Catfish American IPA or Creek Don’t Rise Lager).

Creekside brewery chillin’ under the shade of tall trees is what makes this Texas brewery worth the drive.

Just opened in February of 2019, Bear King Brewing is one the newer breweries in central Texas. So far, their Monkey Bridge Hefeweizen and light citrusy Wandering Blonde ale have been the biggest hits.

The brewery features a massive 5,500 sq ft. (taproom and restaurant!) with indoor seating for 200+ guests. Plus, there’s an open-air beer garden, patio games and live music.

The name, Bear King, is that of legend. The tale is that a a mysterious creature stalked the outskirts of Marble Falls. Some say it was half-man, half-bear. Others claim it was just a bear, or simply a man. Either way, the myth of the Bear King stuck.

Established in 2013, Bluebonnet Beer Company is one of my absolute favorite, “lesser-known” breweries in the Austin-area. Located in a industrial building complex, husband and wife team of David and Clare Hulama are living their dream as brewery owners that was ten years in the making.

David holds a degree in Biology from the University of Texas at Austin and also earned his Diploma in Brewing accreditation from the Institute of Brewing and Distilling in London after successfully completing the Master Brewers Program at the University of California at Davis!!! INCREDIBLE. And Clare, she’s a sales and marketing veteran of over 20 years. While each has their area of expertise, they work together to brew, package and distribute every drop of Bluebonnet beer.

I’ve heard both still have their 9-5 job, which is why the brewery is only open a few hours on Friday and Saturday. However, there’s always a crowd (and a food truck) hanging out and enjoying their delicious, clean, and flavorful brews.

My most favorite beers are their Cream Ale, the Brown, Amber, and their Kolsch. And I love their Pils… and their Wit is incredible. Ok, everything they brew is incredible…

I’ve said it a lot in this post, but this is another one of those breweries in Texas on a beautiful piece of land. But hey, I guess that’s not that hard out here in Hill Country.

Family Business Beer Company has plenty of shade on their land, and that comes from the rows and rows of live oak trees surrounding the taproom.

Tucked away in the trees is a very awesome playground and a small, but yummy food truck. Family Business Beer Company is 100% family and dog friendly. Just be aware that you just might run into a celebrity and a fangirl or two while you’re out there.

In all seriousness though, yes they’ve got a beautiful property and a celebrity owner, but their beers are the real star of the show here. If you love clean, and simple lagers, you’ll love the wide selection here. Each one is more delicious than the last. Pick up a crowler or five, you won’t find much of their stuff in Austin.

Jester King in Austin, Texas is an authentic farmhouse brewery known for their mixed culture and spontaneous fermentation programs. Their brewers are masters at incorporating the natural surroundings and agriculture into beer, they uniquely tie their beers to “a time, place, and people.”

The farm is a short drive out to Texas Hill Country, but it sits on a spot of land that will be the prettiest you ever see.

Pro-tip: Go to Revolution Spirits and Argus Cidery, they’re just a short drive down the road from Jester King, and have some of the best gin and cider in Texas, respectively.

Rolling up to Roughhouse Brewing’s property instantly reminded me why I fell in love with this state. All the cacti and live oak set against the beautiful rolling hills of Hill Country…

Inside their gorgeous and smells-like-new farmhouse (they just opened in 2019!), is plenty of farmhouse-style beer utilizing local yeasts, White Oak foeders, and water from their on-site well.

The property that the farmhouse sits on is gorgeous and expansive. Plenty of room to grow and host large crowds of travelers making the commute from San Antonio to Austin.

I highly recommend Ona, their farmhouse amber (brewed with cherries!!). However, you really can’t go wrong with any of the four beers they’re currently offering. The other three include a dark saison, refreshing and complex table beer, and a farmhouse IPA. I’m sure there will be more incredible beers to come out once the team gets settled. We’ll all be looking forward to it, that’s for sure.

San Gabirel River Brewing is a GEM of a brewery. Located way out in the middle of nowhere is a small, unsuspecting outpost of a brewery. While the exterior is humble and simple, the interior is tiny and filled with incredible brews.

You won’t find most any of their stuff here in Austin. That definitely makes it worth the drive. But it’s also the chance of getting to talk to owners and brothers John and Patrick Peck that really make the brewery a special place. They’ll be ready to chat with you along with a growing group of regulars when you visit!

8. SAVE THE WORLD BREWING CO.

In 2012, husband and wife team, Dave and Quynh Rathkamp, decided to quit their jobs as physicians to open Americas first 100% philanthropic production craft brewery. Hence the name, Save the World.

Save the World’s brewing philosophy is “celebration beers to be enjoyed today and tomorrow because everyone enjoys a special occasion.” Their most loved for their artisanal Belgian-style beers. Most popular are the Fructum Bonum Saison / Farmhouse Ale and Lux Mundi Patersbier.

What makes them worth the drive is the unique and interesting beer styles you’ll find on tap, most of which are only available in their taproom. Their Marble Falls brewery is pet and family friendly. Plus, it comes with all types of games to keep everyone entertained.

Right in the heart of the Texas Wine Trail is Vista Brewing. A 21-acre property that include brewery, tasting room, a farm-to-table culinary program, vegetable garden, bee hives, plus plenty of outdoor event spaces and a trail that goes around the property. It is THE definition of a destination brewery.

Living by the motto, “Fresh air and fresh beer,” Vista Brewing is just the place to come and enjoy the beauty of Texas Hill Country. Come out here– and stay out here. For the whole afternoon if you’d like! (Just make sure to pace yourself or get a DD!)

Co-owners: Kent and Karen Killough have assembled their own team of Avengers, pulling together experts from a whole range of industries.

Pat was the co-creator of Cellar 3, one of California’s largest craft beer barrel houses, and has over 25 years of brewing experience at craft beer staples like Green Flash and Karl Strauss. Pat will be taking the helm from Josh Watterson who helped launch the brewery.

Their chef is Andrew Stiver and he’s leading a culinary program that sources hyper-local proteins and use fruits, vegetables, and herbs grown at the brewery or foraged on the property. He keeps the menu as fresh as his ingredients, but you can always bet on something delicious.