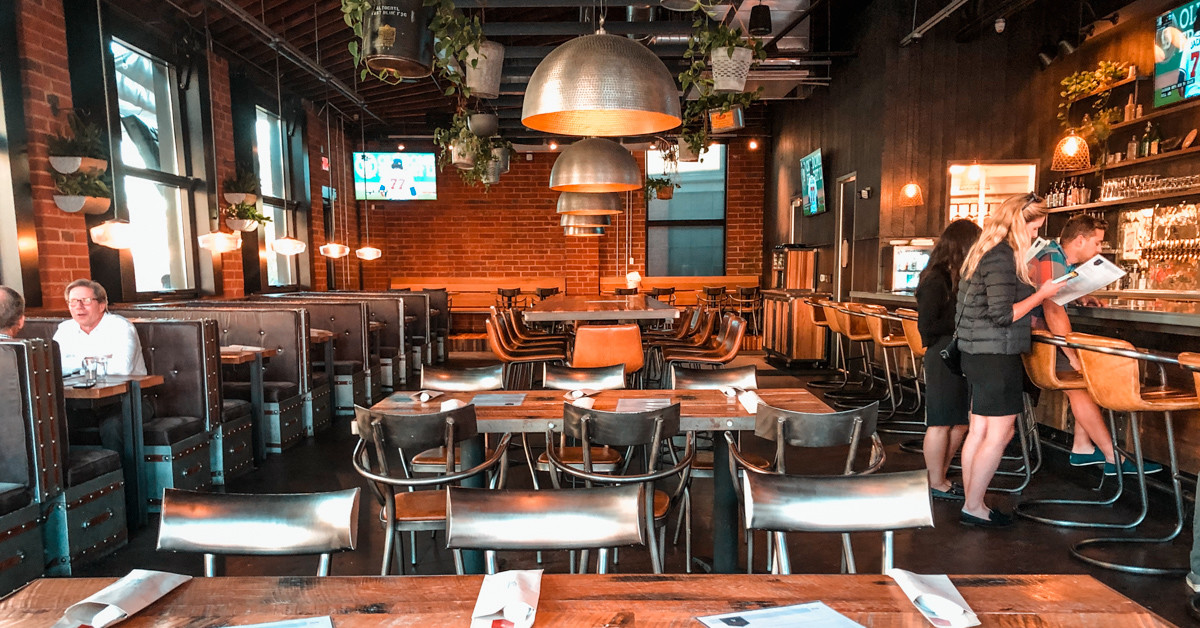 The Queen City is quickly becoming known for its booming craft beer scene. I had such a good time this October as I got to explore the best breweries in Charlotte, North Carolina!

Many of these Charlotte breweries followed a similar pattern, at least when it comes to design… They were modern, rustic, and industrial– all at the same time.

With gorgeous interiors decorated with lush plants hanging from the high ceilings and natural light beaming in from every direction, I’m in love.

All over the place. But like… in a good way.

Classic German styles, incredible sours, and plenty of IPAs that you’d want to fill your suitcase with.

The Best Breweries in Charlotte, NC

Honestly, this Charlotte brewery guide has been on my to-do list for a while. Almost two years to be exact…

In the two years since my second most recent visit, the area has come to life with craft beer. It’s been a second wave of breweries opening with knockout, buzz-generating beers, fresh out the bat.

I’m glad I got to go back to see how the city has changed. And especially how beer has been there right along with it.

So without holding you up any longer, let’s get into the good stuff: Where to drink beer in Charlotte!

Known for their Berliner Weisses and West Coast IPAs, Diving Barrel has made quite a name for itself in the Charlotte brew scene. The industrial interior is large, and decorated with plants hanging from the ceiling. You’re sure to pick up some design inspo to bring back to your own home.

This Charlotte brewery is dog-friendly inside, and out. And their lovely, cozy beer garden is the perfect place to relax with some local beers. There’s usually always a food truck on site, but my recommendation is to go on Taco Tuesdays!

It’s a coffee shop! It’s a cocktail bar! It’s a brewery! It’s a restaurant! Yep, Suffolk Punch Brewing has it all.

It’s one of my personal favorite breweries in Charlotte. And my admiration goes further than their long tap list full of every beer imaginable. This is a solid place to come solo, on a date, or with your coworkers.

I love being here because of the vibe. Suffolk Punch has a warm and inviting atmosphere. With an interior so gorgeous you’ll be taken aback as soon as you enter.

With two locations (and working on a third), Legion Brewing Company is a Charlotte brewery that’s passionate about keeping the “spirit of culture” alive in their neighborhoods. I visited their location in the Plaza Midwood neighborhood, which is a fun spot packed full of breweries, restaurants, and bars. This brewery brews their beers using “olde world” techniques while adding new and unique flavors.

The Olde Mecklenburg Brewery is Charlottes oldest microbrewery. With a spacious brewery serving food and beer in their pub and eight-acre beer garden, this spot packs a crowd!

This was one of the first Charlotte Breweries I ever visited, but being a big fan of German beer I fell in love immediately. On Saturdays and Sundays, the brewery offers a free, hands-on brewery tour. If you’ve got the time, I recommend coming hungry and joining a tour after you get your bellies full.

Pilot Brewing in the Plaza Midwood neighborhood is a nano-brewery that specializes in small batches of experimental beers. They were also the only North Carolina brewery to win TWO medals at the 2019 Great Amercan Beer Festival!

The brewery gets its name from Jeff Hudson’s career as a pilot, as well as the three-barrel pilot system that brews their beer. Rachel Hudson is the head brewer however, and she works hard to make sure every visit has a new variety of selection. The space is intimate —only 70 seats in less than 2,000 square feet—making the experience cozy and ideal for conversation.

Resident Culture joined Charlotte’s brewery scene in 2017 and quickly became a local favorite. Brewing funky farmhouse ales and hazy IPAs, they’ve got plenty of beers worth stocking your fridge with. The brewery is large, dog-friendly, and covered in murals of cartoon characters done by staff member, Maryssa Pickett.

Right next to Rhino Market, Town Brewing Company is an exciting new brewery in Charlotte. They have a fantastic variety of beers (including seltzers!) and a taproom that is open and welcoming.

I visited this place one evening to do some work and had a wonderful time working my way through their beers. If I lived in Charlotte, this is one brewery that I’d become a regular for!

Other Breweries in Charlotte Worth Visiting

Sadly, I didn’t get to visit all the best breweries in Charlotte. I did love getting all the recommendations from you all on Facebook and Instagram. So thank you very much for those!

The following spots were on my list of must-visit breweries in Charlotte but due to either location or time constraints, I was unable to stop by. Next time though…

Use these images below to save this brewery guide to Pinterest

Been to the Queen City before? What’s your favorite brewery in Charlotte?

Breweries to Visit and Things to Do in Marble Falls