Home » Beer Guides » Does Beer Expire? A Lesson on How to Properly Store and Age Your Beer

Does Beer Expire? A Lesson on How to Properly Store and Age Your Beer 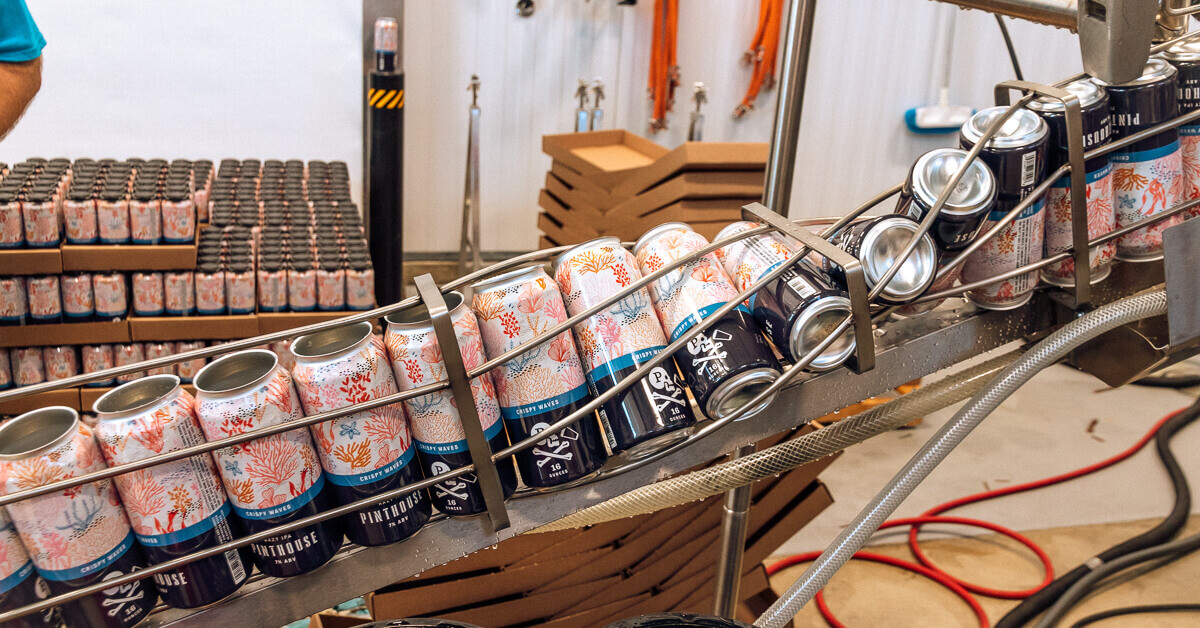 “Does beer expire?” It’s one of the most common questions for many beer drinkers. Yet, the answer is quite multi-layered…

So does beer go bad?

No (but the flavor changes).

But some beers can also get better with age.

That’s what we’re going to dive into in this blog post. I’ll share with you all the answers to some of the most common questions on the mystery of old beers:

How long is beer good for?

Plus, I’ll also be sharing all my tips and tricks for properly storing and aging beers of all kinds! So enough of the fluff, let’s dig in.

Does Beer Expire or Go Bad?

Answer: No beer doesn’t expire, but yes, it can go ‘bad’.

Typically, a high-alcohol percentage, acidity, and smoke phenols will act as a type of preservative, which in turn slows down the aging of beer. Super strong beers tend to age sweetly, while hoppy beers tend to lose their hop flavor and aroma as they age.

That being said, your most commonly aged beers are porters, stouts, lambics, Rausch beers, and British style barley wines. In general, you won’t really want to age IPAs or lighter colored lagers.

How Does Beer Go Bad?

Food is an organic substance. Beer is food. That means eventually a beer will decay, just as all living things do. Avoid exposing your beer to sunlight, oxygen, and bacteria to keep your beer’s flavor the freshest it can possibly be!

Here are some tips about keeping beer from going bad:

How Long Does Beer Last?

Answer: Generally, expired beer is not going to make you sick, but it is most likely going to taste bad after several months of un-refrigerated storage.

From fermenting to conditioning, beer undergoes a lot of changes, but at a certain point, it’s declared ready for shipment. And the beer continues to change when it leaves the brewery, but for most of the beer styles, these changes are bad.

One of the first changes in a beer is the hop aroma begins to dull fast. That’s why you often hear about the freshest IPAs possible, and you’ll commonly see cans of those beers with dates on them.

Read This: This 126-Can Beer Fridge is How Your Beer Deserves to be Chilled

Now hop aroma isn’t the only thing that begins to fade with age, but hop bitterness will too. If you ever had a light-colored beer or an IPA with little snowflakes in them, chances are you had a very old beer. Those snowflakes develop from proteins in the beer.

So yes, for those lighter styles, you’ll want to drink them as fresh as possible as that is how the brewer intended the beer to taste.

On many bottles and cans, you will find a packaging date that can help you ensure you’re getting the freshest beer. (See Picture Below)

Now, which styles are best for aging? Primarily ales.

CraftBeer.com’s way to determine which beers will age best couldn’t get simpler. They call it the “Three S’s“: strong, sour, or smoked. Beers with an ABV of 7% or higher also tend to do well with aging in general.

However, some of the most interesting changes can be seen in bottle conditioned ales and spontaneously fermented beers. These beers are considered “live” and undergo a massive change as they age gracefully (unlike filtered or pasteurized beers).

Here is a full list of aging time for different beer styles:

How to Properly Store Your Beer

So now you know what kind of beers are gonna age best, it’s time to talk about how to keep them safe in your own cellar. My little beer storage area is pictured above. I also have an additional IKEA cart in my closet with the bottles that need to stay upright and out of light (more on that later…).

With the right conditions, aging beers at home is easy and fun as you get to notice the change that takes place over time.

Read This: Everything You Need to Know About the GrowlerWerks uKeg

Keep your beer at a cool temperature to help slow the aging process. A beer fridge is a great investment if you want to keep your brews at specific temperatures. If you are aging heavy ales in bottles, keep those out of the fridge until you are ready to drink them. Additionally, it is important to note that the biggest effect temperature has on beer is when there are drastic changes in temperature. SO taking your beer in-and-out of the fridge, or leaving it in the car on a hot day is going to hurt it!

Store your beer upright when you are aging it. Keeping a beer, especially a bottle with a cork, maximizes the amount of surface area for oxidation.

Finally, learn how long different beers keep in different vessels. Here are some suggestions based on personal experience regarding how long beer stays good:

Have any questions about if beer expires? Or how to properly age your beers? Leave them as a comment below!

And if this article helped you, please do make sure to share it with a friend!

10 Northern Virginia Breweries That Will Knock Your Socks Off