Drink the Day Away in Beautiful Dripping Springs, Texas

Texas is the finest portion of the globe that has ever blessed my vision.

One of my favorites quotes about Texas is by the incredible 18th century politician Sam Houston. Now I don’t know if he was talking about Dripping Springs when he said those words above, but whenever I visit this piece of Texas it those words that come to mind.

Let’s move on to the fun stuff since this isn’t a history lesson! 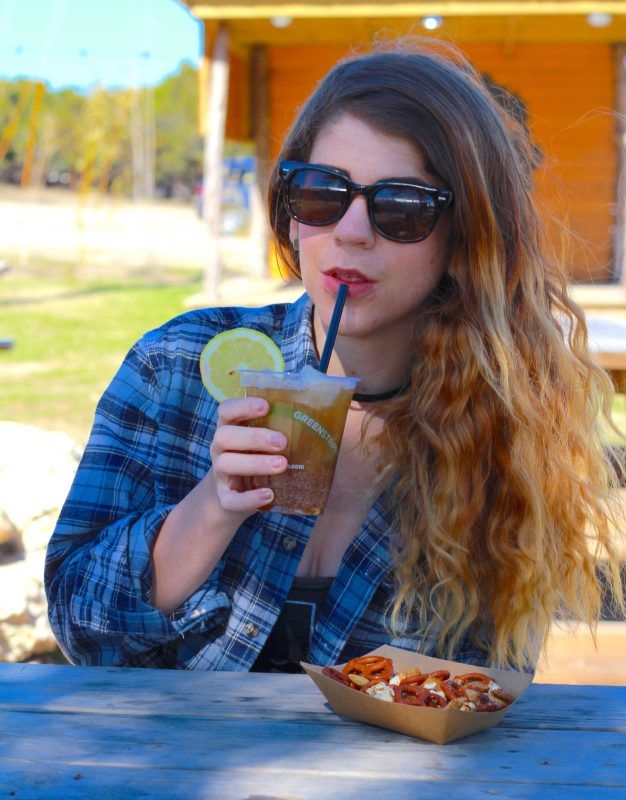 Other than the beautiful views, Dripping Springs is full to the brim with just about every kind of booze out there!

Beer, rum, wine, cider, vodka, and tequila; whatever you like to drink, it’s made here. Come hungry too, cause there’s plenty of pizza and BBQ around to soak it all up!

Just a bit west of Austin, Texas, Dripping Springs is a goldmine of some of the best booze makers in the state.

Where To Drink in Dripping Springs, Texas

It would be easy to fill a book full of the great places for drinking in Dripping Springs but I don’t have that kind of tolerance! So here’s my six picks to take you through all of the best booze being made out that way.

Check the bottom for a Google map and pin to save for best places to drink on your next  Dripping Springs day trip! 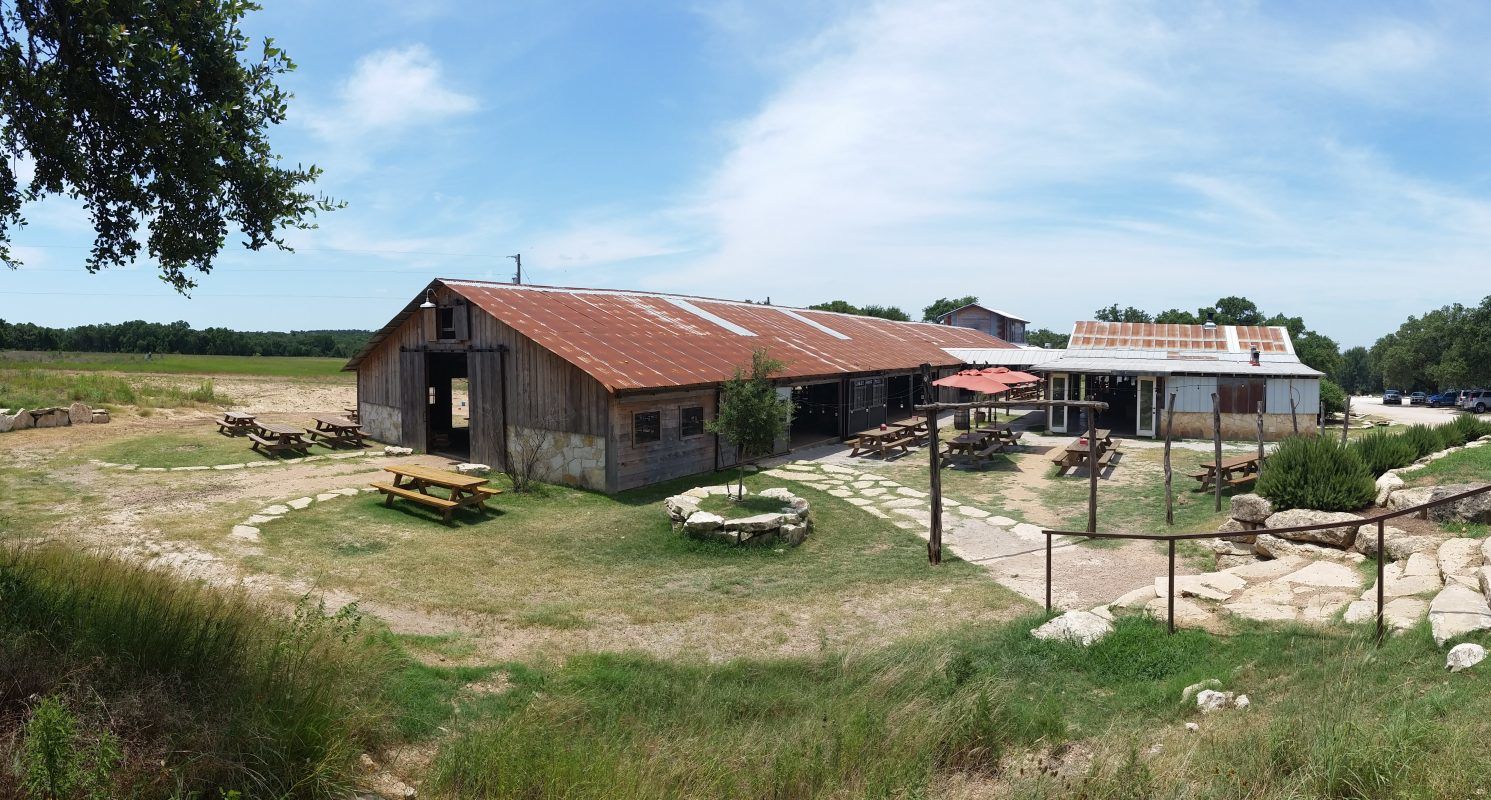 Since there’s over 20 breweries, wineries, and distilleries in the greater Dripping Springs area, it’s hard to prioritize where to visit. Some times it’s best to take turns, but one place that should never be skipped over is Jester King Brewery.

Any visit to Jester King’s farmhouse brewery out in Texas Hill Country means a whole bunch of funky new sours to check out. Many of these beers are one-offs, with a few regulars, so it’s pretty exciting checking out the new releases.

With that in mind, some weekends are bottle release weekends which means long lines, like 2,500 people long. So make sure to check out the official brewery blog or Facebook page first!

This brewery is open weekends and definitely bring the dogs and family. I highly suggest going on the tours offered throughout the afternoon. Don’t worry about specific times, just keep an ear out for one of the workers to shout out a warning notice in a booming voice! 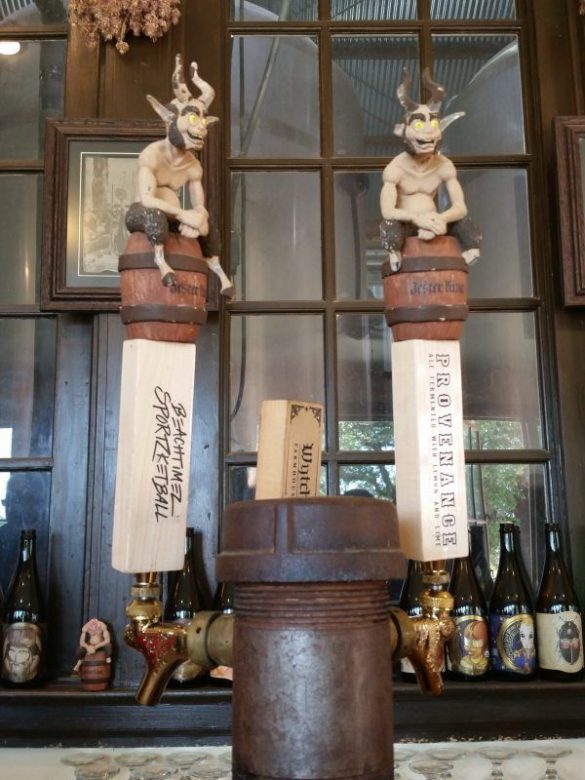 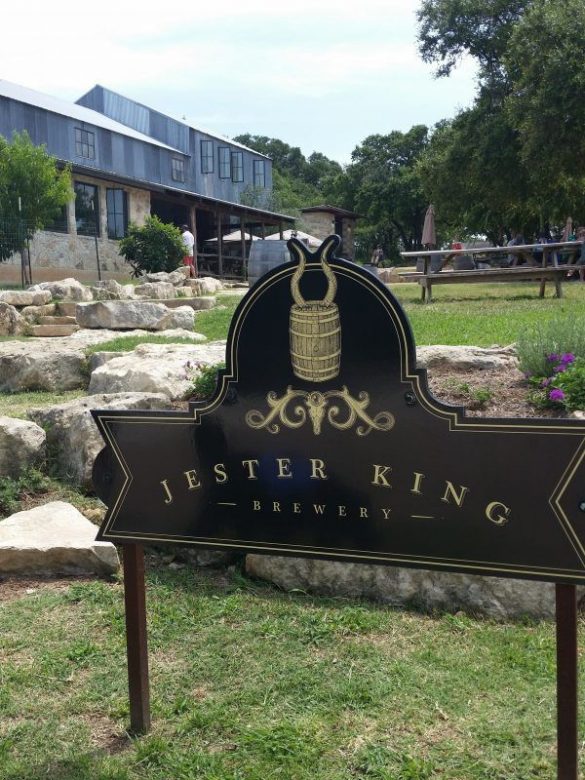 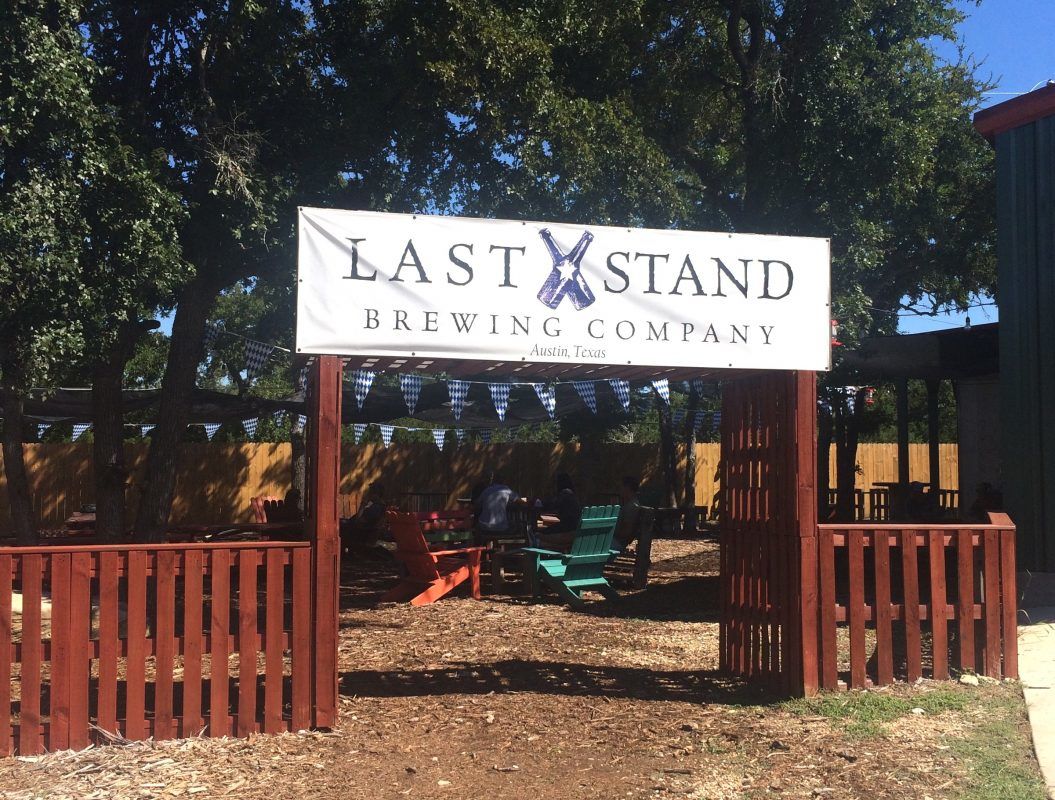 After Jester King (or in case, there’s an insane bottle release line), take the short drive down the road to Last Stand Brewing Company.  They’re coming up on their second birthday and they’re still brewing full bodied, high-quality beers.

Personally, I think their brews are best enjoyed at their picturesque Dripping Springs brewery located in Craftsman Park. It’s heaven chilling outside between the hunter green sheds and underneath the shade.

Last Stand Brewing has four core beers: a Belgian Pale Ale, Simcoe Pale Ale, SMaSH Citra IPA, and a Coffee Porter. The taproom usually features a few other seasonal brews on tap and they never disappoint. My favorite though has to be that Belgian Pale Ale, coming in at 8.9%, it isn’t playing around! 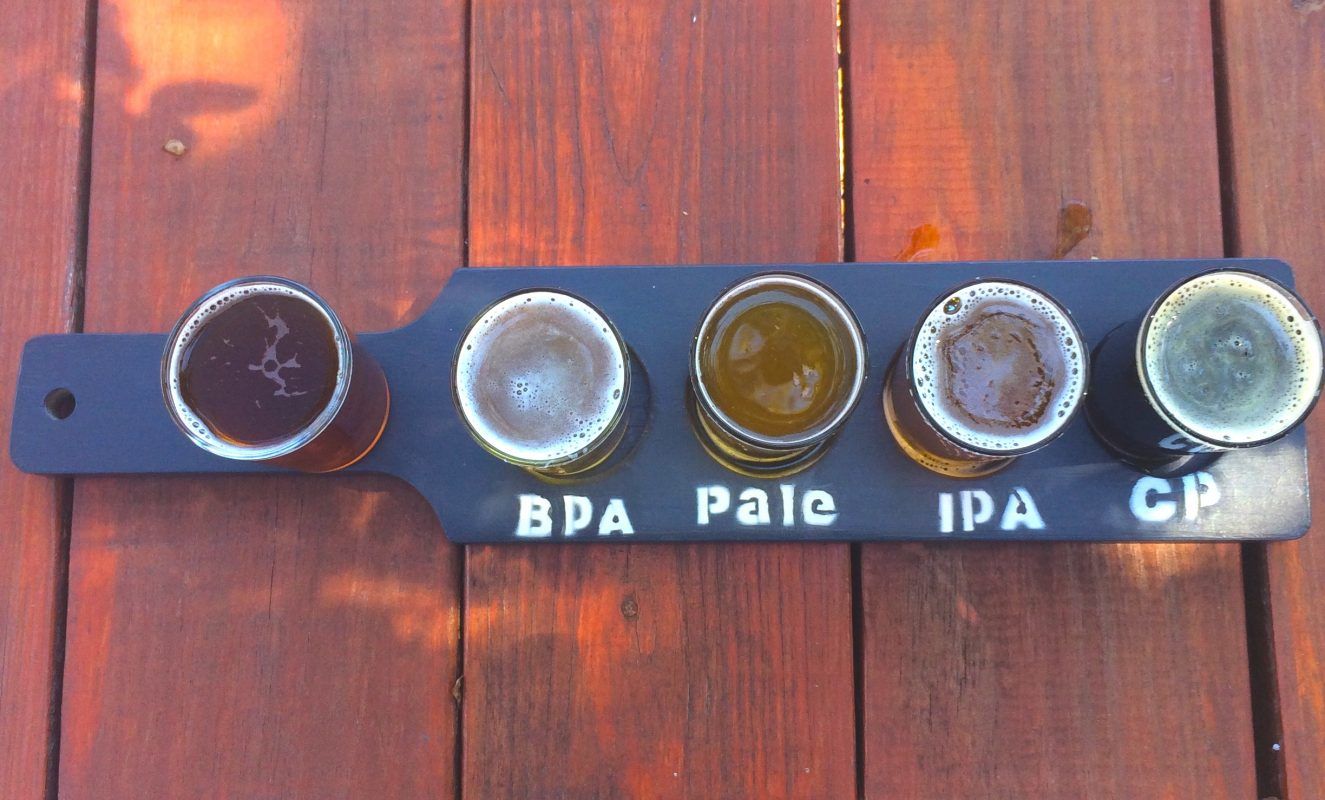 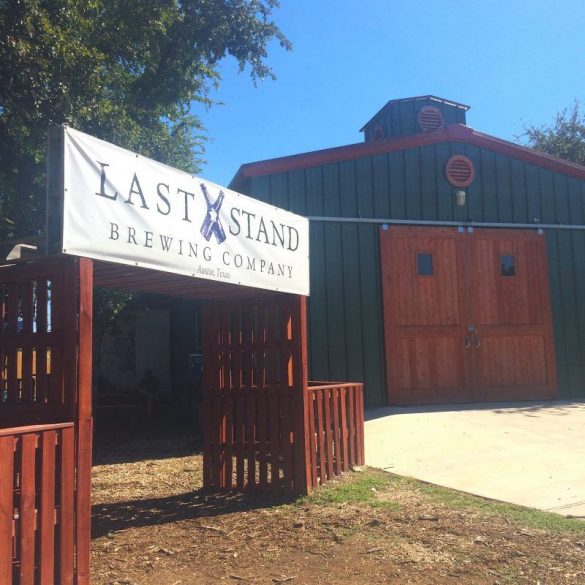 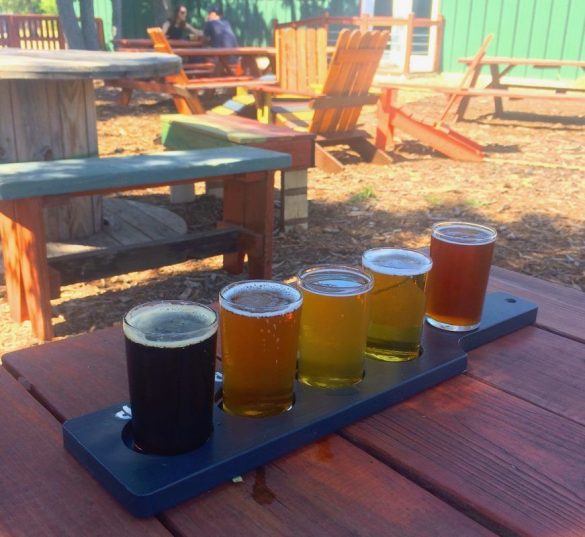 If you’re looking to switch things up from beer, visit one of Austin’s favorite cideries, Argus Cidery. Also located in Craftsman Park with Last Stand and Revolution Spirits, it’s the perfect location to sip on the alcoholic product of Texan apples.

Argus Cider was one of the first producers of hard cider in central Texas. This cidery started in 2010 when the founders grew tired of the lack of dry cider utilization of Texan apples. They’re one of the most popular cideries in Austin and their product can be found in cans, bottles, and on draft in most bars and restaurants here!

Don’t let that be an excuse to skip out on a visit to these guys! Their prohibition-style taproom out in Hill Country is the best place to enjoy these Texas apples. 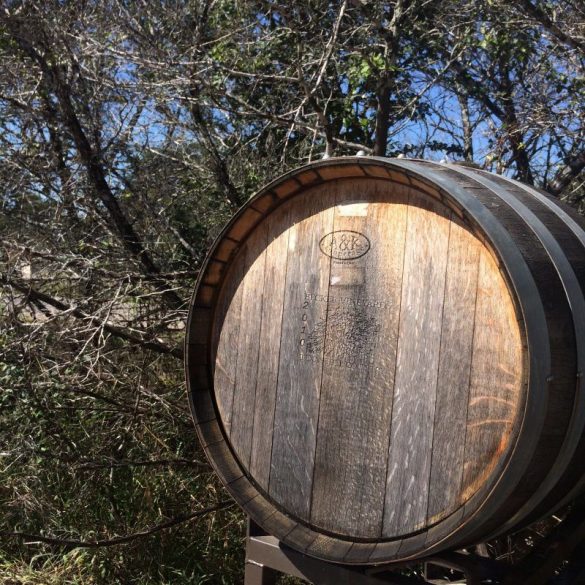 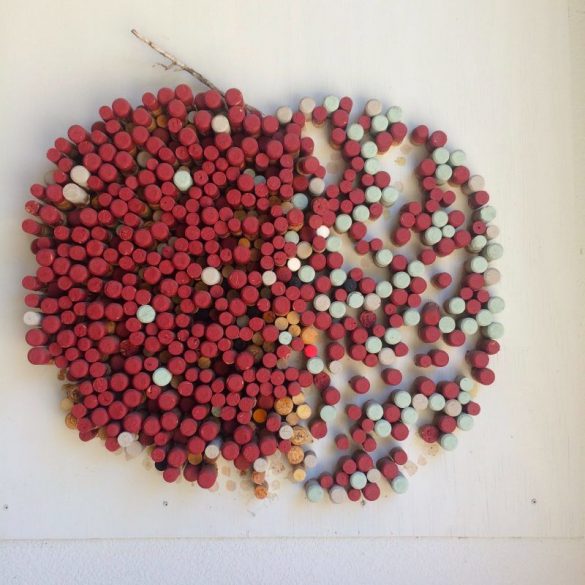 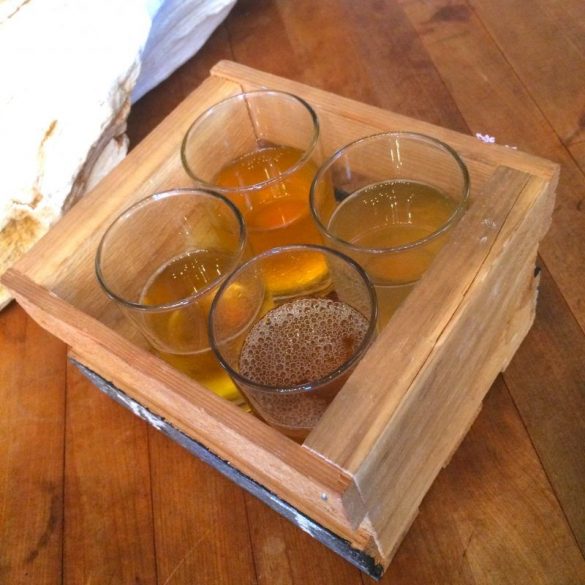 In case you didn’t know, cause I didn’t till I visited this place, but the Treaty Oak is a large Live Oak near downtown Austin and it’s the last surviving member of the Council Oak, a grove of 14 trees that served as a sacred meeting place for Comanche and Tonkawa Tribes.

That majestic 500-year-old Live Oak tree is also where Stephen F. Austin signed a border agreement in the 1830s. For Treaty Oak Distilling in Dripping Springs though, that Oak tree symbolizes the strength and longevity of their high-quality spirits.

Treaty Oak is distilling almost every type of spirit under the sun and they’re using that fine, fine Texas Hill Country Spring Water. Their Starlite Vodka is the main star in their extensive line-up, but with good reason. With a vodka that’s this smooth, simple, and easy-going, you’re going to want to make Starlite a mainstay on your liquor shelf.

But, being the devoted rum fan I am, I have to give mega props to Treaty Oak Distilling in Dripping Springs for making not one, but two incredible rums, silver and barrel-aged. Who knew that Texas molasses could deliver flavor just as great as Caribbean sugar cane?

You can get three straight tastings for $4 in their gift shop or head to the ‘bar barn’ for cocktails and light snacks.

Also, Treaty Oak is dipping their toes into the craft beer world with four brews on tap during my visit. We need to keep our eyes on them… 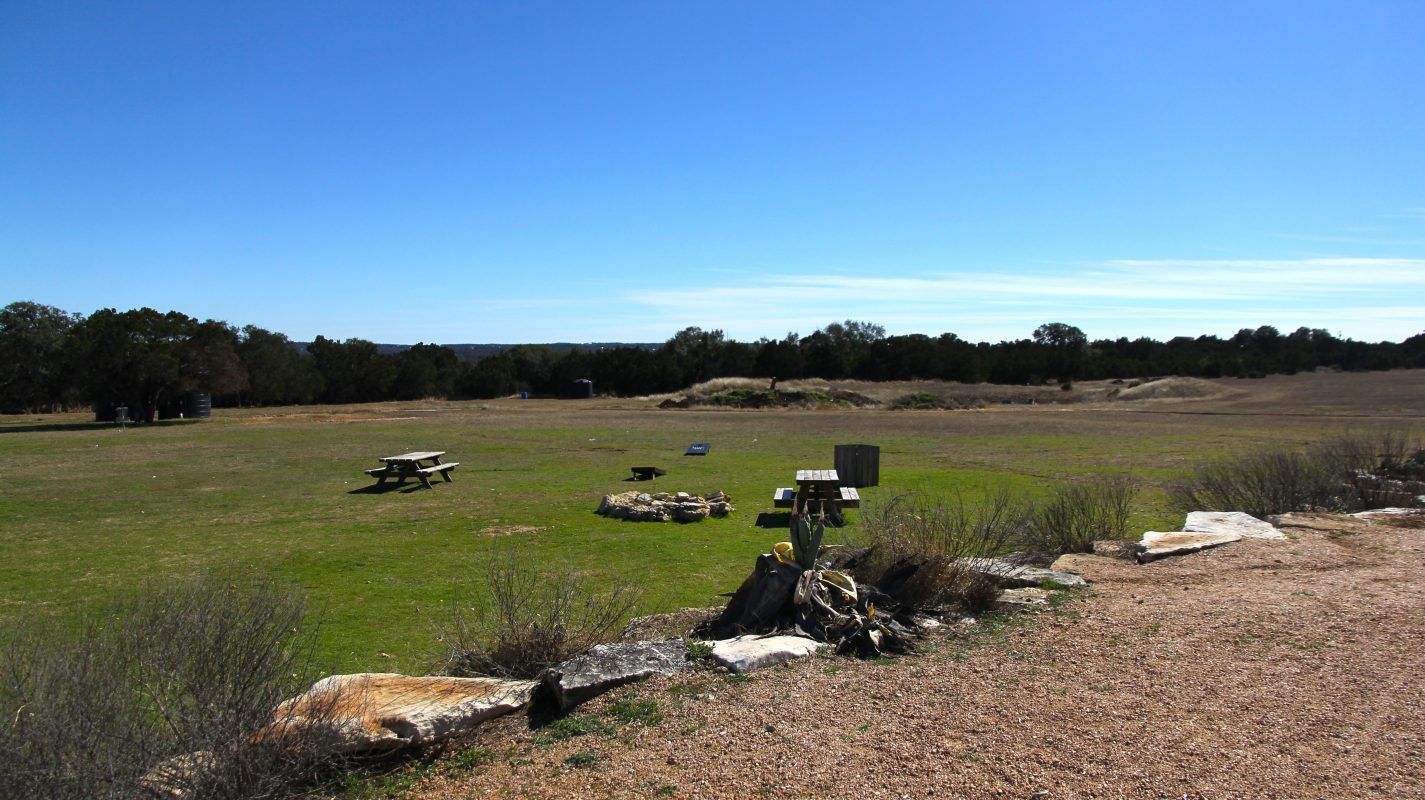 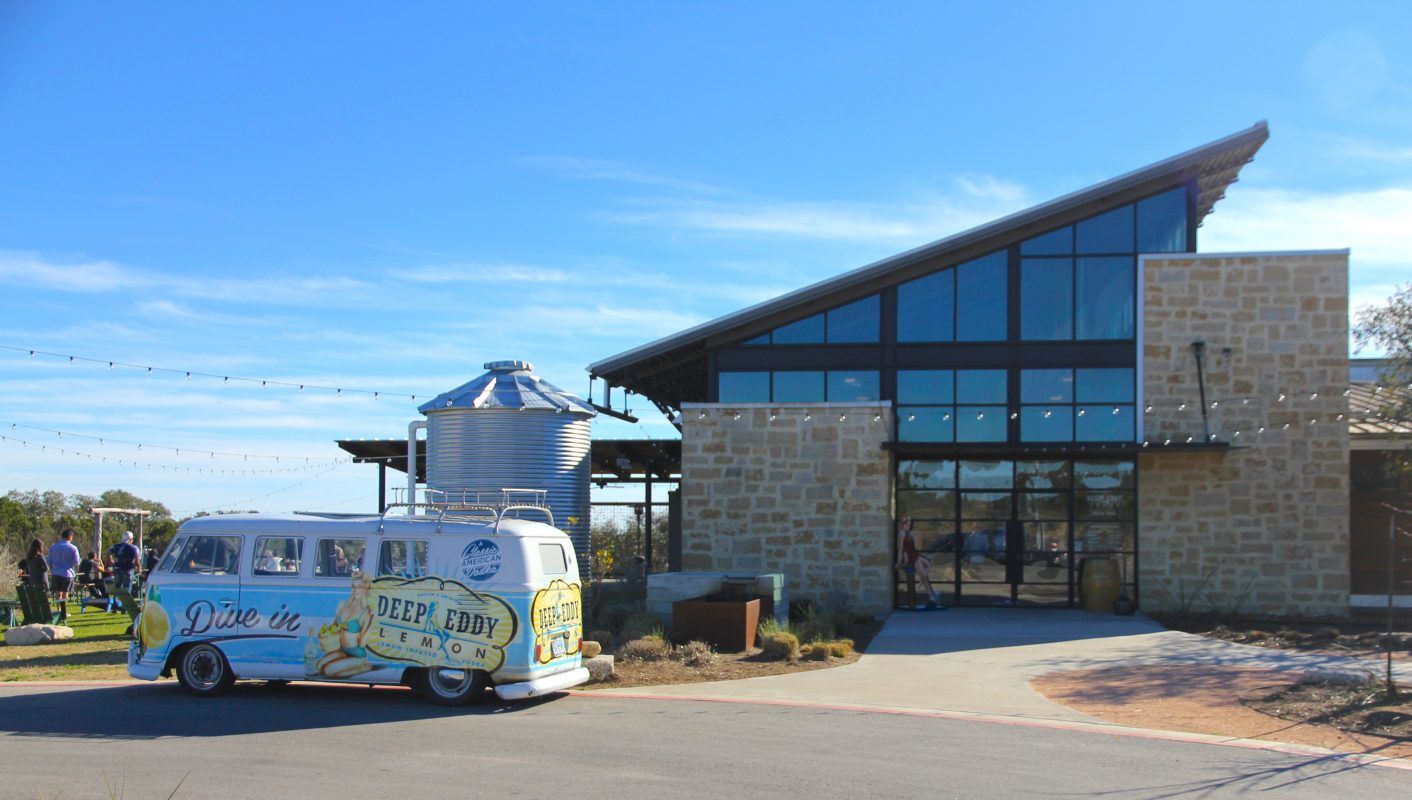 Deep Eddy’s tasting room out in Dripping Springs is one of the hippest places to hang out and drink on some Texan vodka.  There’s plenty of seating outside and great areas inside, so don’t worry if you’re coming with a group! Hit up the cornhole boards or strike up a conversation with the bartenders, they’re passionate and knowledge about their spirits.

Deep Eddy’s vodkas are world-class and surely it’s thanks to water from aquifers deep under Texas. If you’re down with fruity drinks, you’ll have a blast checking out the whole lineup of flavored vodkas in person!

From lemon to peach to ruby red (the holy grail) and all the other flavors, the ingredients are high-quality and real. The only thing lacking is the tragic abundance of sugar or corn syrup commonly found in many flavored vodkas.

Seriously though, there is one hang up most people have about visiting this place and that’s the drink prices. It’s $9 for your first cocktail and you get a glass to keep (and bring back for $2 off refills) or get the plastic cups for $7. Either way, you can’t get more than two during your visit! 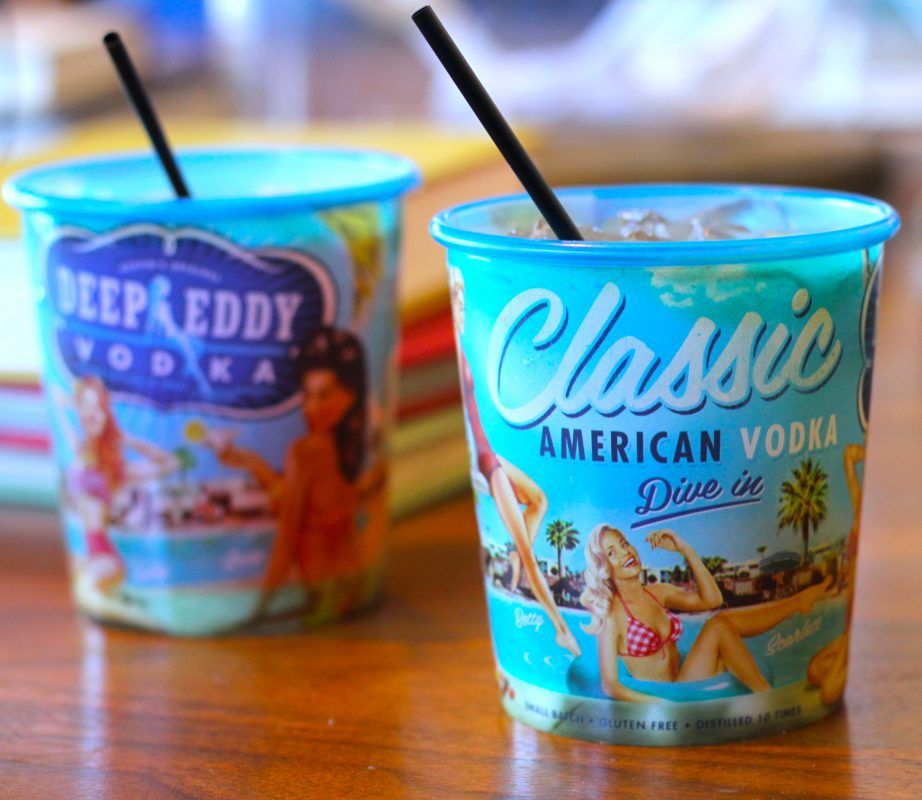 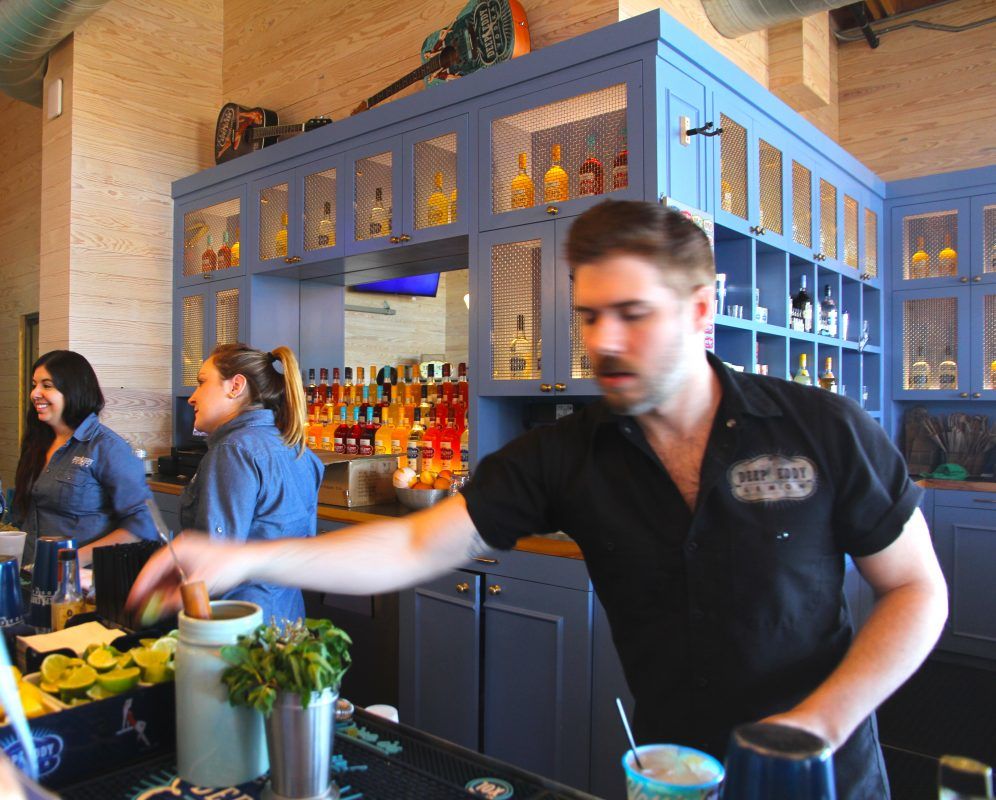 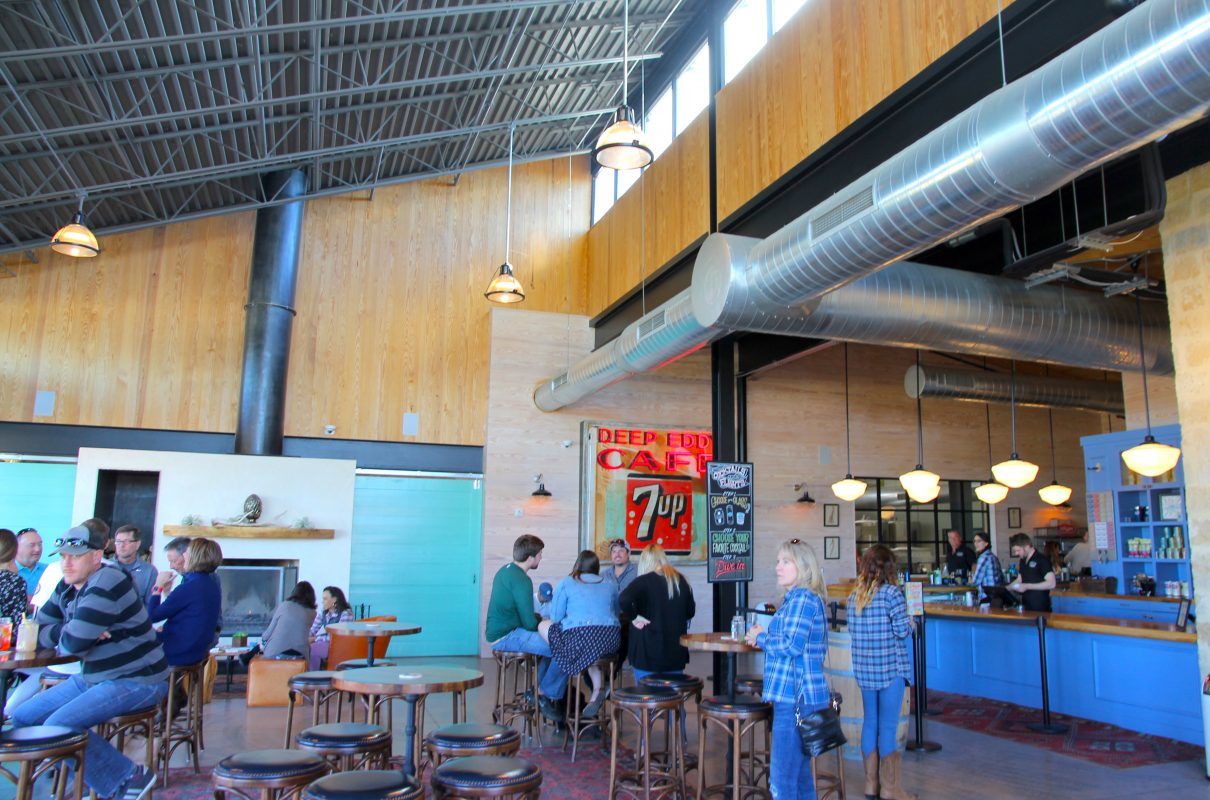 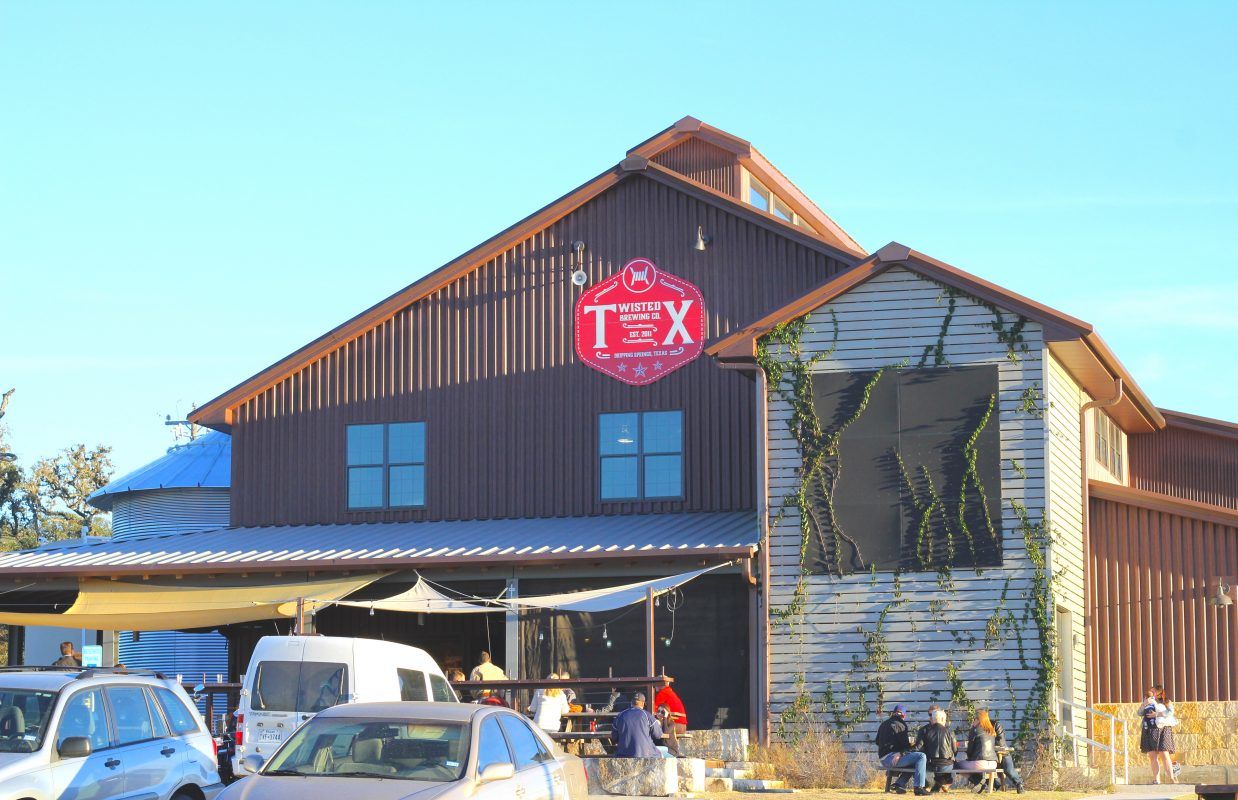 Twisted X Brewing is known for their Mexican-style beers and they were the last brewery I had to visit before I could say I’ve been to all the breweries in Austin/Travis County. Coincidentally, they were also the guys that I had wanted to visit the most.

Now, I can happily say their brewery and the beers lived up to the hype I had built up for myself. I never got the chance to visit the original small garage-type building where the brewery first took off, but the first sight I got of their new taproom in person took my breath away!

The Mexican-style that inspired Twisted X Brewing’s co-founders Shane Bordeau and Jim Sampson is the right at home here in Texas. It’s an easy going style that goes well with flavors like prickly pear and jalapeño (and Texas summers).

Twisted X has changed incredibly since it opened in 2013, but don’t take that as all bad. There are new owners and they’re brewing up a wider variety of styles. Along with that new taproom, they’re setting the brewery up for some massive growth in central Texas!

And finally, please take into consideration how you are safely getting to and from Dripping Springs, or anywhere with this much drinking.

Arrange a rideshare or driver beforehand or book one of the countless tours that leave from Austin. Or if you’re lucky enough and know an awesome friend who will DD, make sure you get them back in a way that says, “Thanks for saving me 10K on a DUI and not killing myself or someone else.”

What’s your favorite thing to do when you visit Dripping Springs?? Share it with me in the comments! 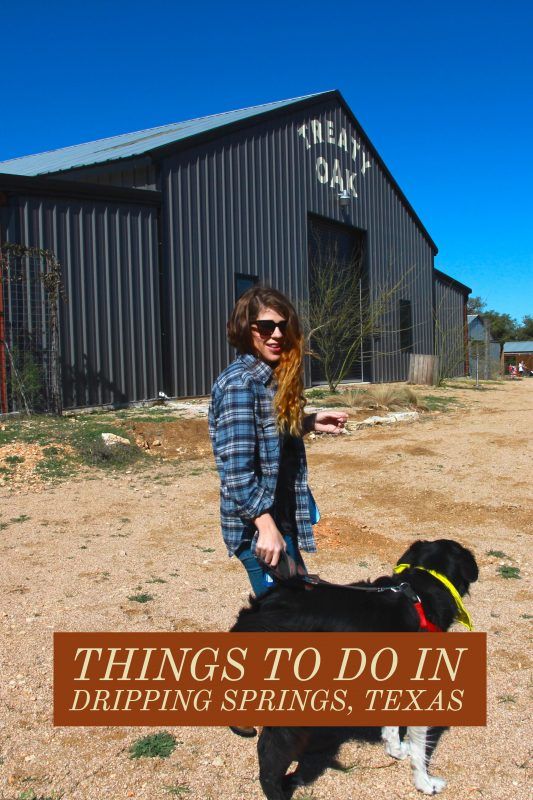 Pin this to save for your next day trip to Dripping Springs, Texas!

Best Places to Visit in March | Where...

Getting to Marfa and Where to Eat, Drink, and Stay