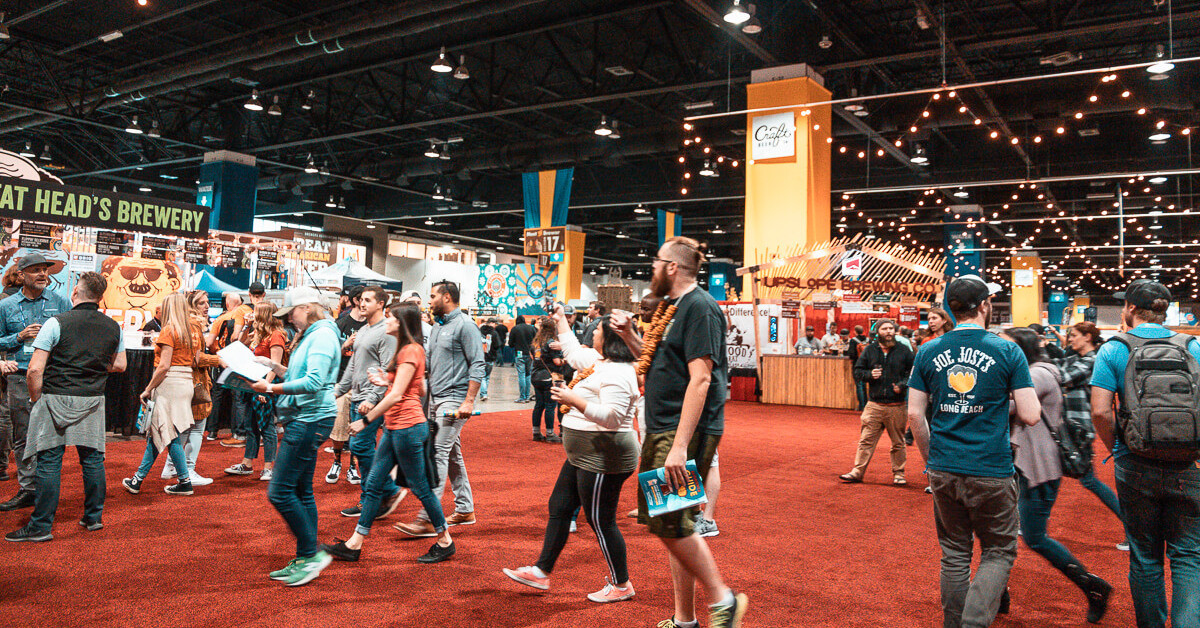 All the winners… All the crazy… And all my favorites. Read on to see how my second year at the biggest beer festival in America went down!

So this September and October have been absolutely crazy for me! It’s been crazy busy, but always crazy fun… First with a three-week-long trip to Europe ending at Oktoberfest.

Then the Texas Craft Brewers Festival, followed by a few days at home, before jetting off to Denver for the GABF. I was lucky enough to squeeze in two GABF sessions before heading back home for a day of live music at Austin City Limits.

I didn’t even have time to unpack any baggage once I got home. Because the next morning it was off to Charlotte for a work conference. I have two weeks here on the East Coast. Split between Charlotte and my home state of Virginia.

I can’t believe the GABF happened just a few days ago. It’s been a whirlwind… This is not normal for me, but it is what it is…

Since come here to read my diary– let’s get into what went down at this year’s Great American Beer Festival.

First some pictures. Then let’s talk about the winners bringing medals back home to the Lone Star State. And I’ll share with you all my personal favorites and some need-to-know tips on attending– and purchasing tickets for America’s largest beer festival!

Congrats to the Texas breweries and beer medal winners. This gorgeous state won 16 of them this year!

Read This: I Tasted 250 Different Texas Craft Beers in 9 Days– Here are My Favorites

My 5 Favorite Beers from the 2019 Great American Beer Festival

It’s easy to lose track of what beers you sample at the Great American Beer Festival. I usually like to take a photo of the taster next to the marketing card.

Even if it is the worst photo ever, it’s usually helpful in jogging my memory when it comes time for the Untappd check ins. Call me crazy, but recently started taking multiple pictures of my favorites so I know what to rate them…

With that being said, here are my five favorite brews I got to try at this year’s GABF (pictures below):

How to Have the Best Great American Beer Festival: My Personal Tips

Wondering How to Get Tickets to the Great American Beer Festival Next Year? Read This!

Getting tickets to the Great American Beer Festival isn’t easy. They typically sell out within several days of their release. Sign up for notifications on the GABF website.

Tickets are normally released in mid-Summer. Members of the Brewers Association get first dibs.

With that being said, mark your calendars… Here are the official dates for the next few Great American Beer Festivals: