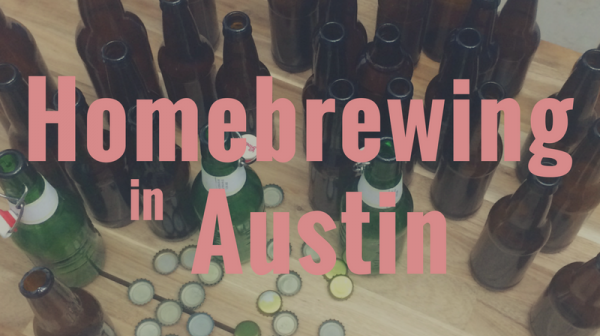 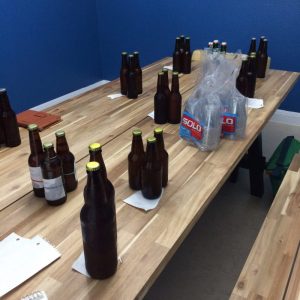 So, one of my favorite things about being a blogger is all the cool people I get to meet.  One cool person I met recently is Daniel. We connected through Twitter and he reached out to me to see if I had any interest in homebrewing. Since I have no experience homebrewing, I excitedly messaged back, “Yes!! But I have lots to learn..”

I got to meet Daniel, in-person, at October’s South Austin Area Zymurgists  (SAAZ) meeting. SAAZ is a small homebrewing club located on the South Side of Austin and they “are devoted to the support and education of beer, wine and spirits.” They’re also a really cool, fun group of people who share a passion for homebrewing. They are what made my afternoon at their Wort Waltz competition one of the coolest things I have done as a craft beer blogger!

So the appropriately named, “Wort Waltz,” was a competition and blind comparison of a SMaSH (single malt and single hop) American Pale Ale following the Beer Judge Certification Program (BJCP). Each homebrewer wishing to add their beer had to bring three brown bottles with gold caps to ensure no one knew which brew belonged to which brewer.

So one by one, we tasted a bit of each Austin homebrewer’s APA. Looking around, the homebrewers were taking notes like I had never seen before.  When you know every step of the process of making something you’re bound to look at it in a light different than those who don’t. 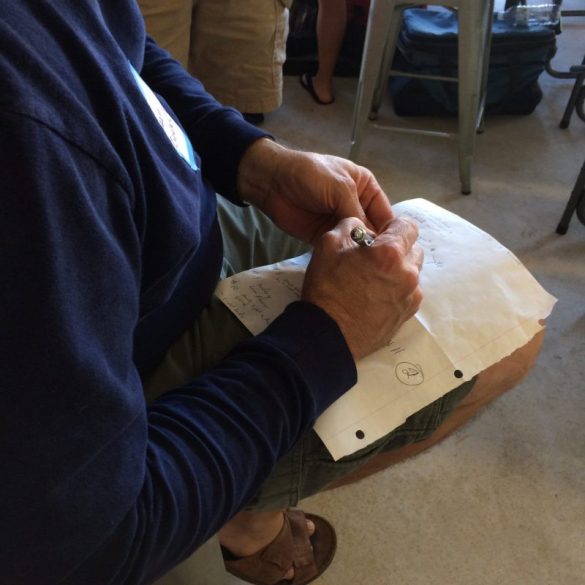 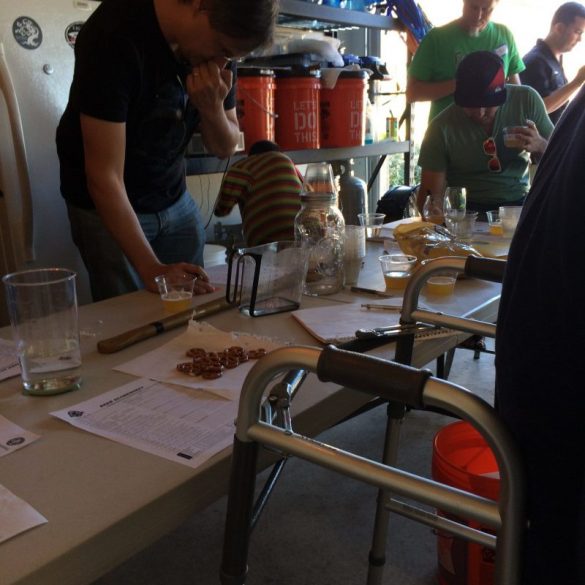 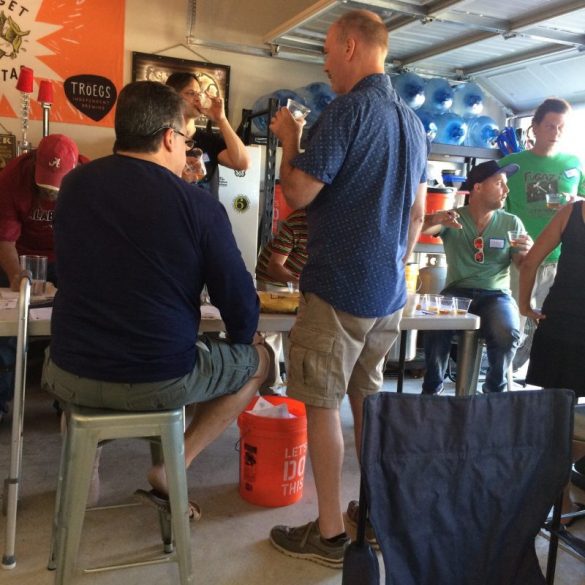 Tons of notes were scribbled all over white sheets of paper, long sentences. The South Austin homebrewers were taking small sniffs- a taste and a pause- then some words written down.

Everyone additionally filled out was a beer score sheet for guidelines which to judge the homebrew APA. The beer score sheet was long and had tons of standards upon which an American Pale Ale and other beers should be judged upon. Think how judges judge show dogs for each breed. 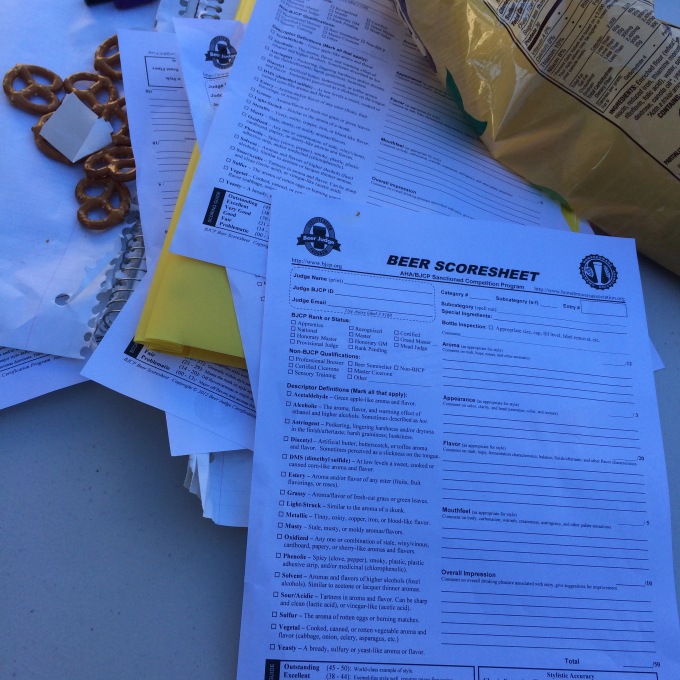 And the SAAZ gang were sweet enough to offer me my own tastings.  It was cool watching all of these Austin homebrewers trying to pick out their brew! Some even were thinking that they knew who’s beer it was because of a signature style. Clearly, they’re on a whole other level of being a beer expert.

Even cooler was how I learned, first-hand, just how different beer can be. Of course, there’s dozens and dozens of styles, and hundreds of variations, and who even knows how many hops and malt varieties, BUT- to have 12 different tasting versions of one beer, brewed to specific guidelines, using the same hops and yeast, just show how much cooler beer is than everything else!

The winner was crown after everyone cast their single vote.  And what does the winner get? The ultimate prize, bragging rights! Also, they get the SAAZ paddle and will pick what type of beer is brewed for the next competition. 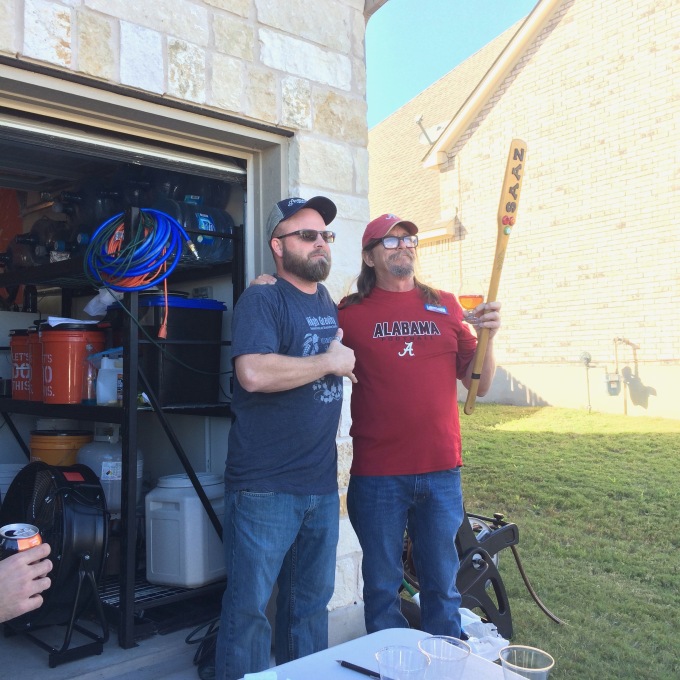 The winner and runner-up of the Wort Waltz

I feel so lucky to have been invited to take a peak into the homebrewing community of Austin!

I got to have quite a lengthy conversation with a member of SAAZ named Austin.  He talked to me about his passion for homebrewing in Austin and I was blown away by the method of it all.

To be a homebrewer, a good homebrewer who knows what the hell they’re doing, takes a lot more than just loving craft beer. Hearing Austin’s story and explanations showed me that homebrewing is more than a hobby- it’s a science that takes a critical, patient person to perfect.

I kinda would get goosebumps looking at these guys, I mean one of them could take their homebrewing skills and decide to open a brewery. An Austin brewery that could be hugely successful! 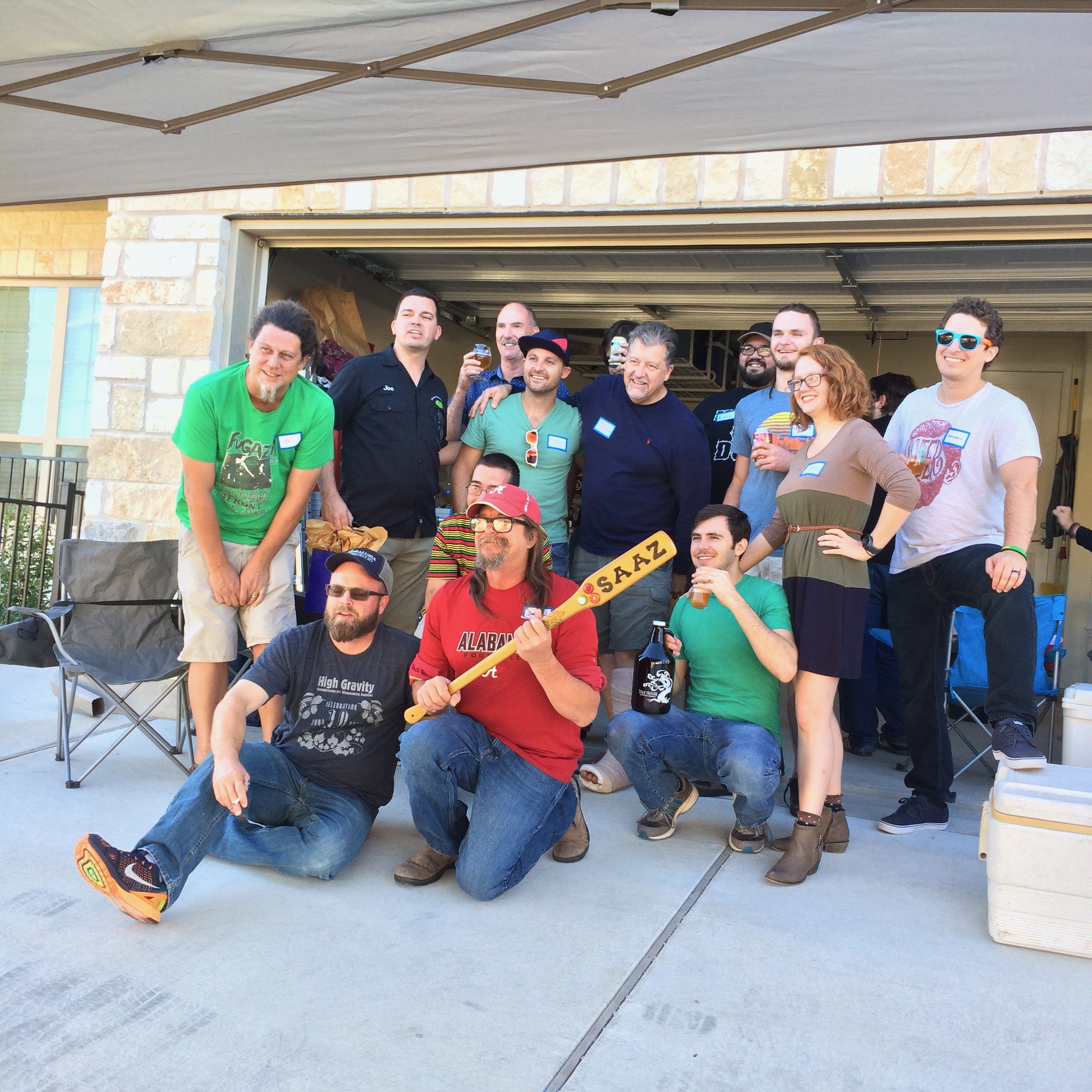 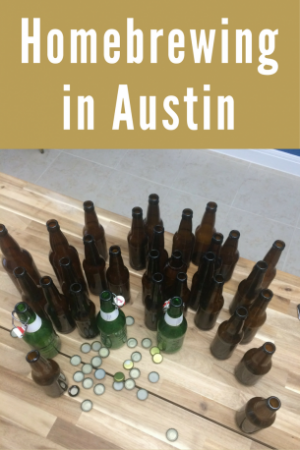 Pin this image to save for later!

Getting Down at the Fort Worth Stockyards