Jester King Figlet Review: A Texas Beer Greater Than the Sum of its Parts 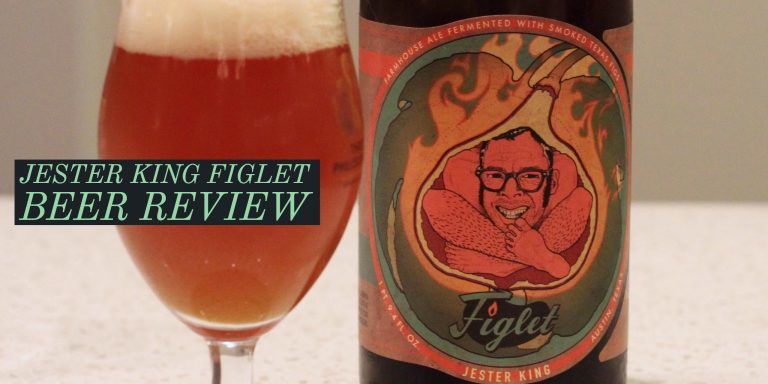 There’s two places in Austin known for their long lines: ‘World Famous’ Franklin Barbecue and Jester King Farmhouse Brewery during any bottle release. So when news broke of a collaboration beer between these two powerhouses, us Texans eagerly jumped right in line with our lawn chairs and a cooler of beer. 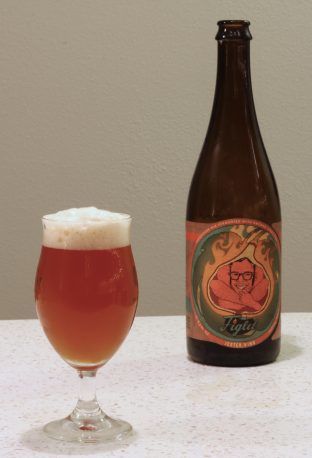 Figlet is the result of a collaboration between two masters of their craft; Jester King Brewery and Franklin Barbecue, both out of Austin, Texas. Fermented with Texas Figs smoked by the pitmaster himself, Jester King has captured all the flavors and characteristics of Texas Hill Country in this incredible farmhouse ale.

Aaron Franklin is America’s Pitmaster and his Austin barbecue pit, Franklin Barbecue, is largely considered Texas’s Best. The idea for Figlet came to be back in the Summer of 2014 during filming for an episode of Franklin’s Austin PBS show: BBQ with Franklin.

During this particular episode, Franklin set out to explore the use of smoke in beer making and Jester King, being Jester King, wanted to do something beyond the ‘traditional.’

Brewed with all the Flavors of Texas Hill Country

Jester King in Austin, Texas is an authentic farmhouse brewery known for their mixed culture and spontaneous fermentation programs. Their brewers are masters at incorporating the natural surroundings and agriculture into their brews and Figlet Farmhouse Ale is no exception to the Jester King style.

For this ‘World Famous’ collaboration, Jester King sourced local Texas figs as the carrier for all the smokey and delicious flavors from Franklin’s World Famous barbecue pits. Aaron Franklin himself, caramelized and charred the figs, bringing a subtle burnt, almost leather, character to Figlet. 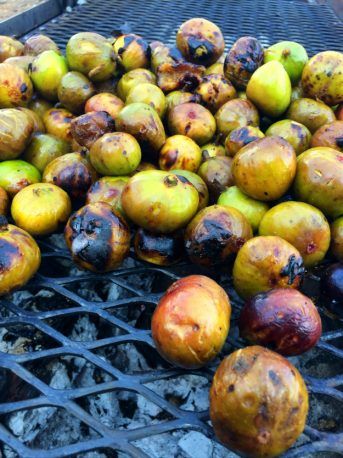 Jester King then fermented the base beer for Figlet using a mixed culture blend of brewer’s yeast, wild yeast from the Texas Hill Country, and native souring bacteria. Their head brewer opted for a Dark Munich Malt base instead of their typical pilsner malt to complement the smoky and caramelized character of the figs.

After brewing, Figlet went into stainless steel tanks for the first part of the four month-long fermentation process.  During the last few weeks of fermentation, Jester King took it to the next level by adding back in the smoked figs for refermentation. When the figs’ sugars broke down into yeast and bacteria, flavors and aromas were elevated and transformed into a delicious Texas farmhouse ale that is “greater than the sum of its parts.”

A common trait among many Jester King beers, Figlet is an unusual funky farmhouse ale. Dark amber, a bit cloudy, and a thick cream-colored head, it certainly looks like a sour! 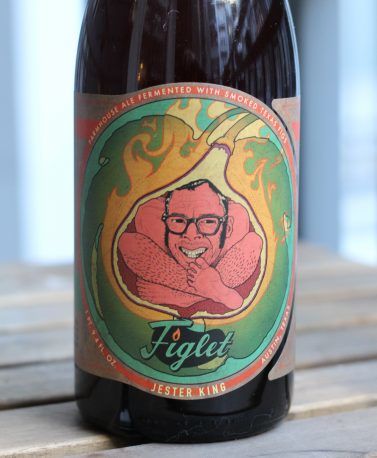 The taste will be a unique experience for many. Figlet is at first, tart, with Jester King farmhouse funk, but the fruit notes open up for a dry finish that ends with a touch of spicy smoke. Overall, it’s a wonderful dark saison that has managed to perfectly balance the complex Texas flavors used by Jester King and Franklin’s Barbecue. 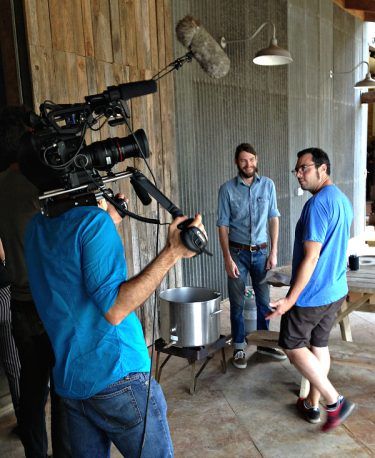 In case you were curious about that funky bottle label, it’s Aaron Franklin, pitmaster at Franklin Barbecue! And like many of Jester King’s label art, it was done in-house by Josh Cockrell.

Even in Texas, the collaborations are bigger. Jester King and Franklin Barbecue are two places in Austin that are incredible with flavors and tastes. Naturally, Figlet, the result of their collaboration, is a beautiful masterpiece of Texas flavor and spirit. They’ve brewed two batches so far, and here in Texas, we’re still holding out for news of a third batch!

Subscribe and like my Facebook Page to stay up-to-date with all my Big World, Small Girl interviews, brewery guides, giveaways, and other fun Craft Beer experiences in Austin 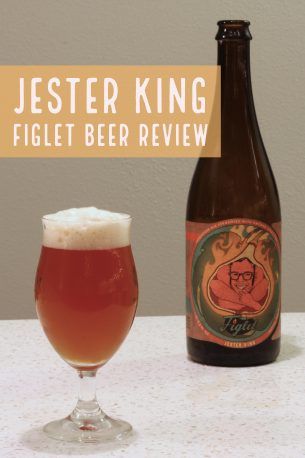 Craft Beer and the Best BBQ in Fort Worth