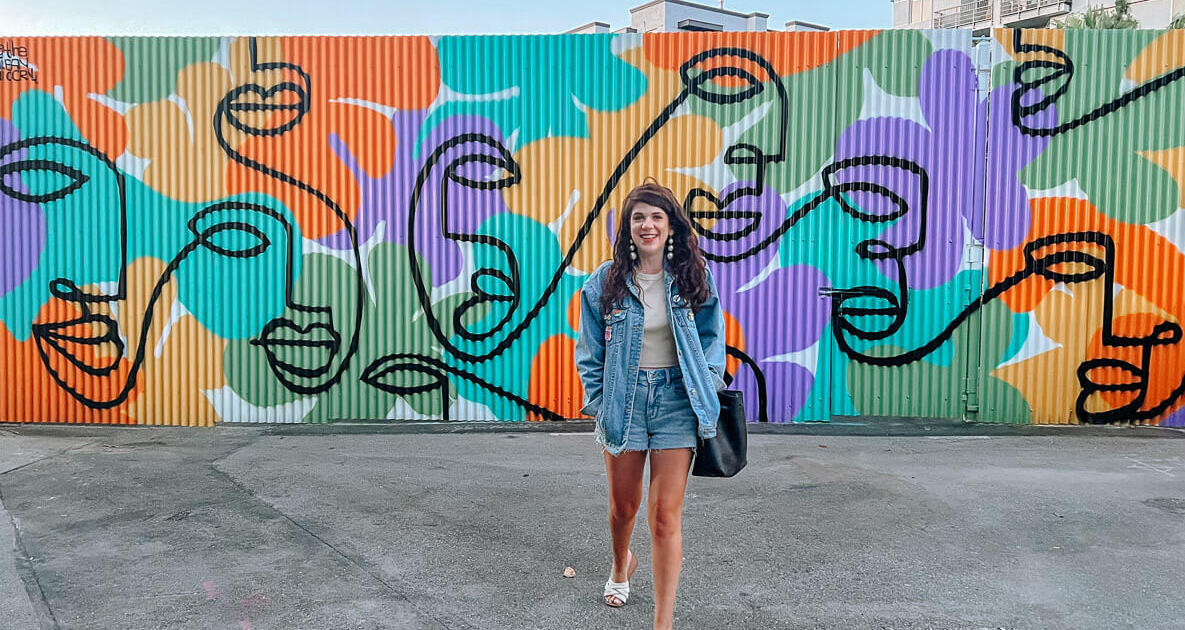 This summer I took my first ever trip to Los Angeles. It was not ‘beer-related’ but of course I had to swing by some for a few IPAs. Granted, Los Angeles breweries don’t get the same hype as the other California beer cities…

What surprised me the most though was the abundance of great breweries located near and around downtown LA!

This guide will help you make the most of your trip to LA whether or not it’s beer related. I’m also sharing a few tips to help you get around this sprawl of a city.

Los Angeles Beer: What to Expect

With that, we made the most of exploring different walkable neighborhoods that had a variety of different things to do. For us, that included the Arts District, Chinatown, Koreatown, and West Hollywood.

Even within this list of breweries there are many that walking distance from one another, or from a metro stop. (Hence how we visited them lol).

At the end of the trip, I was truly shocked at how many breweries we got to visit.

I didn’t get to visit them all though.

But you’ll find my other recommendations on places I had saved at the end of this blog post. (If you end up going before me, let me know how you enjoyed them!)

Where is the Best Place to Stay in LA?

We stayed in Downtown LA, but its not something I would recommend. There are much better neighborhoods to stay in, but still sometimes travel requires staying downtown.

That being being said, we stayed the Checkers Hilton and really enjoyed our time here. The view from our room of the 22nd floor was beautiful. Check out rooms and rates here.

Founded in 1997, Angel City Brewery is one of LA’s best breweries. Located in the Arts District of Downtown, the exterior of the brewery will catch your eye immediately.

Inside, you’ll find food from Downtown Taco, a large metal slide, an interesting terrace situation, and plenty of amazing brews. I particularly enjoyed their California Common. (Not a style I get to see much in Texas.)

Arts District Brewing is in the same downtown Los Angeles neighborhood as the previous brewery. The vibes here are slightly different, so come here ready to have a good time. Along with this brewpub’s delicious beers you’ll find arcade games, specialty hot dogs, and some of the best dang burgers I’ve tasted in a hot minute.

I really appreciated how kind the staff were here. The place was busy as it was a weekend night, but they still took care of us and helped us find our perfect beer from their selection.

Golden Road Brew is a California icon. I first spotted them in LAX and was quite excited that they had a downtown LA location in the infamous Grand Central Market. With 5 locations in total, the one in DTLA is much more bare bones.

While it seems like the other locations are quite large and feature a yummy-looking menu. At this location though, you’ll still get to taste all of their amazing beers, plus some food. Skip their food, and instead order their beer to go alongside a meal from one of the many eateries here.

HiDef Brewing was one of those special businesses that opened during the pandemic, but even for their young age the brewery is making quite a splash. In their downtown LA taproom, you’ll find large pieces of neon-colored art and trippy 3D murals.

The menu here offers a crowd-pleasing range, something which the head brewer Larry Lesterud strives for. The brewery offers an exciting rotation of local food trucks so make sure to check their calendar before coming here hungry!

Located in LA’s Chinatown, and walking distance from Homage Brewing, Highland Park Brewery was one of my favorites during this recent trip. Their taproom is quite large, as is their patio. Walking in, their bar area will catch your eyes immediately.

The marquee style menu board features a long list of beers of every style under the sun. Along with beer, Highland Park offers a food menu with refreshing twists on all your pub favorites.

This Chinatown taproom gave me all the cool and hip Los Angeles vibes, but none of the pretentiousness some might stereotype the city as. Homage Brewing has two locations, the other being in Ponoma. (FYI: The Chinatown taproom has a small food menu while the other does not.)

When it comes to the beer, the brewery specializes in farmhouse-styles such as saisons, along with Cali’s beloved West Coast IPAs. I did notice that the beer here was quite expensive, (and weirdly priced… see menu above) even considering it was LA. That being said, they were some mighty fine beers using high-quality ingredients.

Monkish Brewing is a craft beer icon nationwide, known and loved for their IPAs. While their taprooms are not located in, or adjacent to Downtown Los Angeles, I knew this would be one brewery 100% worth the journey. Monkish has two locations: their original in Anaheim, and the one I went to in Torrance.

If you love hoppy beers, plan to spend some time here. The taproom might be bare bones, but the beer menu is full of amazing options. Everything from Triple IPAs to Belgians and Funky saisons.

On the border of downtown LA’s Arts District and Little Tokyo is Mumford Brewing, a small family-owned brewery. Their bright and welcoming taproom is a fun place to escape the craziness of downtown.

In regards to their brews, you’ll not only find frequent Hazy IPA releases, but also clean and crispy lagers. It’s hard to do both and do it well, but Mumford Brewing sure is making it look easy!

How Many Breweries Are in Los Angeles?

According to the LA Brewers Guild, there are 92 breweries producing more than 5,000 unique beers in Los Angeles, California.

To quote them, and this includes breweries in Los Angeles County that are “licensed brick-and-mortar establishments (type 23, 75 or 01) producing the majority of their beer within county lines and who fit our Guild’s definition of a “craft brewer” as stated in our official organizational by-laws”.

While my list of breweries in Los Angeles doesn’t include them all, here are some of the other picks I had for my trip to LA but didn’t have time to visit!

Los Angeles can be overwhelming for the first time visitor. Along with all the other top attractions, craft beer can get lost in the stars. So hopefully this LA brewery guide will help you as you navigate this sprawling city in search of the best West Coast brews.

Looking for More Help Planning a Beercation? Read These Posts!