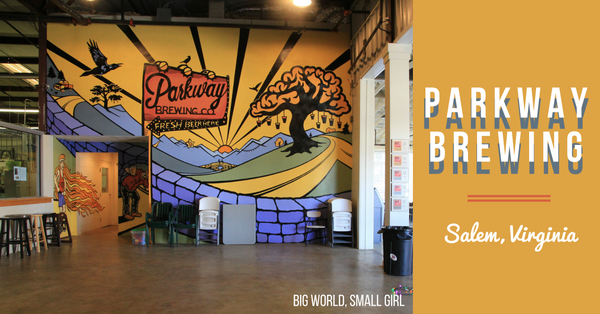 Parkway Brewing is a brewery in Southwest Virginia that will always be special to me.  This Virginia Brewery was where my love for craft beer developed and the same place I first felt a connection to the craft beer community.

I’ve written about a lot of breweries, even before moving to Texas, but somehow I never got to writing about Parkway Brewing! This year though, I went back home for a short visit and knew I was ready to talk to these guys.

I was put into contact with Mike, the Brewmaster and General Manger. Mike is new to the Parkway Brewing team but he’s been working and owning breweries since 2002. 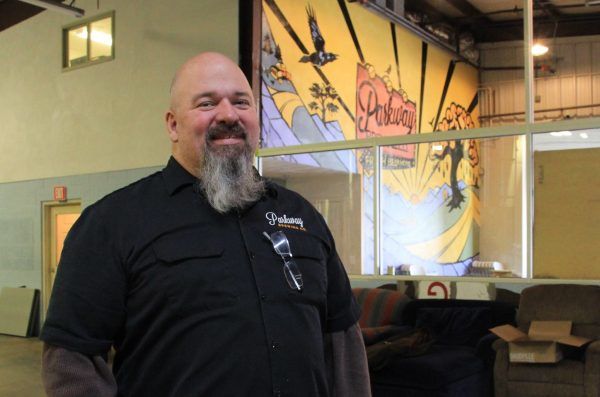 Also, along for the visit to Parkway Brewing was one of my most favorite people in the whole entire world: my Grandma.

She grew up in Salem, just a short drive away from Parkway’s taproom, and I knew she would love to see what goes into my Big World, Small Girl blog.

She doesn’t have internet, so it’s hard to explain what exactly I do as a blogger, plus, this was her first craft beer experience. It was long overdue! 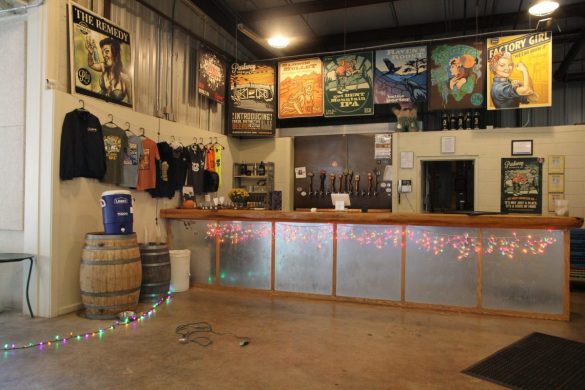 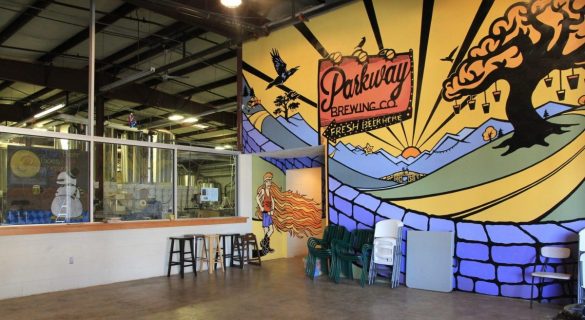 Parkway Brewing is one of the largest production brewery in this area of the state.

Mike explained that they’ve made a growth that he’s have never seen before,  and he’s been doing this  for quite some time!

In 2016 alone, Parkway has brewed 64 hundred barrels and they were still celebrating the opening of a new taproom.  2017 though holds a different kind of growth for this Virginia brewery.

(I’ve got my fingers crossed that in a few years I’ll be able to buy Parkway Brewing beer in Texas!)

Parkway Brewing Has Quite the Exciting New Brewing Program 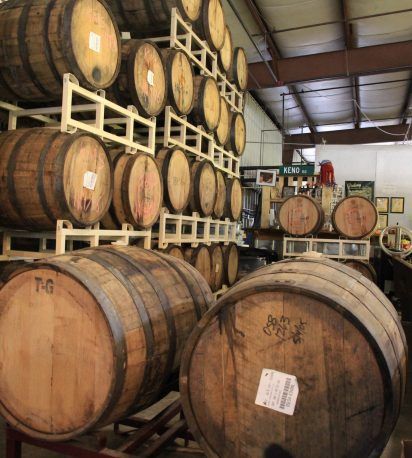 Since moving to Texas, Parkway has continued to brew under-represented styles while having fun with flavors.

Mike told me about the new beers they’re working on as of late:

“All of our barrels are filled right now, and it’s because we have a sour program started. It’s going to be eight or nine months before we can start releasing any of them because they take time.  We also have a few saison barrels. We did a saison in October and we pulled a couple barrels off to sour them.”

As I am quite the fan of their Seeing Colors Autumn Ale, I knew exactly when I should plan my next visit home to Virginia:

Mike told me they also have a blend of  Seeing Colors Autumn Ale and Raven’s Roost Porter in “barrels with all of the same sour, funkiness in them.”

Of Course, We Had to Get the Tour of Parkway Brewing’s Equipment

They have an impressive 30bbl system that makes 60 kegs out of every batch. Parkway Brewing has a few fermentators in different sizes, the biggest is 120bbl and is used exclusively for their Get Bent IPA. 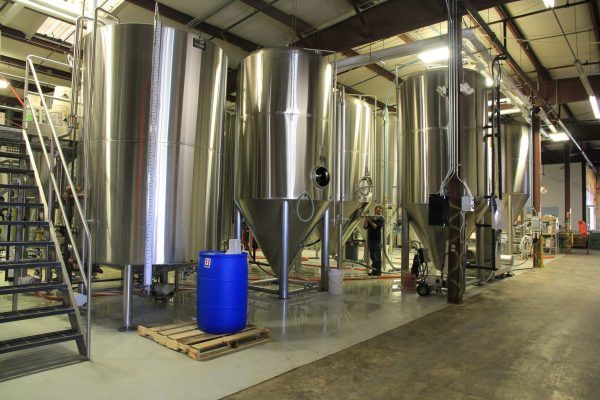 Mike was also very excited to show off Parkway Brewing’s new toy: The Centrifuge. He explained to us:

“It takes beer in and injects the rest of the CO2 into it and it spins that CO2 at 18g’s! It makes the beer perfectly carbonated and spins all of the yeast out of it.” 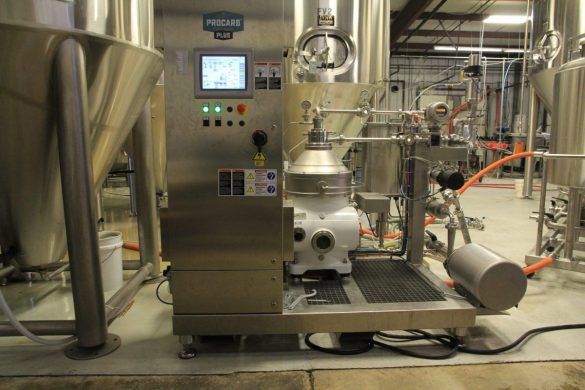 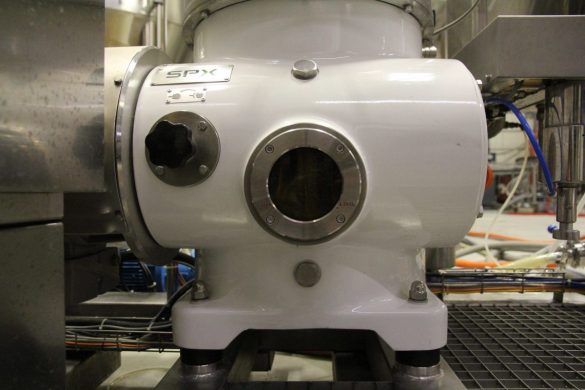 This Centrifuge drops four days off of Parkway Brewing’s brewing process, allowing them a greater capacity to brew more craft beer for Virginia.

An Ever-Rotating Selection of Craft Beer 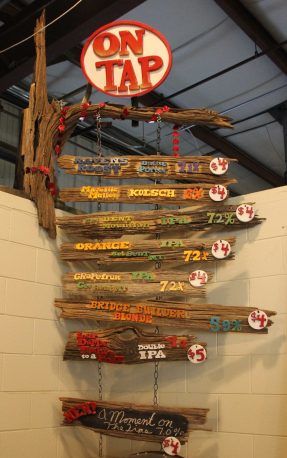 “We’ve had 22 beers so far, we give some variety and change. There’s something new on draft every month for us, and it’s usually more than that.”

Their seasonal beer that they had during my visit was A Moment on the Lips: a smooth, milk stout brewed with sweet orange and cocoa.

Mike also said this particular brew is, “one of the fastest selling seasonal beers,” they have ever had!

Deschutes Brewery and Ballast Point Brewing have plans on opening production in Southwest Virginia and the reason why they choose the Roanoke Valley is a similar one to many.

I asked Mike why has this growth happened in this part of the state:

“The state government is very proactive for beer in general- the current governor has said he wants to go to every brewery in the state before his term is over! Virginia is also one of the fastest growing beer producing states in the country.”

But as to why Deschutes and Ballast Point choose Roanoke, Mike thinks it’s because, “the brewery wants a certain quality of life for their employees and in Roanoke they have that.  You can go outdoors and enjoy nature, which you can’t always get in the bigger cities.”

And Mike is right, Roanoke has the amenities of a large city, with the same community feel and access to outdoor activities as smaller towns.

Mike mentioned again, “quality of life.” The Roanoke Valley and it’s craft beer industry has the biggest potential for an exciting growth in the area.

He went on to say, “The fact is this area offers lots for us and offers a lot for our customers too. We’re gonna grow and go other places, but we’re welcome here and that’s one of the biggest things to us at Parkway.” 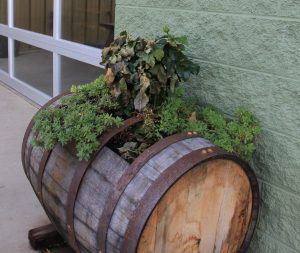 And the guys behind Southwest Virginia’s favorite beers are just as welcoming to anyone who comes in for a visit.

My grandma loved learning about the craft beer industry and I think I may have converted her to a craft beer drinker!

Later that night, she casually asked me for one of my craft beers…