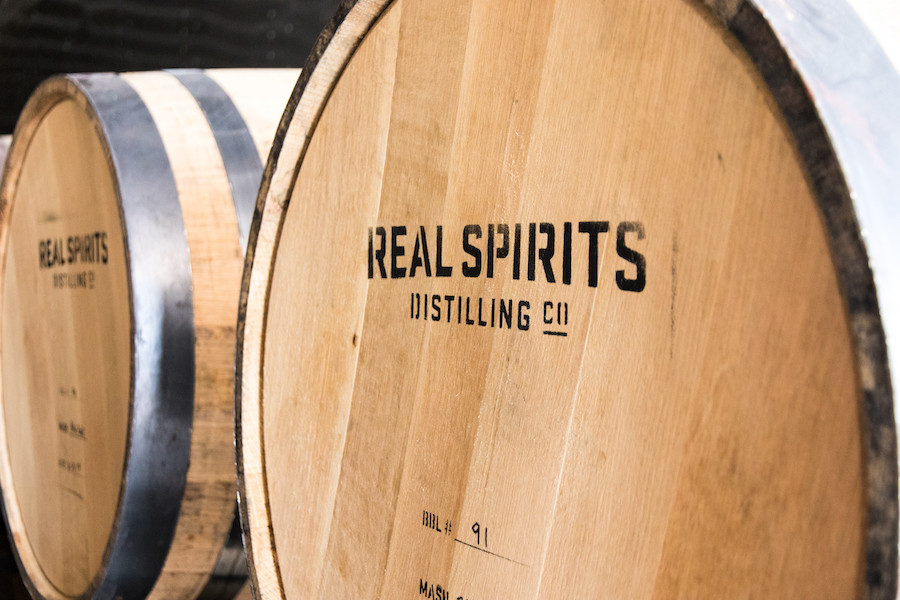 Homebrewing is 100% legal, and doesn’t require a fancy setup to get started. You’re allowed to master your craft while experimenting with ingredients and styles.

Unfortunately, being a home distiller, or moonshiner, is highly illegal and requires a still, making it further out of reach for many. Not to mention that it would be kind of hard to practice distilling at home since it is ‘illegal’. 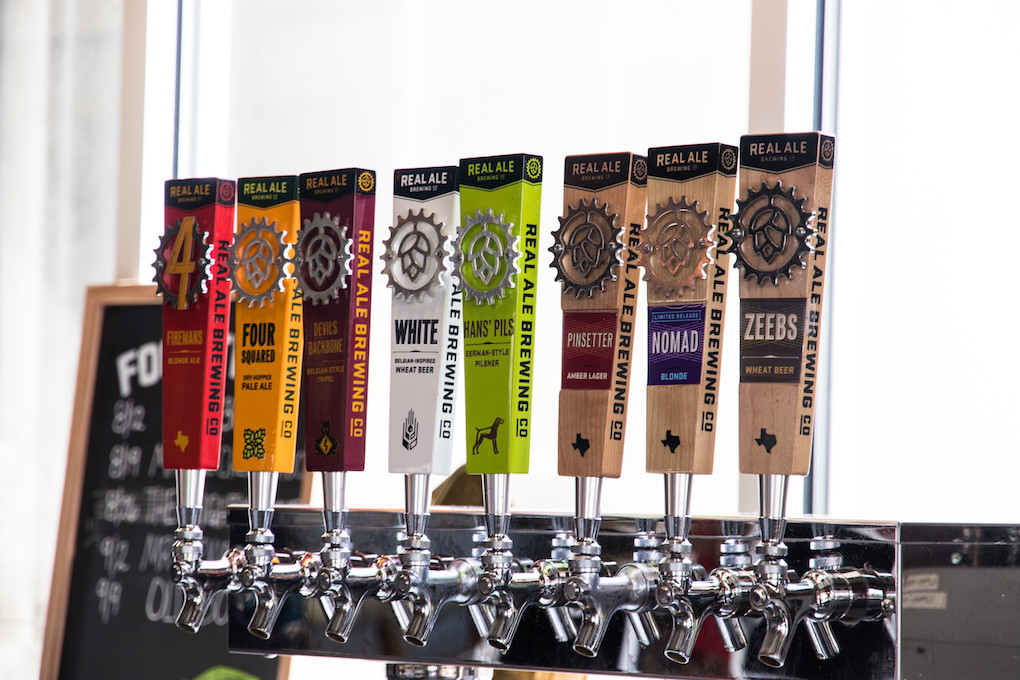 However, Farbstein has always been interested in both worlds, he just couldn’t practice distilling. Nearly 19 years later, he’s able to pursue that process with Real Spirits, head distiller Davin Topel.

That’s exactly why I think this trend of breweries crossing over into distilling is on the rise.

Read This: Homebrewing in Austin

All Whiskey Starts Out as Beer 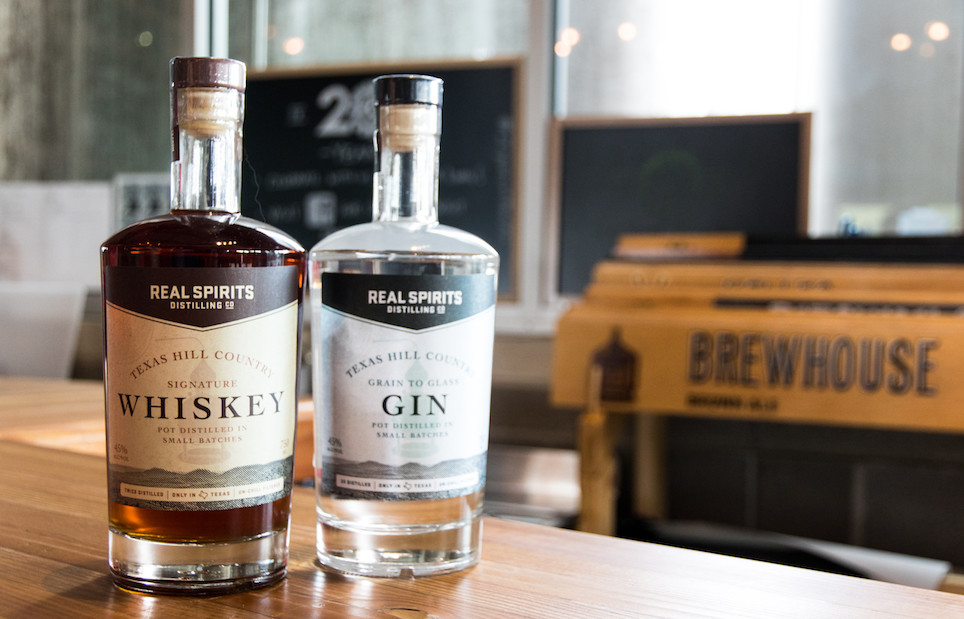 Talking with the Real Spirits head distiller, Davin Topel and it’s clear to see why the crossover between craft beer and spirits works so well. Especially here at one of Hill Country’s oldest breweries.

Real Ale’s whiskey is created on a foundation using two of their own beers: Devil’s Backbone, a Belgian-style Tripel and the Real Heavy Scotch Ale.

Hops don’t translate well after distilling. So when the brewers make Davin his brews, they do so like they normally would, just without the hops.

When the beer mash gets to Davin, it’s into the still it goes! Real Ale has a beautiful hand-hammered copper still which acts like a big tea kettle for the next big step of the distilling process.  At this point, Davin is bringing the mast up to the boiling point of ethanol while keeping it under the boiling point of water. 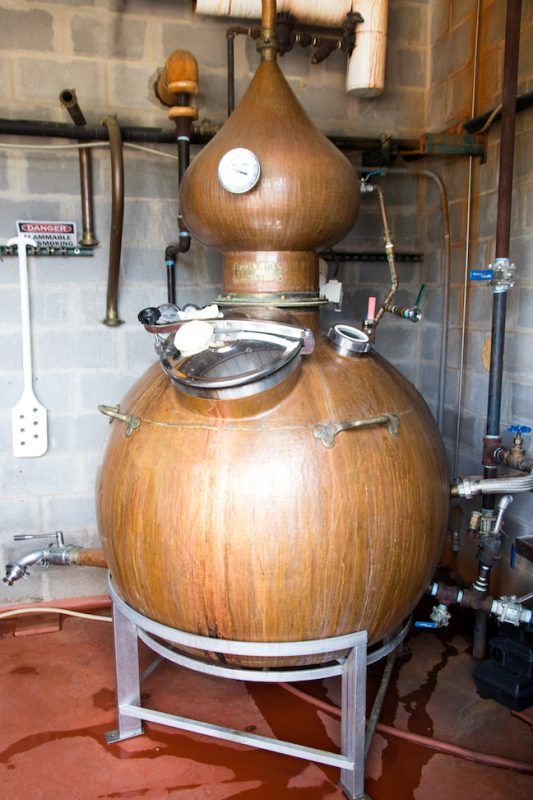 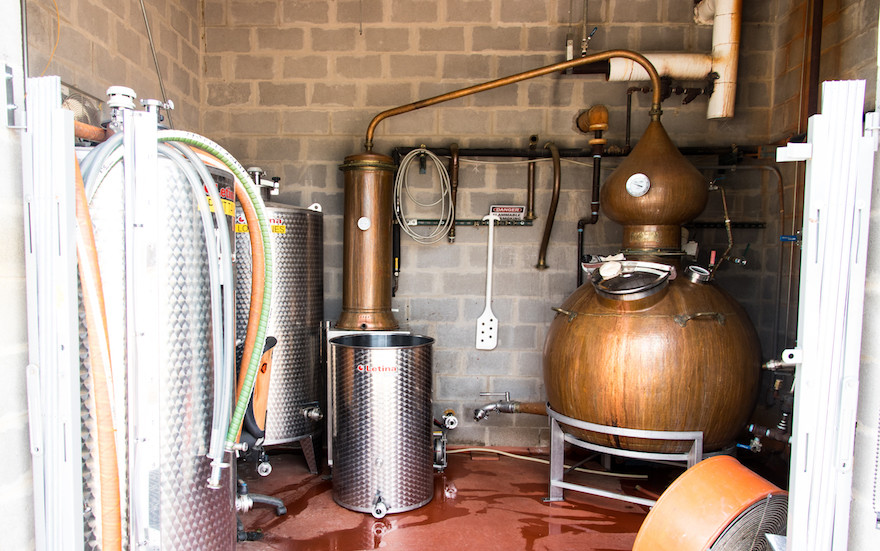 At the end of the four weeks, it’s time for the spirit to go into new charred white oak barrels and age. The barrels sit in a shipping container and get to soak up a lot of the heat and humidity that’s present all year round.

And that’s what makes distilling in Texas Hill Country so special : the weather is perfect conditions for aging whiskey. We’re not close to the coast with high humidity (thank god), but in these parts we have just the right amount of heat and humidity.

Well right amount for the whiskey at least! Combine the weather with the incredible water quality, and Hill Country is easily one of the top spots in the country for distilling whiskey. (We’re coming for you Kentucky!) 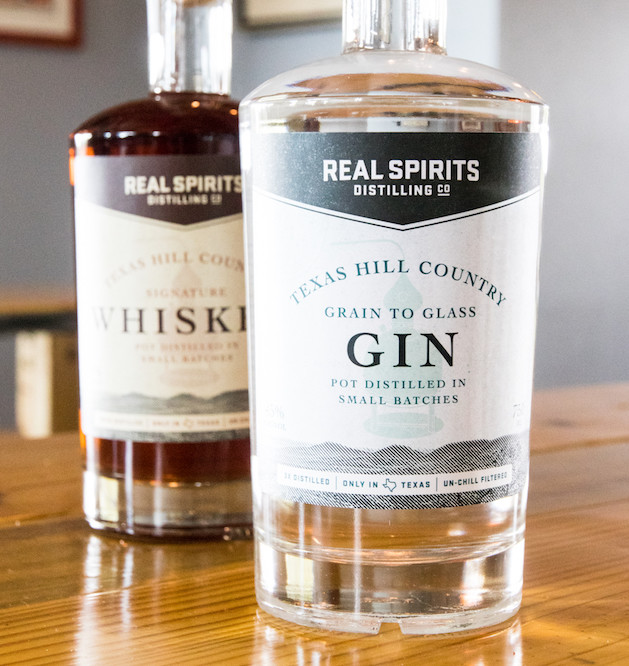 Alright, so whiskey isn’t the only spirit Real Ale is distilling. They’ve also created a unique that every person should give a chance, YES even those of you who don’t like gin, okay??

Here’s why: First of all, most gins use vodka as their base, *Real Spirits chooses to use their White, a Belgian-inspired wheat beer to create their Hill Country Gin.

The process for gin is longer, and a bit more complicated. For starter’s, The gin is distilled twice on its own, then a third time with botanicals (almost like steeping tea). Real Spirit’s Hill Country Gin uses an interesting combination of botanicals to match the flavors of orange and coriander in the wheat beer.

When Davin was creating the recipe of Hill Country Gin, he wanted to use a bunch of foraged botanicals, which quickly proved to be a bit too time-consuming to do on his own. Then, he came across the Bottle Brush Tree, an ornamental tree originally from New Zealand that thrives in Texas.

The Bottle Brush plant, plus 9 other botanicals really creates a distinct flavor that isn’t typical of the style.  You’re not going to find this plant in anything else here in the states. Davin ensured me of that as he talked about the rigorous FDA-approval their new ingredient needed.

So, I’m not normally a gin drinker, but so far I’ve really enjoyed this new American style of gin that lacks a huge overbearing juniper taste.

If that doesn’t have you coming around to trying this gin, wait till you hear about the process. Davin uses French Brandy techniques to proof the gin down very slowly, so the flavors are stabilized. These techniques lend a creamier mouthfeel to the spirit, with long-lasting herbal flavors.

Read This: Drink the Day Away in Beautiful Dripping Springs, Texas

This past March, the Brewer’s Association released a list of the Top 50 Craft Breweries in the U.S. by sales volume. Real Ale was one of two Texas craft breweries that made the list, with the other being Shiner coming in at #5. Real Ale came in at #49, which might not sound that impressive, at first. But if that’s the case, then you probably don’t know that Real Ale only distributes in Texas, and that’s real freaking impressive.

I had been dying to know if they were planning on keeping things Texas for their spirit distribution. Not only are they keeping their Hill Country Gin and Signature Whiskey in Texas, they’re not distributing outside of the taproom. 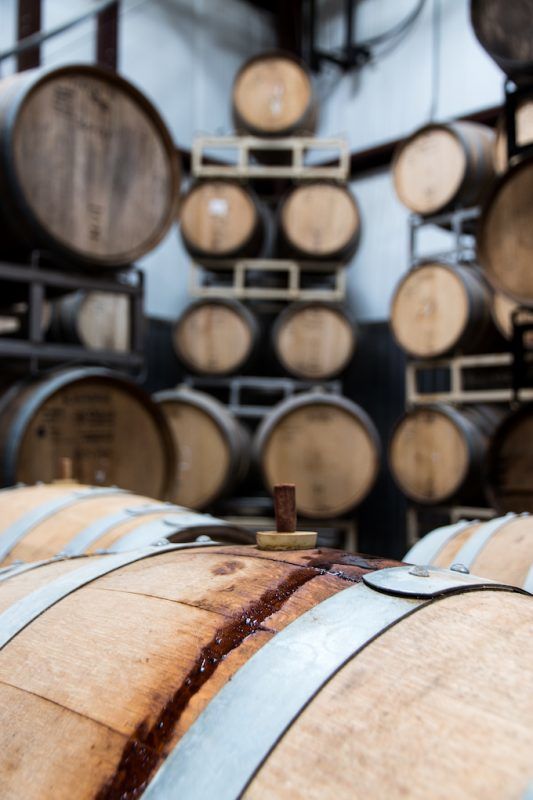 After Real Spirit Whiskey has been bottled, the brewers now get those barrels to age beers for their Mysterium Verum program. Completing the circle, I was most fascinated by Real Ale infusing their brand and style in both their distilled spirits and popular brews.

Clearly, there are huge benefits to starting a distillery in a brewery, especially with a brewery recognized for its high quality beers such as Real Ale. As the two are so closely related, it only makes sense that this is a natural progression for many brewers.

For the Real Ale team, and head distiller Davin Topel, this is just the beginning of Real Spirits. The new distillery has already begun taking home medals. At the 2017 San Francisco World Spirits Competition (late May), each of their spirits took home a medal just over a month after the official release to the public.

Have you noticed any breweries that are now distilling? What do you think about the crossover? Let me know in the comments! 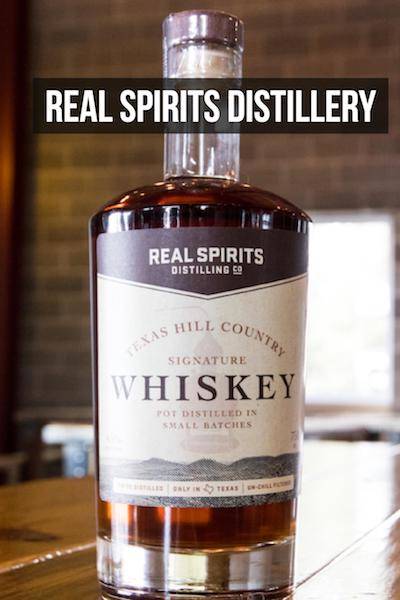 Real Spirits Distillery Texas Hill :: Country Pin this image to save for Pinterest!