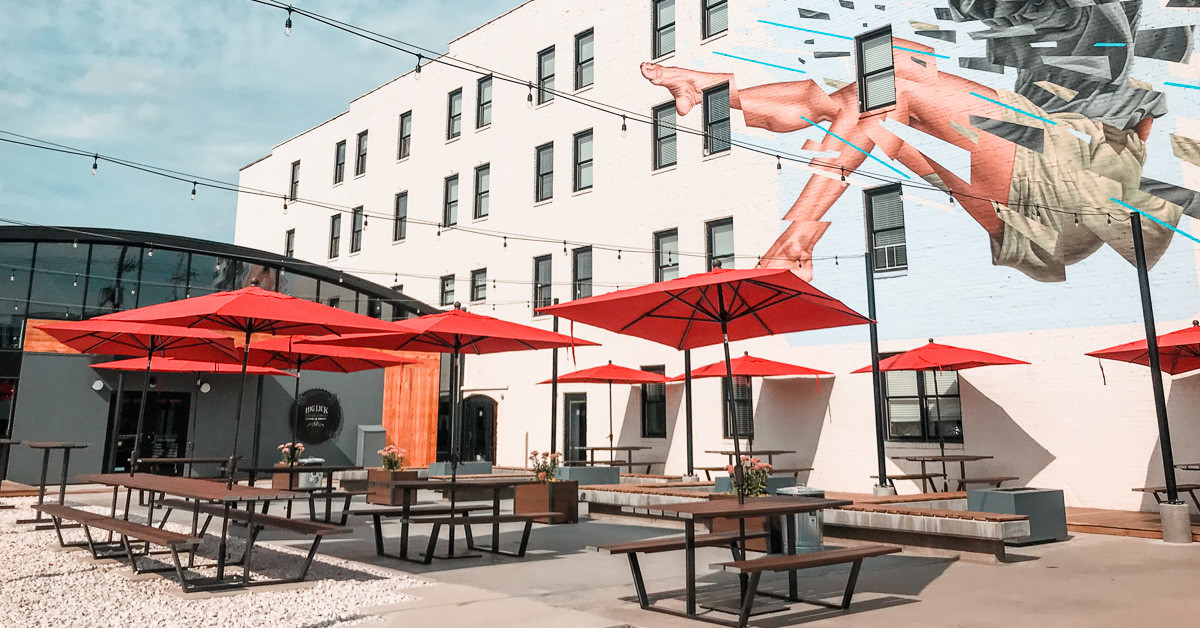 I’m telling you guys craft breweries are popping up everywhere back in my hometown! It’s unbelievable, but I think it’s going to transform the area and put Roanoke, Virginia, on the map as the next hot beer trail.

When I moved from southwest Virginia in the s of 2016, there was a severe lack of craft beer, from festivals to pubs.

Since I’ve been gone, the area has caught onto the same craft beer bug I have. And let me tell you what, nothing makes me happier to see how the area is coming alive while staying the same.

So if you’re traveling to southwest Virginia, or looking for the next hot spot for craft beer, here are the breweries calling the Roanoke Valley home.

One of the newer breweries in Roanoke, A Few Old Goats brews their beer on a system in their taproom in Old Southwest. Beer styles include IPAs, Kolsch, Stouts, Porters and Barrel-Aged.

I haven’t yet been here but have heard good things! It’s top on my list to visit when I return to Roanoke.

During a recent trip back home, I got to check out the brand new Ballast Point Tasting Room and Kitchen right up the road from Roanoke in Daleville. Currently, their taproom is closed…

While open, Ballast Point had an impressive lineup of beers on tap at their tasting room. Plus a food menu that would have all of the foodies drooling.

At their brewery in Virginia, you’re surrounded by incredible views of the Blue Ridge Mountains. Seeing that view alone would be more than worth the trip up here. Here’s hoping they open the taproom back up soon!

Once a 2bbl nanobrewery tucked away in a corner of downtown Roanoke, Big Lick is now in a well-deserved, spacious 15bbl (and dog-friendly!) brewery with plenty of life.

The new taproom is a bit closer to the heart of downtown and near a few hip new restaurants. There’s a massive patio area with plenty of space to hang out with friends. Pro tip: Order food delivery from Tuco’s Taqueria across the street!

When it comes to the beers, this brewery has always left me blown away. Big Lick Brewing a huge emphasis on variety and quality.

In a lovely corner building down by Roanoke’s Market Square, new East Coast taproom fits in perfectly. While this location is Deschutes’s second home, there are still plans to open a large Roanoke-area distribution and brewing facility in the next few years.

is airy and bright, with plenty of room for seating inside and a few tables for sitting outside and watching the hustle and bustle of Downtown Roanoke. What I really love about the Deschutes taproom, is the exhibits on one side of the room. yeast samples to smells, and a variety of dried hops to try.

Roanoke tasting room in has quite a selection of brews. Mainly the full lineup of their portfolio, but also a few Roanoke-taproom exclusives.

One of my favorite breweries in the Roanoke Valley is also one of the area’s newer spots. With a head brewer that has a resume including Big Lick Brewing, I knew the beers were going to be good!

Their brick-walled taproom is open and inviting. It’s a good spot to come with your family and friends. The beer selection is top-notch, with a solid range of both regulars and seasonal brews.

My favorite is the Kolsch! An incredible beer. And Olde Salem Brewing does it so darn well… Which speaks for itself in regard to their brewing talent.

Back when I was living in Virginia, Parkway Brewing was by far my favorite local brewery and one that I’ve seen grow and expand at an astounding pace. In the years since they’ve opened, Parkway has undergone a massive expansion and renovation.

You can always expect something fun during your visit to this Virginia Brewery. There’s often live music and food trucks, plus plenty of space for dogs and groups.

Read This: Parkway Brewing is Making an Impact in Southwest Virginia’s Community

Right in what is sure to be a future brewery district in Roanoke, Virginia, Soaring Ridge Craft Brewers has a taproom that looks over downtown and the Roanoke Valley.

This brewery was the first craft brewery to hit the area. Their spacious and dog-friendly tasting room has massive garage doors that let breeze flow through all summer long.

This brewery is known for its 6 flagship beers. Named after creeks and hiking trails in the area. Those beers are available year-round, but Soaring Ridge does come out with a few notable seasonals throughout the year.

It was only a matter of time before the Virginia Brewery decided to expand. And of course, Roanoke was an easy pick for the location of their ‘Pilot Brewery and Side Stage.’

The name of Starr Hill’s brewery in Roanoke, says it all though. This location will act as the pilot brewery allowing them to have a space to experiment more with their pilot system.

When you’re visiting their outpost, you’ll be directly next to the Blue Ridge Mountains. Crane your head up and you can even see the beautiful Roanoke Star!

In 2019, Charlottesville brewery Three Notch’d opened its fifth location in downtown Roanoke. You’ll find them right across from Market in the square. In their bright and windowed taproom t serving up locally-sourced, beer-infused food that compliments what’s on tap.

Here, the brewers are passionate beers that have both great flavor and excellent quality. But it’s the wild variety of beer that motivates them to constantly strive for perfection.

This young brewery has quickly become the happening place to be in Vinton. Along with their beers, it’s the live music, watching the big game, and regular trivia nights that brings the whole community into the warm and rustic Twin Creeks Brewing taproom.

Use these images below to save this brewery guide to Pinterest

Have you been to any of these Roanoke breweries? Have questions about where to eat or stay while you’re visiting? Just let me know in the comments!