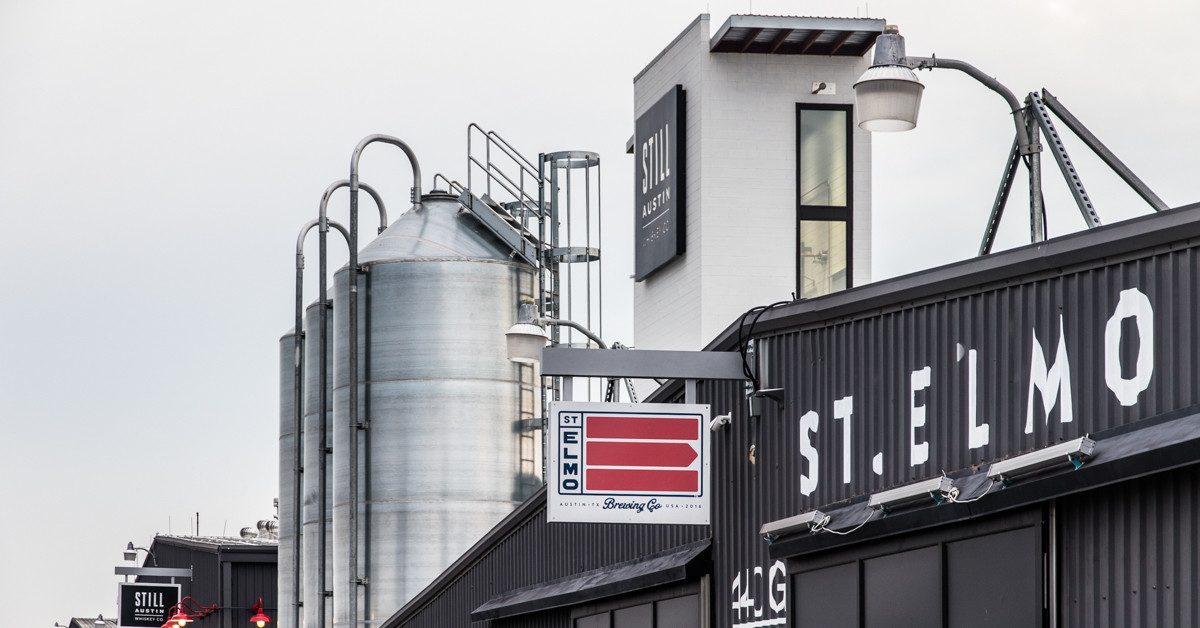 It takes a lot to drag me across the river to south Austin. Delicious craft beer is always a huge incentive though…

It’s about time I put together this South Austin Brewery Guide. It’s been on the to-do list for quite sometime.

South Austin is great and some of my favorite Austinites live down there. So I’ve had no good excuse to putting off writing this guide. In fact, when people are coming to Austin and ask me for recommendations, most of the places I share with them are down south.

Read This: The Complete List of Austin-Area Breweries and Brewpubs

Just like Austin’s beer scene, the beer scene in south Austin is growing and evolving at a rapid pace– and in some pretty awesome ways. They’re even getting their own bit of a brewery neighborhood down south between Skull Mechanix and St. Elmo at The Yard.

So yes, this Austin brewery guide is long overdue, for that I apologize! But it’s here now, and I’ve detailed everything you oughta know about the seven breweries keeping south Austin brewed. (And I’ve tried not to play favorites, they’re all great!)

(512) Brewing might be one of Austin’s most underrated brewery. That’s not to say they aren’t loved dearly by the beer drinkers in this city, it’s just their beer is hard to come by! This south Austin brewery is only open for a few hours every Saturday afternoon. However, a few their brews are available on draft at bars and restaurants around all the major cities in Texas.

This Austin brewery’s birthday party is one of Austin’s best craft beer events of the year! The whole community comes out to celebrate this brewery, and drink on some of the brews they’ve been hoarding, aging, and working on all year.

This warehouse style beer garden in south Austin is a perfect community gathering place to bring your friends and family. Expect to fill up on good brews and eats set along with music from some of Austin’s favorite artists.

This place is always packed, and nobody cares. That’s what happens when you brew delicious beer … In fact, The ABGB isn’t just one of Austin’s Best Brewpubs. It’s also been recognized for being a great brewpub on a national level! The ABGB team won Large Brewpub Of The Year & Large Brewpub Brewer Of The Year at the 2016 Great American Beer Festival.

Read This: Fill up With Delicious Craft Beer & Food at These 8 Austin Brewpubs

These guys are metal AF, and I love them for it. Another one of Austin’s oldest breweries, Independence Brewing is a south Austin gem.

New brews and old favorites are on tap at Independence’s tasting room which is open Thursday through Saturday. An industrial, wood-decked space features a large wraparound bar and backdrops of brewing equipment along with regular live music.

Where do I even begin with these guys? This is one of my “Top 3 Favorite Breweries” in Austin, they’re brewing some of the best IPAs in the country, and I don’t care what you say, but this place has the best pizza in ALL of Austin.

Read This: An Insider’s Guide to North Austin’s Brewery District

Yes, those are some lofty claims, but one visit to any of their three taprooms will have you understanding my passion. I’m more familiar with their north Austin brewpub, but their south Austin location is much roomier and more dog-friendly.

My favorite beer to order at either location is their clean and classic Old Beluga amber (paired with two pizza rolls, please and thank you). For your visit though… I suggest you take a crack at their IPAs, they’re sure to have several different versions that’ll change your mind about Texas’s IPAs.

Skull Mechanix is one of the new guys to pop up down south, and they’ve already made a name for themselves in the short year they’ve been open. This place is for the lager-lovers, but I recommend anyone down in the area to stop in.

The industrial brewery is made to look like an indoor-beer garden with the floor to ceiling, wraparound windows. It’s a great place to come with a group of friends or your kids/dogs!

The tap list is long and ever-changing so everyone will find something they’ll enjoy and love. BTW, there’s also a delicious food truck on-site serving up a unique menu of brewery eats.

Read This: 35 Dog-Friendly Bars and Restaurants in Austin, Texas

This is one of those Austin breweries that I recommend to every single person. I’m such a big fan of St. Elmo Brewing Company, and there’s a few good reasons why.

Founded in 2006, Uncle Billy’s Brewery and Smokehouse is a great combination of delicious beer and Texas BBQ for those down in the Barton Springs area.

Uncle Billy’s is one the oldest breweries in Austin. There’s always plenty of award-winning brews on tap to pair with their slow-smoked BBQ, sandwiches & salads. All can be enjoyed with your dog under a large tree-shaded patio.

It’s right around the corner from Zilker Park, making it a great stop after getting some exercise with your four-legged best friend.

Found this guide helpful? Pin these to Pinterest to save for later!

Things to Do for Valentine’s Day in Austin