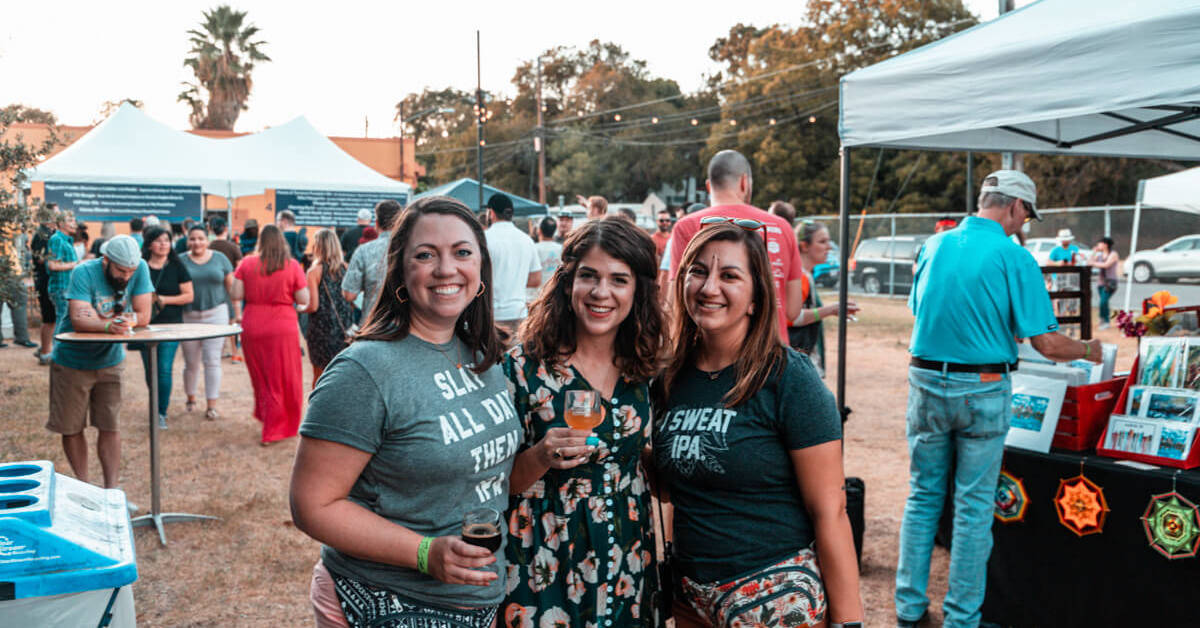 For one weekend, usually near the weekend of the Great American Beer Festival, the Texas Craft Brewers Guild hosts a spectacular beer fest right here in Austin, Texas. This year’s fest was this previous weekend, and I was so looking forward to get back into the grove of things with one my favorite things: Texas craft beer.

Last year during the festival, we were traveling in SE Asia. This year, we would be flying back in to town from three weeks in Europe just days before the opening night: Partners in Craft.

In its 16th year, this Texas craft beer festival is a well-oiled machine. A recent addition has been the Partners in Craft opening night. In its third year, this craft beer fest one of the best attributes of the craft community: collaborations.

Partners in Craft takes place the Friday evening before the main event. Thanks to a limited amount of tickets, this beer festival is much more relaxed than most.

With a complex beer list of experimental brews, this craft beer fest draws a bit more of a ‘mature’ crowd of aficionados.

Taking place at the other end of Fiesta Gardens, you get to enjoy the special beers with lovely, unobstructed waterfront views as the sunsets. Additionally, this is one beer festival I don’t hesitate dressing up for.

I had just returned from Oktoberfest in Munich a few days earlier. Yet, I was surprisingly eager for the festival to begin and to dive back into Texas craft beer.

This craft beer festival is ALL ABOUT collaborations. Collabs between other breweries, local businesses, and your favorite bars; this beer list is a feast of new and crazy beers.

One of the more interesting collaborations was one done in part with Texas Brewshed Alliance and three local breweries: Vista Brewing, Black Star Co-Op (just right up the road from me), and Real Ale Brewing Company. One lager recipe, and three different sources of local water.

It was an incredible collab. Lovely lagers from all…

This trio of filtered beers were some of the coldest beers on tap at the festival. (Yay for triple digits in Fall!!) So Jason and I used a lot of our tickets sipping on these. Guess we weren’t too ready to let go of German styles… :)

Some of my favorite beers from the evening were: (Full list below)

Since 2003, the Texas Craft Brewers Guild has been putting on their own beer festival that remains by, and for the Texan craft brewers and craft beer community.

Going down at the Fiesta Gardens in East Austin the Texas Craft Brewers is the largest beer festival in Texas focused solely on Texas-brewed craft beer! This year, the festival is hosted 75+ Texas craft breweries and 200 some the best Texas craft beers available for tasting.

My first Texas Craft Brewers Festival was in 2016, just a few months after I packed up my whole life in Virginia to move halfway across the country to Texas.

My first year was spent as a last-shift volunteer pouring beers from nearby Infamous Brewing. It was a whirlwind and felt like a speed-dating round with Texas craft brewers but I loved every minute of it.

This year, however, I got to share my passes with Steve Oliver, the Brewery Archteict! If you remember, he was my partner in crime for our Texas Brewery Road Trip.

Being the VIPs that we were, we made plans to meet at the tents at 12:30, giving us a full 90 minutes to enjoy tasting beers and chatting with our brewer friends before the place filled up.

Did you know, the Texas Craft Brewers Festival usually sells out every single year? There’s also always, ALWAYS rain, or at least a 20% chance of it, every festival weekend, as well…

And it did rain this year. Just for three minutes before the sunshine returned…

There’s a lot that you can predict about the Texas Craft Beer Festival.

It’s highly organized and being that it is the top beer festival for Texas craft brewers, they bring out the good beer.

What I noticed was a bit different this year, in terms of ~general beer trends~ was the shift from heavy, overpowering IPAs, to clean and simplistic styles such as Pils and Helles.

While those are ‘simple’ beers in description and taste, these styles can be a challenge to get right. Normally it’s all wild and over-done IPAs at these fests as brewers bring out their ‘big guns’. But this is one shift I can totally dig…

What about you? Were you at the Texas Craft Brewers Fest this year?

3 Weeks in Europe by Car | My Europe Travel Itinerary