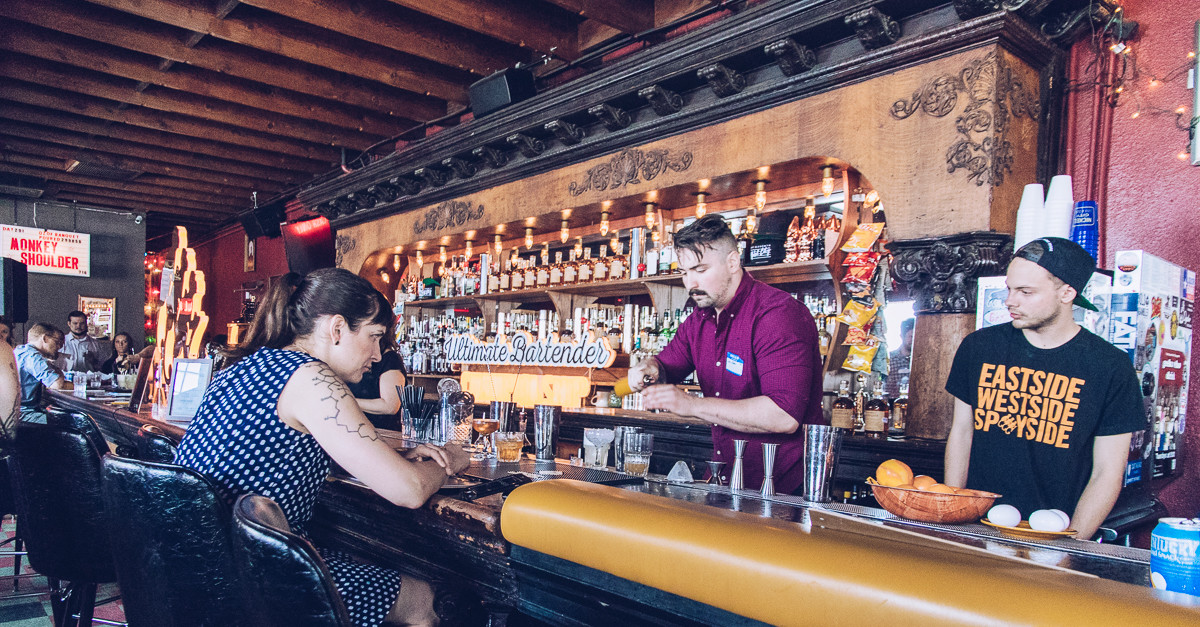 Monkey Shoulder is sponsoring Liquor.com’s Ultimate Bartender Championship, a two-day workshop and competition that teaches and tests up and coming bartender’s skills that ‘pay the bills’. 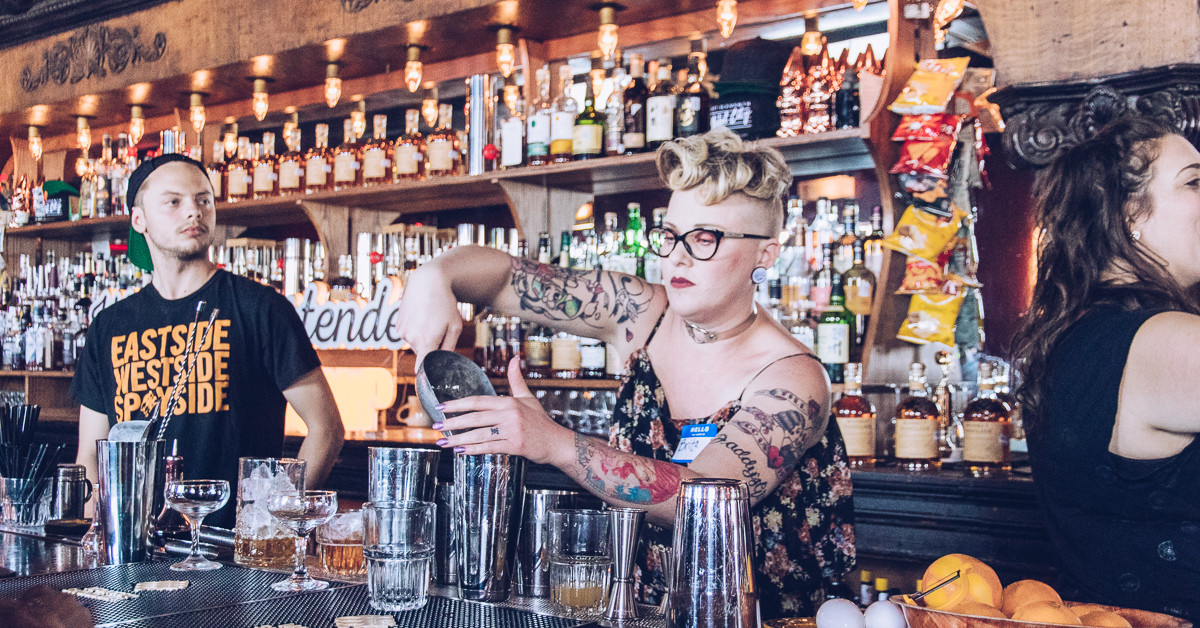 This past Tuesday, Texas’s top bartenders gathered together at Nickel City to crown the top bartender, decided over five rounds of intense competition. The event, hosted by Monkey Shoulder Blended Malt Scotch Whisky, is Liquor.com’s Ultimate Bartender Championship. Austin, Texas was the kick off for the event that will be traveling across the country through October.

The bartender competition went five rounds, testing all the skills that make a bartender extraordinary. The winner will be headed to the Athens Bar Show in Greece. After an intense final round, Cesar Perez from Murray’s in El Paso was crowned the bartending champ!

Cesar who regularly competes in cocktail competitions said the UBC was “By far the most challenging competition he has entered to date and loved how each round recreated all of the elements of bartending.”

All of the final round bartenders were hooked up to a mic piece, allowing them to walk us through their cocktail. What I enjoyed most about Cesar is the funny joke that told the story behind his cocktail, and he finished pouring the cocktail just as his punchline hit. That’s what makes ordering a cocktail an experience not easy to forget. Below is Cesar during the Final Round, concocting his el Chongo Loco. 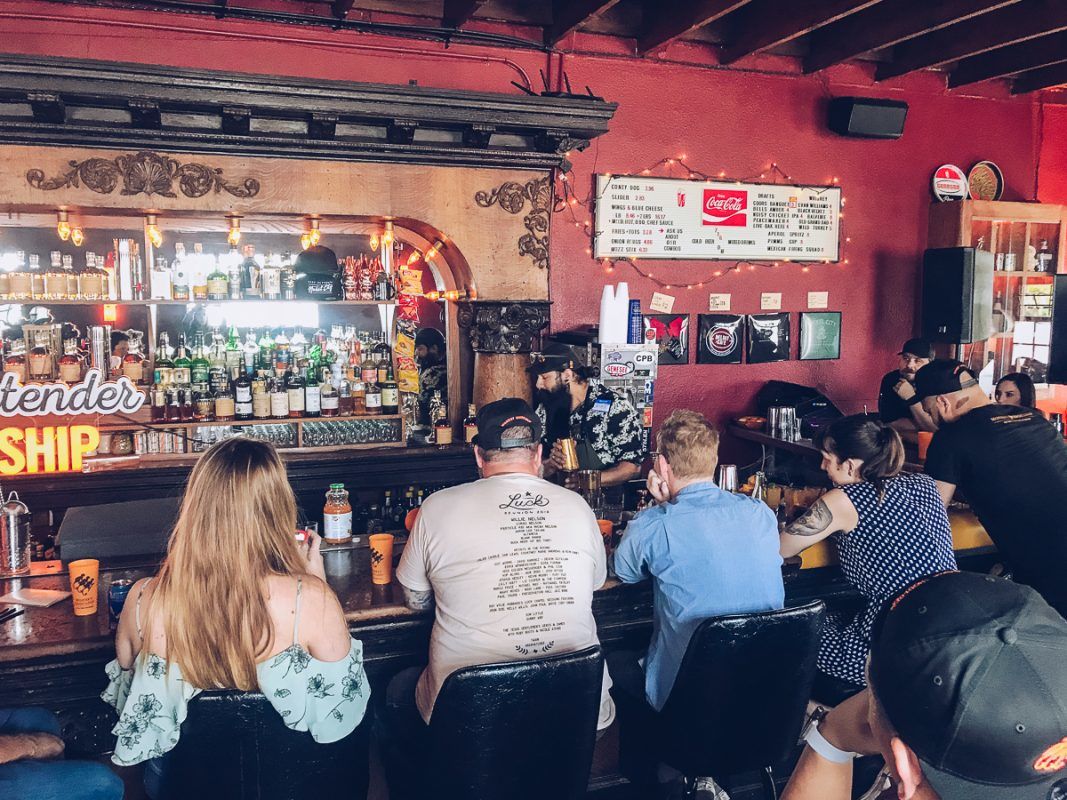 Cesar during the Final Round, concocting his el Chongo Loco.

Challenges for the Ultimate Bartender Championship include:

Mixiodic Table: Contestants must determine the cocktail based on a molecular-style formula, using the mixiodic table to identify the ingredients

Round Building: Build five cocktails in under five minutes (below)

Nosing Tray Service: Take an order of ten drinks, identify ten serves by scent, taste and then properly serve (below)

Championship Round: Mystery Box Cocktail Whisperer – Participants have five minutes to create a cocktail for the judges while telling a tale about the drink and its origin. Note: Not all ingredients below had to used. 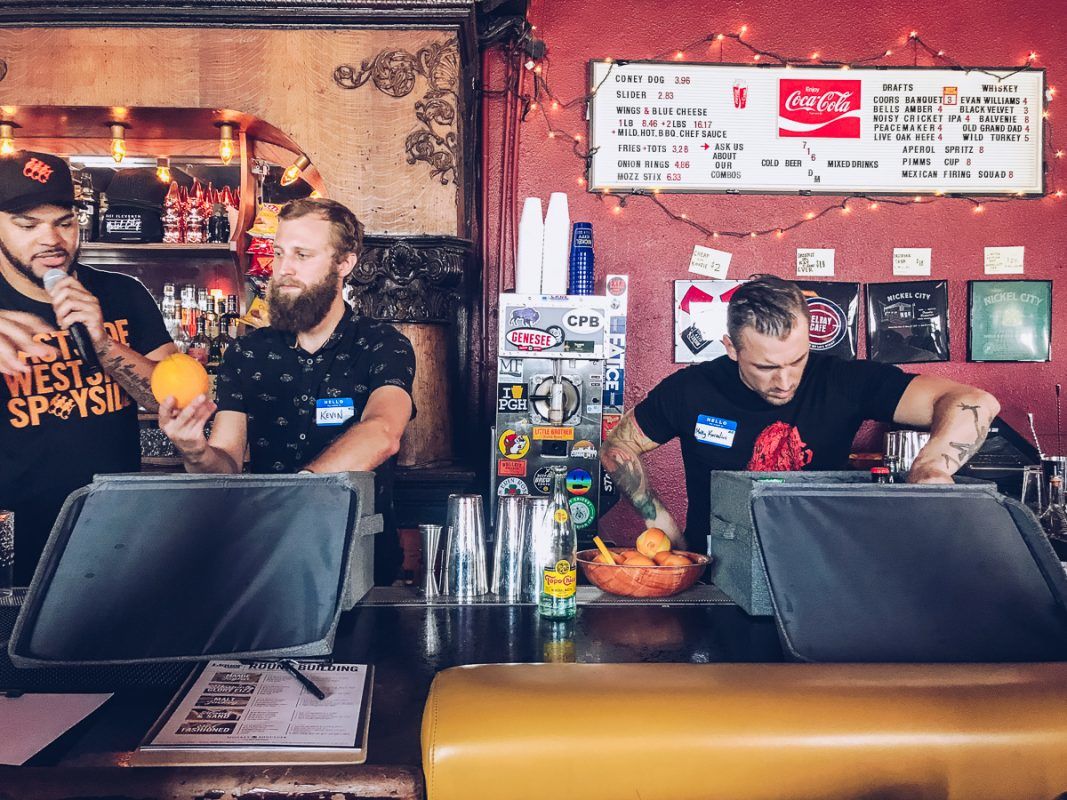 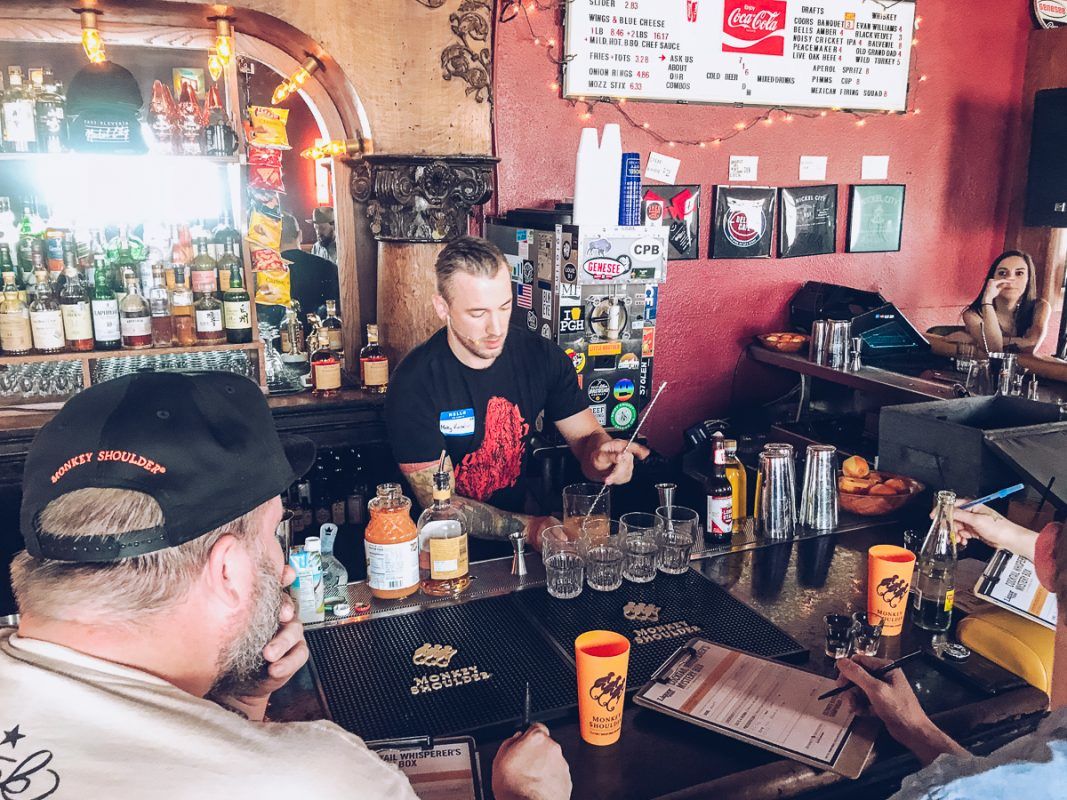 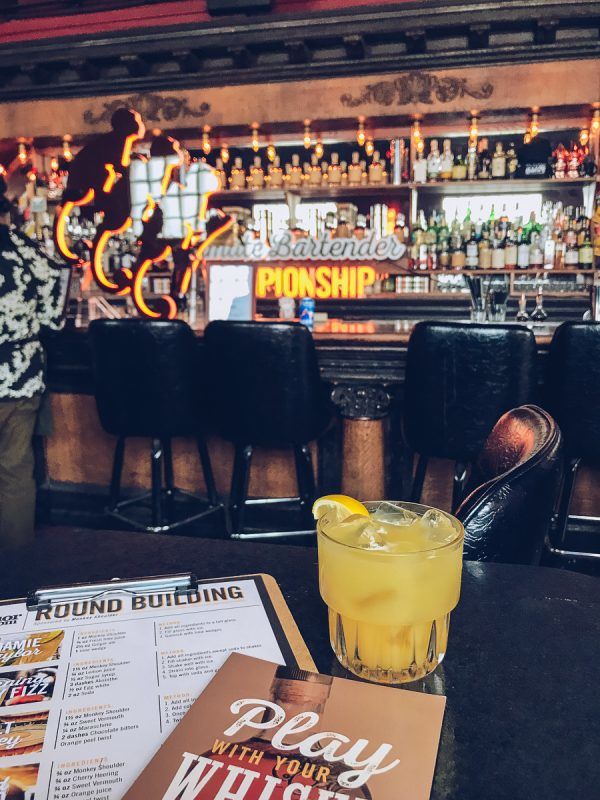 While food is a huge star in Austin, our cocktail scene is beginning to become big business for locals and tourists alike. When asked about what they loved most about Austin’s cocktail scene, here’s what a few judges and the Monkey Shoulder brand ambassador had to say:

What do you like best about the bartending scene in Austin? Let me know in the comments!

If you’re not in Austin be on the lookout for Liquor.com’s Ultimate Bartender Championship in when it visits these cities: Denver, CO (August 6-7), Seattle, WA (August 27-28), Los Angeles, CA (September 17-18), and Tampa Bay, FL (October 15-16). More information can be found here.