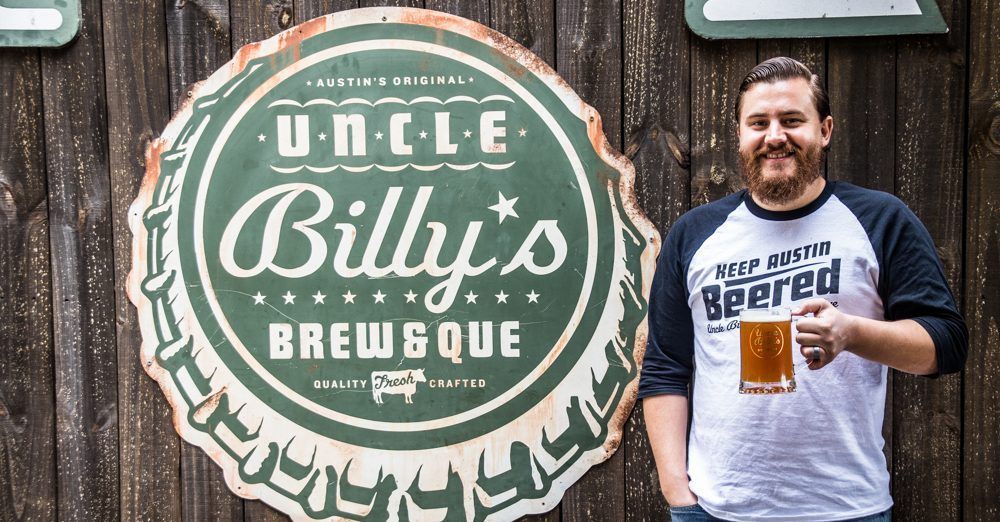 Uncle Billy’s is no stranger to change. But change is good for the Austin brewpub that’s going on 12 years of serving brews and BBQ.

At the beginning of November, Uncle Billy’s announced that their general manager, Stephen Wagner, will be transitioning into a new role as new brewer. The brewpub that’s only a stone’s throw away from Austin’s Zilker Park, also coupled that news with exciting plans for a craft beverage program.

Welcoming in a New Era of Uncle Billy’s

Stephen Wagner was the perfect candidate to take over as head brewer at Uncle Billy’s. While he’s managed the business side of the brewpub for the past year, this will be his first time brewing professionally. 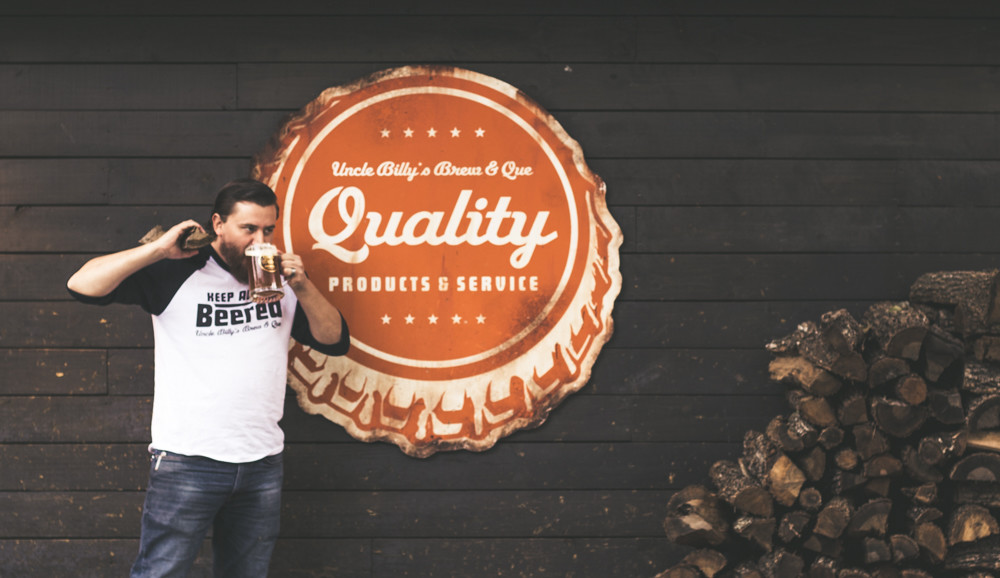 Though this is his first time brewing professionally, Wagner has worked on many sides of the beer industry. His interest in brewing was sparked by working at Cricket’s Grill & Drafthouse, a craft beer bar in Waco, Texas. Since then, he’s competed in homebrew competitions, toured the country to visit new breweries, and worked in many beer-focused roles.

Plus, Wagner has an understanding of the brewpub’s operational side that comes with his experience being its general manager. His unique insight into what Uncle Billy’s customers like to drink is sure to have an impact on future beer styles and house cocktails.
Previous Uncle Billy’s head brewer, Trevor Nearburg wanted to be sure the Austin brewpub would be left in good hands. So over the past six months, he had Wagner put in the hours as his ‘brewing protégé’. Nearburg has even left behind books filled with his brewing notes to make for a seamless transition.
Stephen Wagner will continue to brew many of Nearburg’s recipes in his new role as Uncle Billy’s head brewer. The three core beers Barton Springs Pale Ale, Green Room IPA, and Lazy Day Lager will continue to be the mainstay beers, with Uncle Billy’s “Clusterf#*k”, a session IPA, joining the line-up of year-round brews. 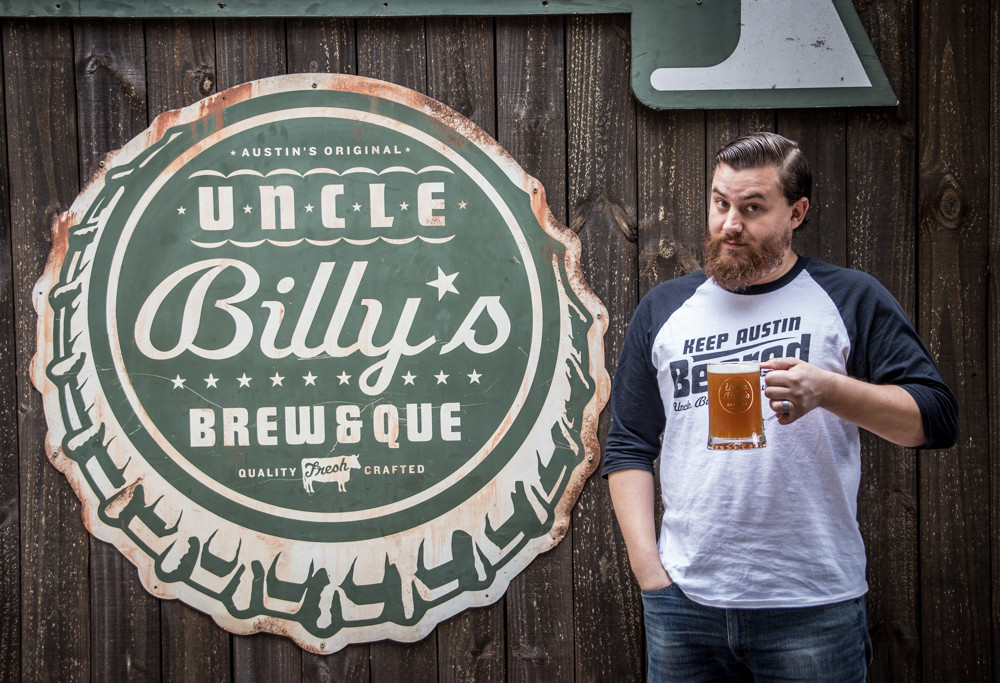 Talking with Wagner and it’s easy to feel his excitement to explore the creativity of brewing with a brewpub such as Uncle Billy’s.

“As a student of craft beer, I’ve developed a serious appreciation for classic beer styles,” says Wagner. “In addition to brewing our current recipes, and playing with experimental brews, I plan on bringing back tried and true beer styles to our menu. My extensive bar management experience will also influence the way we create our menu to ensure that everyone who walks in the door will be excited about the beer selection. It’s great to have the freedom brew both experimental and true classics.”

Another Brewery Makes Moves into the World of Distilling

In addition to his new responsibilities as head brewer, Wagner will oversee Uncle Billy’s production of its own line of craft spirits. Joining central Texas favorites such as, Treaty Oak Distilling and Real Ale Brewing, Uncle Billy’s will become one of the first “brewstilleries” in Austin.
The brewery will blend its new craft spirits on-site, beginning as early as December 2017. So stay tuned for more news to follow about this exciting announcement!

Previous headbrewer, Trevor Nearburg is leaving Uncle Billy’s to open a brewery of his own.

Trevor Nearburg has left as head brewer of Uncle Billy’s to open a brewery of his own. With plans to break ground in Dripping Springs for Beerburg Brewery, Nearburg looks back on his time at Uncle Billy’s as an invaluable step to this new adventure.
In a statement released to the press, Nearburg has feels confident about the change of head brewers, “I’m leaving Uncle Billy’s in great hands. Stephen’s passion for beer and abilities as a brewer are incredible.  I can’t wait to drink his beers and see how Uncle Billy’s will continue to grow.”
And I’ll be looking forward to drinking the new head brewer’s beers as well. Cheers!

6 Incredible Moments From 2017 I Never Want to Forget