This week, the brewers at Austin Beerworks were patiently awaiting the arrival of a very special ingredient: fresh Centennial hops. The hops were harvested Wednesday morning in Oregon and immediately thrown into the jet-set life.

This was a very special evening for the brewery, you could just feel their excitement. And oh buddy, was it a contagious feeling. 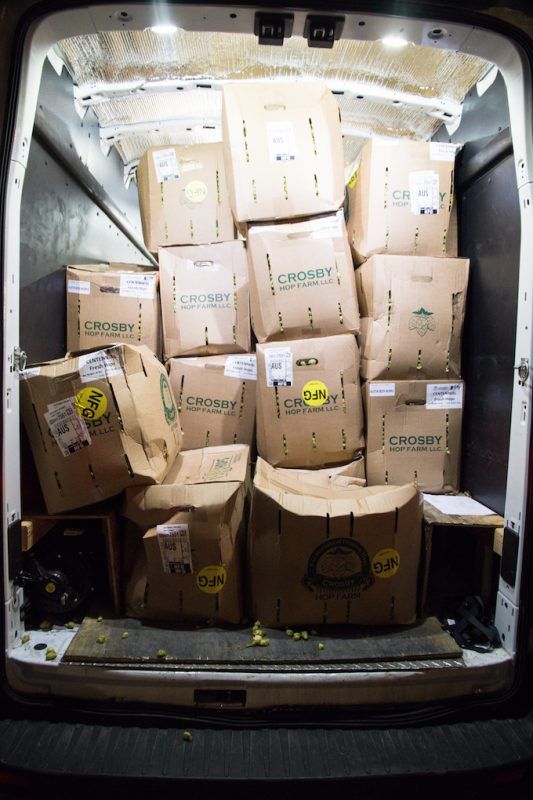 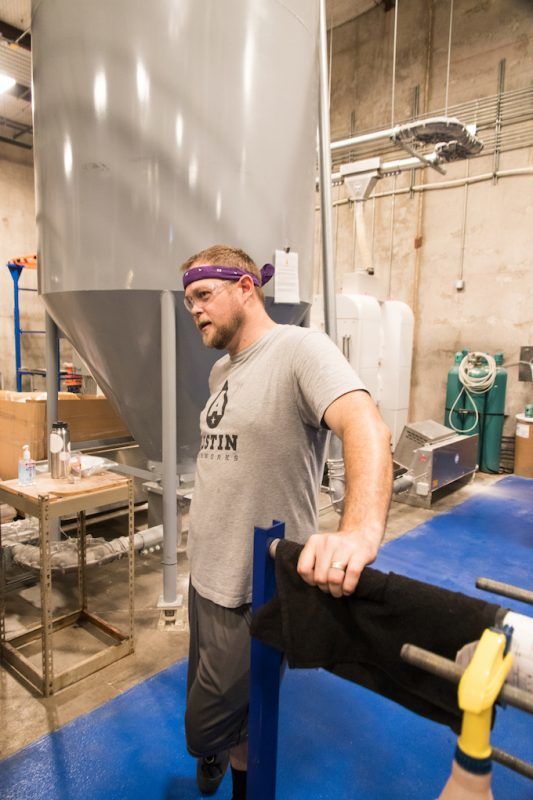 Nick, one of the Austin Beerworks brewers there for the night brew

The brewery decided to give tours that evening since three brewers were there for this special night brew. Of course, doofus me wore open-toed shoes to a factory… so only Jason, my talented photography, went on the tour.

While he learned all about wet hops and saw where all the Austin Beerworks magic happens, I was stuck outside enjoying my Tart Saison.

I made use of the time and started researching hop harvest in Oregon and wet hopping beers. There’s still a lot I have to learn about hops, and the other ingredients that go into the beers we love to drink, but each experience like this drives my thirst for education further.

Since the hops were scheduled to arrive at Austin International that evening, the Austin Beerworks brewers planned for an all-nighter of brewing beer. It must have been quite a day for those Oregon wet hops (or fresh hops)!

When the truck pulled up to deliver the one ton of wet hops, you could smell the hoppy freshness right away. The attention of all the drinkers sitting outside immediately went to locating the source of the piney, floral smell.

As soon as the van doors were opened the strongest piney smell was released, it was like a bat call for hop heads. Immediately Austin Beerworks employees began transferring their hops into their new hopback, a sealed chamber where the whole-leaf hops are added.

What is Wet Hopping?

Dumping the hops in. Several of the employees took a turn dumping in boxes of the fresh, aromatic hops.

Most beers use dried hops that had been added during the boil. After hops are harvested, they can be crushed into pellets or dried as whole flowers allowing brewers to use their harvest of dried hops throughout the year.

So what is wet hopping? The term ‘wet hop’ refers to hops that are used fresh off the vine without being processed. These hops must be used immediately following their harvest.

On the other hand, ‘dry hop’ refers to a method by which hops are added during fermentation and conditioning.  Dry hops are commonly used to enhance a beers flavor and/or aroma.

Wet Hopped beers have become very popular recently. Especially for those like myself who don’t like the bitterness common in many styles. Fresh, or wet, hops can create a lighter, smoother beer, both in taste and aroma.

Experience a much lighter aroma, and an earthy, deeper flavor when these wet hopped beers start hitting shelves in full force late September through mid-October.

Most North American hops are harvested each year late August through September. And for you hop heads, that means you’ll have a fresh batch of wet hopped beers to enjoy beginning in early October.

Important to note though, these wet-hopped beers (or fresh-hopped as refereed by some) must be consumed ASAP!

Now that I’ve seen the wet-hopping process, I’m craving more experiences learning about the ingredients that go into the beers we love to drink.

While I patiently wait for Austin Beerworks’s Heavy Machinery IPA (hopefully late September!), I’m researching malt and hop farms nearby, but if you have any suggestions please let me know in the comments!

Are you a fan of wet hopped beers? Let me hear your favorites!

By the way, let’s get connected on social media. I’m always sharing my newest interviews and adventures, fun events, and exclusive beer giveaways. Like my Facebook page or, connect with me on Instagram and Twitter! 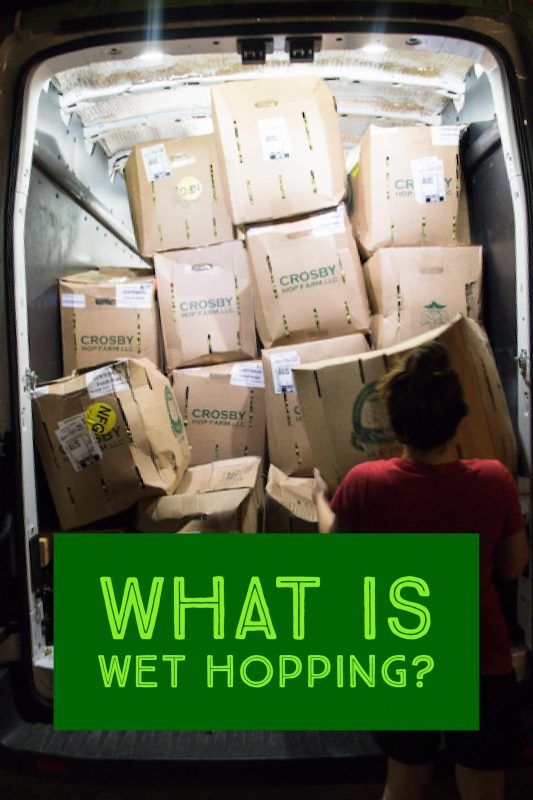