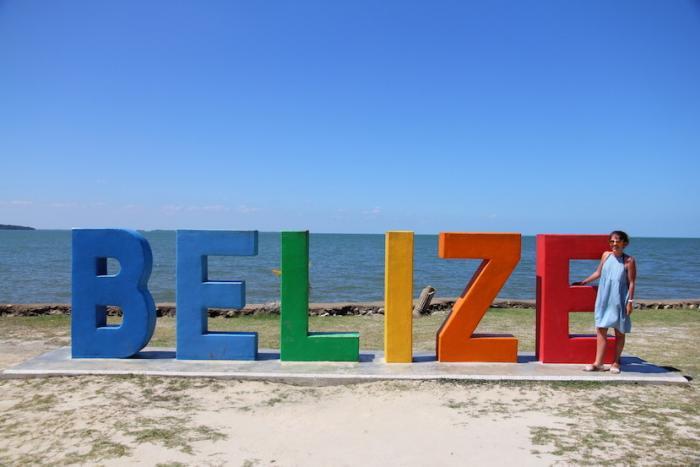 There really aren’t many ‘Belize City things To Do’ for travelers and tourists. It’s where you catch the water ferry or a bus to some of the other towns, but there’s no need to spend more than a few hours around here.

Belize City sits on a peninsula pointing east to the Caribbean Sea. It’s not the actual capital of Belize (that’s Belmopan), but more the historical capital and main port for the country.

You can certainly go to the Belize Signs, there’s two of them in Belize City, but you’ll most likely use Belize City just for the water taxis to the cayes. Even the airport is a 20 minute drive inland. 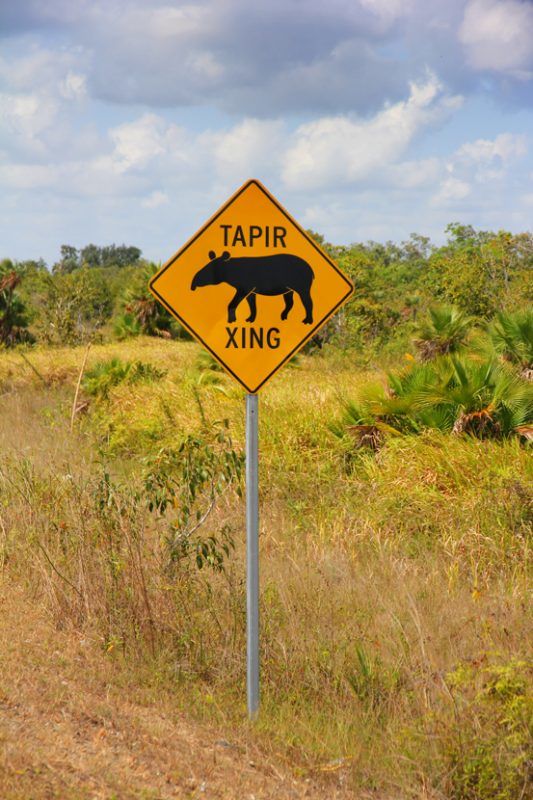 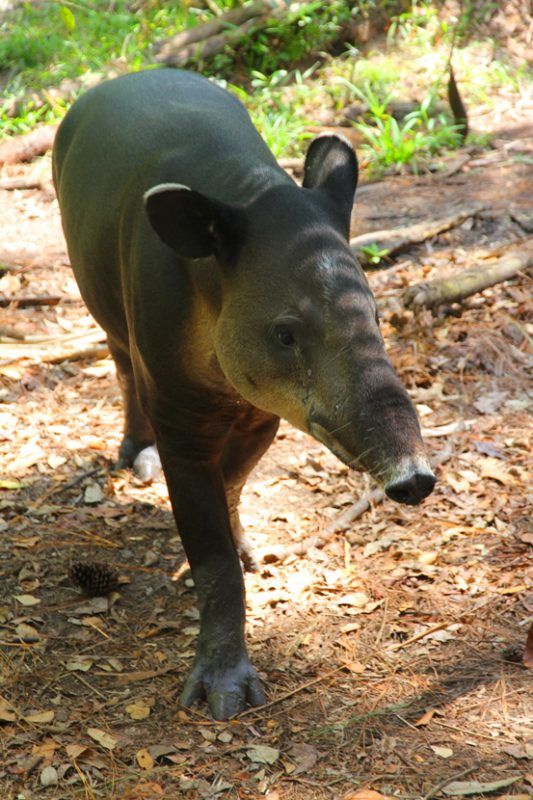 It’s called a zoo, but the Belize Zoo, which is nearish to the airport, is more of a conservation, rehabilitation, and education project. Shortly after the zoo began in 1983, the staff quickly noticed how unfamiliar Belizeans were with the different species of animals inhabiting their backyards.

That aspect to educate is a commitment that help the tiny zoo grow into an incredible wildlife education center.  Currently, the Belize Zoo on 29 acres of land and exhibits over 45 species, all of them are native to Belize.

The Belize Zoo also keeps native animals which were orphaned, rescued, born at the zoo, rehabilitated animals, or sent to the zoo as donations from other zoological institutions.

The zoo is going to be on the way to most of whatever city you’re heading to in Belize. Skipping it something you won’t want to do. We went on the last day of our two-week adventure in Belize and were able to see all the native animals we hadn’t seen already.

Like Belize’s National Animal, the Tapir or the rare Harpy… 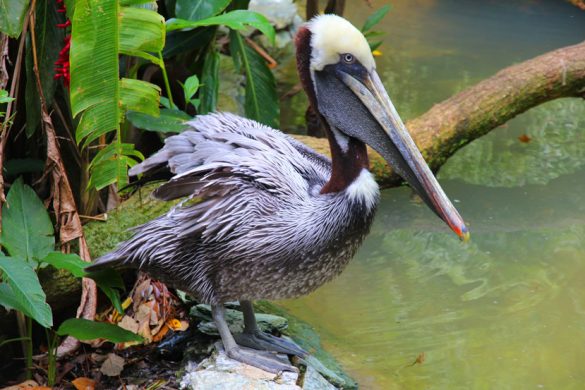 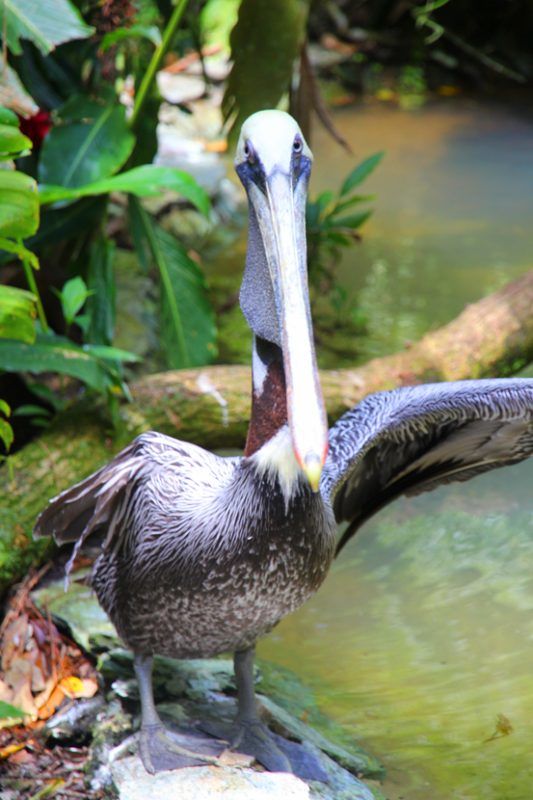 One of the Belize Zoo’s rescued pelicans. This handsome fellow was missing his right wing. Good thing he was in a nice, safe enclosure that was in his natural habitat! 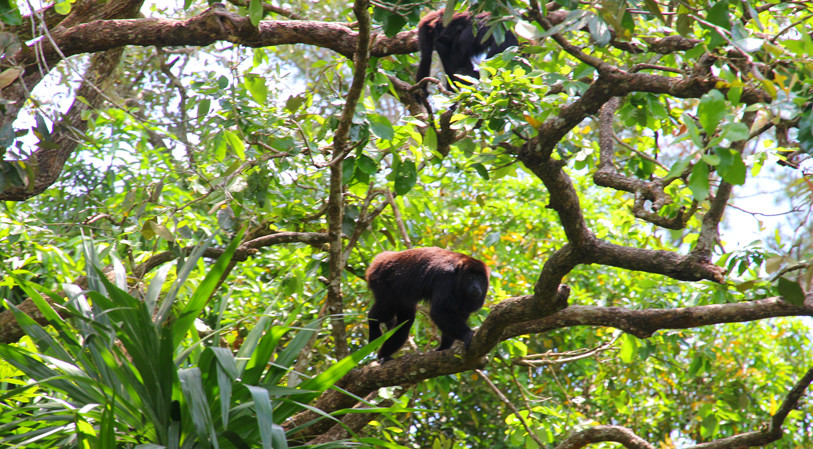 Howler Monkeys- Unfortunately (?) we didn’t hear any of them howling during our time in Belize. They do howl for all types of reasons, some of which include when they’re lost or stressed..

The Belize Zoo has a large pack of Spider Monkeys. They’re have such long limbs and it’s fascinating to just watch them navigate through the tops of tall trees.

UM OKAY. Fun story time for this little teenage Jaguar that the zoo has had since he was a baby…

At the Belize Zoo, there are no typical, American safety barriers to keep the idiots safe from sticking their hands in cages. So, you’re inches away from the cages of most animals, including him.

We saw him laying, using the bathroom if I’m being honest, a few feet from the wire. It was the closest we had been to any of the zoo’s big cats so far, naturally, we were intrigued.

After gazing and admiring him for a few seconds, he pounced. The teenage Jaguar male pounced at us, inches from the cages. Almost, as if he was playing. I can tell you, it didn’t feel like he was playing.

Every hair on my body stood up and for the first time, I felt a cold feeling of fright. I couldn’t imagine running into the stomping grounds of one of these beautiful, stealthy creatures.

Yes, you read that right! We stopped at the only prison in Belize to check out the gift shop. What’s interesting about this gift shop, is how all of the items inside are made from prisoners inside the jail.

A group of 20 prisoners are the artists and woodworkers behind the gift shop at Belize’s only prison. The shop, ran by a prisoner in orange jumpsuit, has all types of beautiful pieces. Most of which are crafted from the natural woods of Belize, which the prisoners go out and cut down themselves.

It’s an interesting place to visit and I loved talking with the gift shop clerk. 40% of the sales from the pieces go to an account that is released to the artist/prisoner upon their release. I loved hearing that and I think it’s a great way to help someone get off on the right foot. 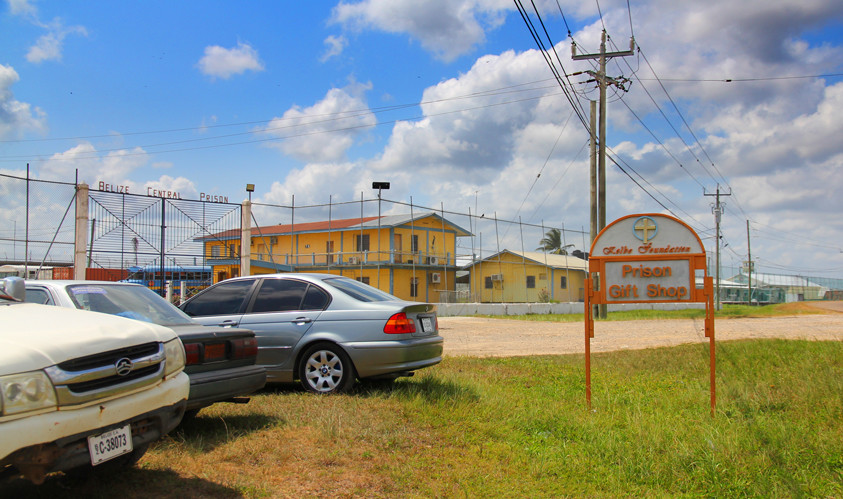