10 Northern Virginia Breweries That Will Knock Your Socks Off 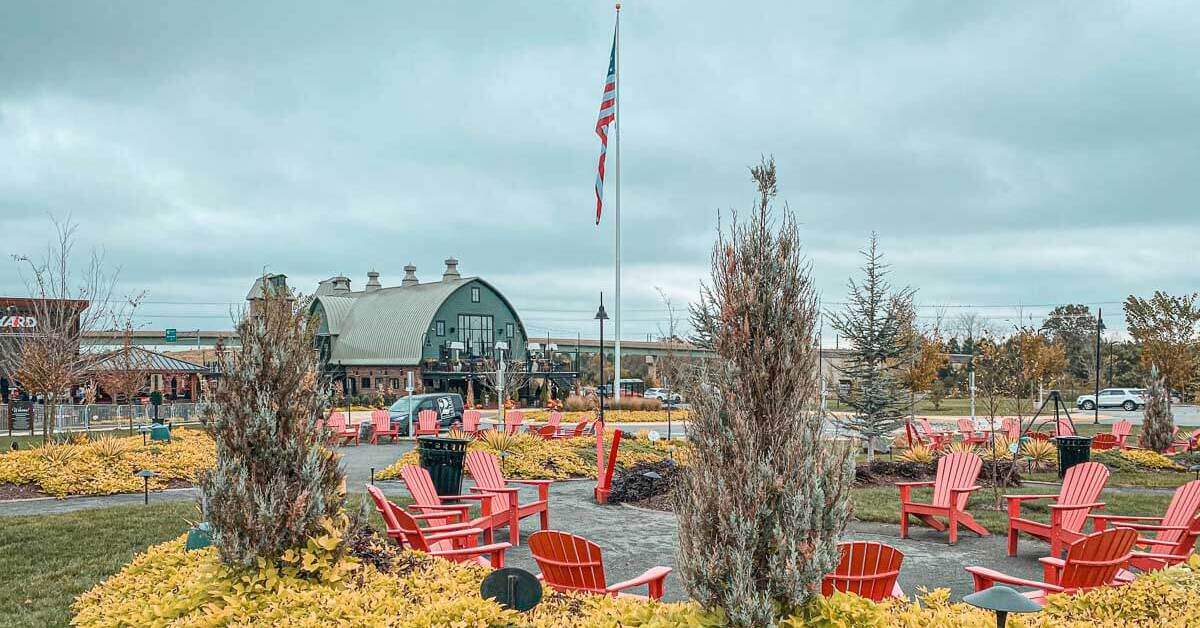 Northern Virginia is an area of the state that’s always been known for its outstanding wines and vineyards. Recently though, there’s a booming craft beer scene brewing up their own magic.

That’s because just south of our Nation’s capital are counties like Alexandria, Loudoun and Fairfax that are growing breweries left and right. Loudoun alone has the most with 35 breweries, and counting!

Out in those parts, there is plenty of space to grow and expand. You’ll find most of the Northern Virginia breweries are on large plots of land, hidden away behind all the hills and down long gravel driveways.

Traveling right now is uncertain. Please keep your safety (and the safety of others!) in mind at all times. If you feel comfortable with traveling, do so, but please travel responsibly and follow all regulations. Travel is at your own risk, always, and especially right now.

If you do decide to travel at this time, here are my recommendations:
– Wear a face mask.
– Bring hand sanitizer and wash your hands on a regular basis.
– Check official websites before your trip for the latest updates on policies, closures and status of local businesses.
– Make sure to book a hotel with free cancellation in case you need to change your plans at the last minute.

Tip: How to Get Around Northern Virginia

There’s a saying I have about Northern Virginia, “It takes 30 minutes to get anywhere”. AND IT’S TRUE. Keep this in mind when you’re planning your route exploring these Virginia breweries.

There are rideshares available everywhere, but it can get expensive. If you’re really looking to explore a wide area, give a quick search for local brewery tour businesses.

My advice though is to find a hotspot, where there’s a few breweries, and maybe a winery. When you get out there, take it slow and soak up the views of some of the prettiest hills on the East Coast.

For an easy to navigate and saveable Google Map list of Northern Virginia’s best craft breweries, head over here.

2 Silos Brewing is an eight acre destination brewery and campus with delicious eats and a live music venue. Founded in 2014 by longtime friends, today the brewery campus is known as Farm Brew LIVE.

Taco food trucks, winter igloos, a long list of beer and a nearby fine dining restaurant, this spot in Northern Virginia is quite the adventure!

With two locations, Aslin Beer Company has quickly grown thanks to their ability to create beers that bring innovation and creativity to your favorite styles. Their Alexandria taproom (pictured above) is their newest taproom. It’s a colorful, well-lit space that gives you a perfect view of their entire brewing operation.

Bear Chase Brewing is a strong contender for “Best Taproom Views” across the entire East Coast! Grab a beer and be awed by the views of the surrounding Blue Ridge Mountains. The brewery taproom was built for optimal viewing, both indoors and out.

Along with great views, their “Brew Barn” includes two complete brewing systems, a dog-friendly taproom for taste testing, seating around wood fire pits, and plenty of room for exciting special events or simply relaxing with a cold beer.

Crooked Run Brewing is another Northern Virginia brewery with two locations. Their most popular location is located in Sterling (where they share a space with Senor Ramon Taqueria). Fresh weekly releases mean you’ll always find something new and interesting at whichever taproom you decide visit.

Founded in 2011 by Matt Hagerman, Lost Rhino is one of the oldest craft breweries in northern Virginia. Lost Rhino has won awards for so many of their beers. From their Vienna-style Lager, dry stout, and beloved Face Plant IPA, there are all sorts of amazing beers being brewed here.

And in case you were wondering about that name… The name, Lost Rhino, comes from a surfing term: Rhino Chaser. That’s someone out to find the best waves, the biggest waves– an adventurer. The lost part simply comes from being landlocked in Ashburn, Virginia.

Located close to the Dulles International Airport, Ocelot Brewing is a haven for both local and out-of-town beer lovers. The brewing team specializes in everything from big, bad barrel-aged beers to hoppy IPAs and funky sours. Their known for brewing tons and tons of one-off beers, so you’re likely to never encounter the same menu twice!

Old Bust Head Brewing was one of the first breweries in Northern Virginia that I ever visited, and I still find myself coming back nearly every time I’m in town. Known for their traditional ales and award-winning lagers, Old Bust Head’s taproom is part of a unique farm called “Vint Hill”.

In case you didn’t know, Vint Hill operated as a top secret military listening post for over 50 years! The modern-day Vint Hill farm is now home to Old Bust Head and a handful of other local businesses.

Port City is Alexandria’s oldest packaging brewery in the metro D.C. area. They offer a full lineup of amazing brews at their taproom and state-of-the-art brewing facilities near historic Old Town Alexandria. On tap, you’ll find plenty of classic German styles as well as a sprinkling of some of the more popular styles of today.

The Farm Brewery at Broad Run

Nestled on a six acre working farm in Haymart, The Farm has an exceptional beer garden that is made for staying cool in the shade. When it comes to their beers, they always have a long list of crowd-pleasing styles. But, you can also expect to find several unusual and rule-breaking beers on tap as well. (Like a blueberry Altbier or a jalapeño Cream Ale!!)

Another amazing farm brewery in Northern Virginia is Vanish Brewing. This one is loved by beer nerds far and wide! Vanish is a 63-acre family-owned, farm-brewery that offers plenty of food, outdoor/indoor space, and scenic views.

Their taproom typically features 15-20 of their own beers, all have been crafted with local ingredients. Their brewing philosophy focuses on what they call, “plant-to-pint and seed-to-sip”. Naturally, they also have their own hop farm! 53-acre farm with an extension hop yard and an average of 20 beers on tap.

Does Beer Expire? A Lesson on How to Properly Store and Age Your Beer