Tubi 60: the Israeli Liquor You Need to Taste ASAP

Tubi 60 is an Israeli spirit that is like nothing you’ve ever tasted.

Lucky for you, I got to try try some.

Lucky for Texans, as well! We’re one of the first states to start distributing this exciting new spirit. Tubi 60 is from Israel and its quickly exploding in international popularity. 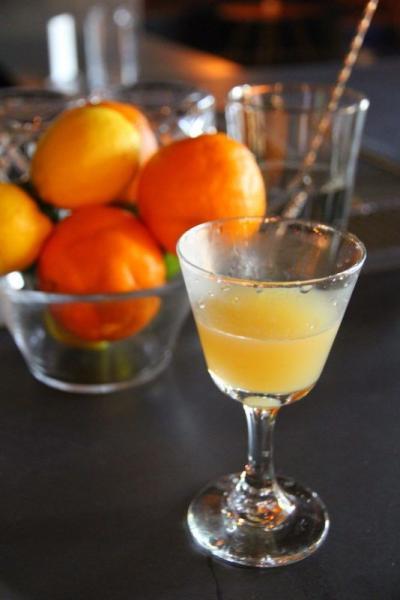 If you’ve traveled to Israel, chances are you already know about this herbal spirit. In that case, I’m happy to deliver some great news to you!

Tubi 60 is Austin and other major cities in Texas and New York. The Israel distillers will be expanding other states as well this spring!

If you’re new to this spirit from Israel, read on:

Their family liquor quickly became a huge hit in the Tel Aviv party scene. The brothers didn’t use any gimmicky marketing campaigns and let Tubi 60 spread by word of mouth.

Hilal and Yanai didn’t want to create a lifestyle product though. Instead, Tubi 60 like so many great craft beverage makers, was created with the hopes of building a community and bringing friends together for a fun time.

Even as it grows in popularity, the spirit is still being distilled in small batches in Israel!

It’s hard to describe what Tubi 60 tastes like. It for sure, tastes like nothing I’ve ever had before. Regardless, I loved the flavor. The spirit is infused with lemons, herbs, spices, flowers, and tree extracts.

Some of the flavors in Tubi 60 I taste the most are those flavors such as lemons, ginger, turmeric, clove, cumin, saffron, anise, and mint. The bottle says its 40% alcohol, but it’s easy to drink. A bit dry, but smooth with a touch of sweet. 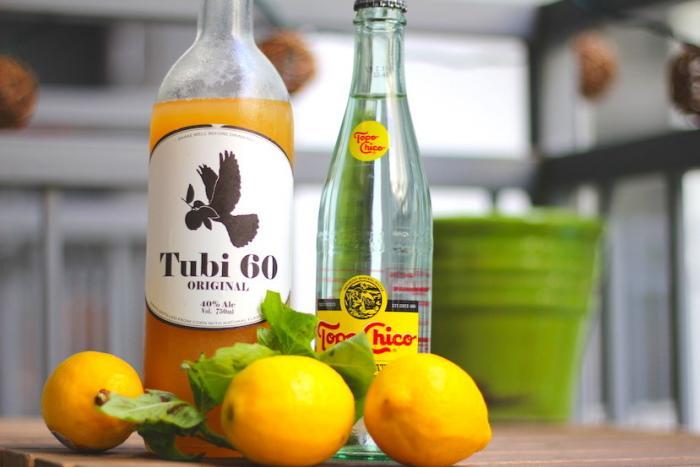 The Story Behind Tubi 60’s Ingredients

The brothers behind Tubi 60 liquor worked with chemists and botanists before they introduced it to the party scene in Tel Aviv, Israel. They all worked together to find the perfect combination of ingredients. They were looking to create a spirit that would give you a pleasant buzz without a hangover.

The scientists and Israeli brothers were able to accomplish just that! Tubi 60 almost tastes like it should be healthy, but that’s mostly from the lack of added sugars or artificial flavors.

There were several factors that made the herbal spirit so popular in Israel. First, this was a spirit that had a better value than most of the competition around. Tubi 60 is moderately priced, even in the U.S.

On top of the price, there’s a huge value that comes from the versatility of how or when one can drink the spirit. The versatility of Tubi 6o might be the biggest factor to it’s growth in popularity. It’s pretty much the “Swiss Army Knife” of cocktails. 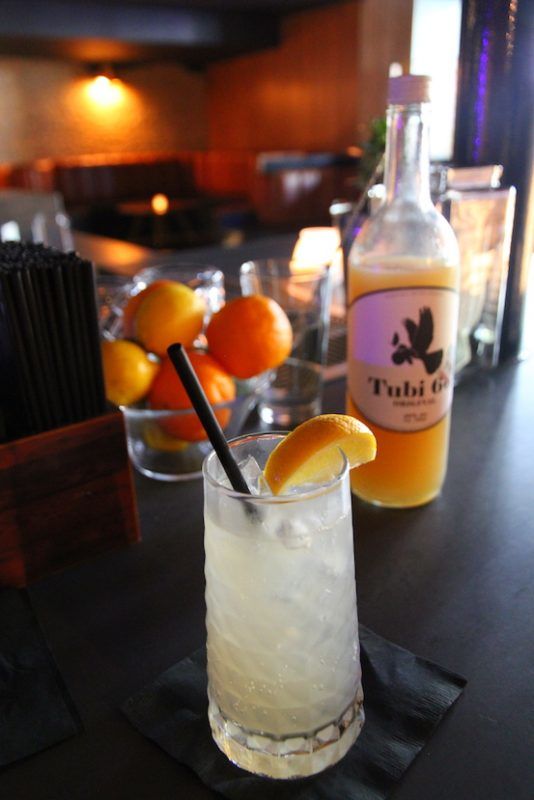 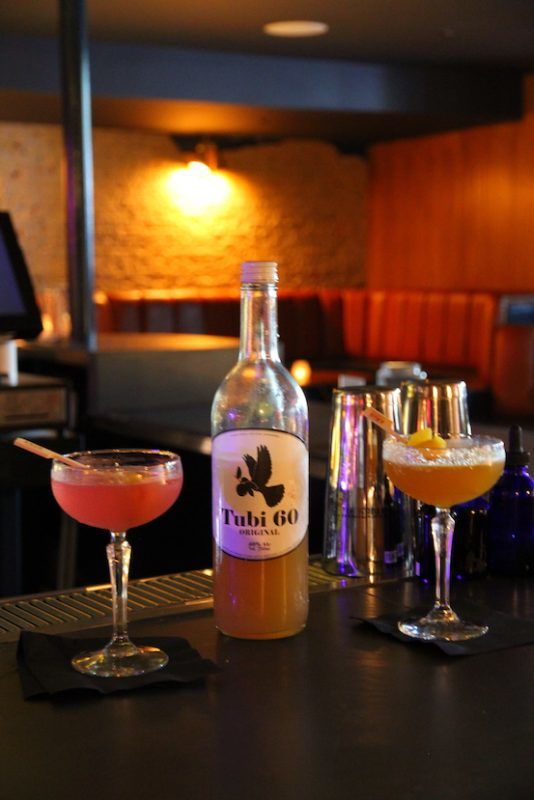 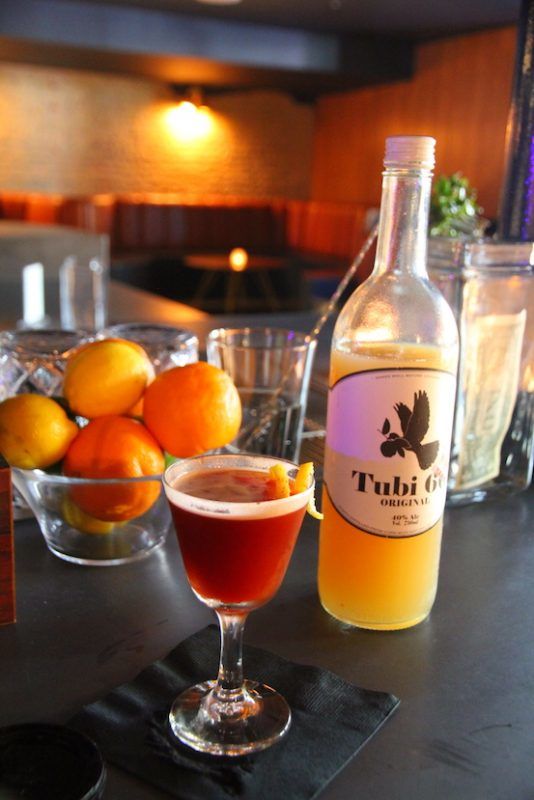 How to Drink Tubi 60

Drink it straight when you’re pre-gaming, on a hot afternoon in a cool cocktail, or drink it at the club on an exciting night out. Whenever you drink Tubi 60, it’s that one spirit that fits perfectly anywhere, any occasion.

Tubi 60 is best drank chilled. Just make sure to shake the bottle before pouring. Since there are no chemical stabilizers, the natural ingredients will settle. In Israel, they prefer to drink it simple: either straight or with soda water. 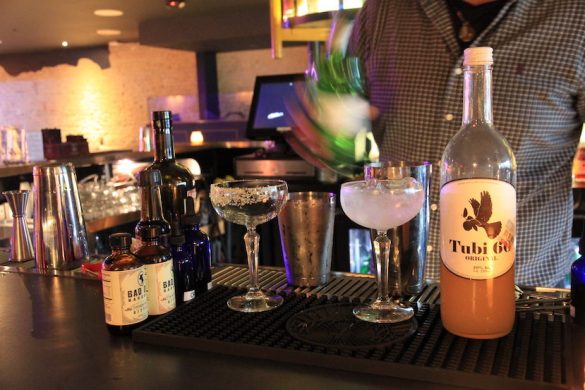 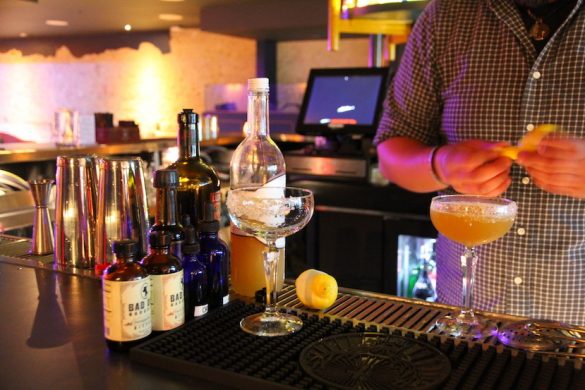 The flavors of this alcoholic spirit are a perfect base for the most common cocktail flavors like citrus, spicy, and sweet. Tubi 60 goes well as alongside the most simple of cocktails, but it can also dress up and get fancy when it needs to.

My first taste of Tubi 60 was at Seller’s Underground in downtown Austin, Texas. It was a quiet weekday happy hour. So the bartenders were more than happy to play around making a variety of Tubi 60 cocktails.

We made a few different drinks, subbing in Tubi 60 or adding it for a new taste to a classic. The Seller’s bartenders nailed the cocktails every time!

The cocktail mixing-fun doesn’t end there for Tubi 60 though.  Tubi 60 also pairs great with a simple soda water. In Austin, we prefer Topo Chico. Also, Sparkling wine, prosecco, and champagne are some standard, delicious mixers for chilled Tubi 60.

Beyond the standard mixers, you can make tons of stellar cocktails with Tubi 60 and a few ingredients. Or, just drink the spirit chilled and straight. Either way, it’ll become a new standard on the American alcoholic beverage scene. 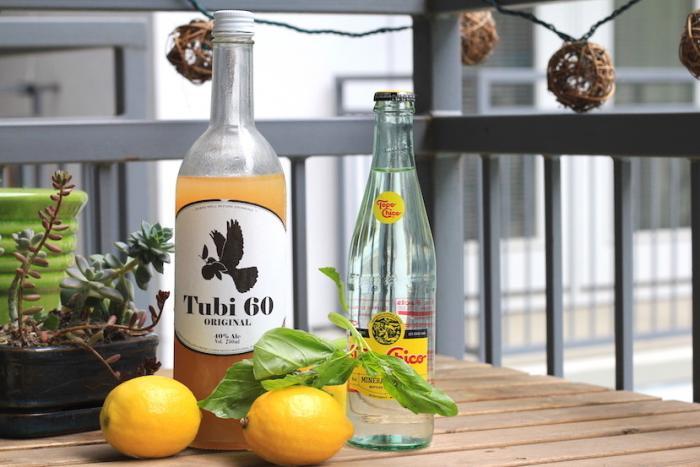 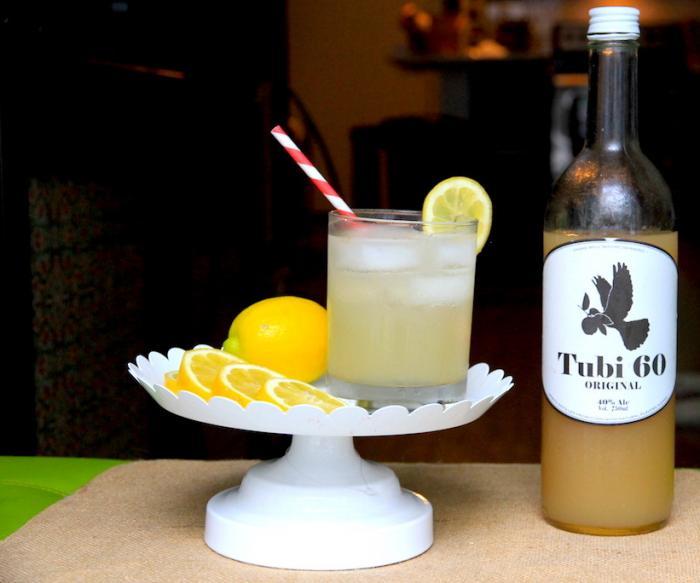 Where to Get Tubi 60 in the USA

Right now, outside of Israel, Tubi 60 is available only in Texas and New York. It’s available at bars and liquor stores in Austin, San Antonio, Dallas, and Houston. You can also order online or buy at Spec’s throughout Texas

This company is very excited to work their way, by word-of-mouth, through the states. If you’d like them to come to your city, let them know! 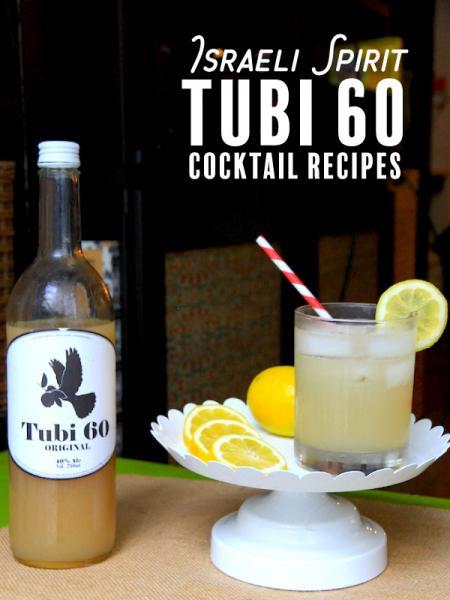 Pin me to save these Tubi 60 cocktail recipes!

What kind of cocktail would you like to make with Tubi 60? Let me know in the comments!